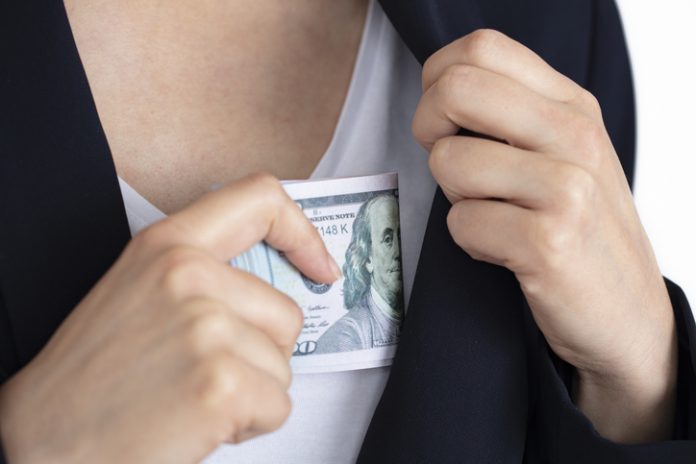 The once relevant Jonah Goldberg in 2009 accurately catalogued the direction the Left has long been headed.  His book “Liberal Fascism” details fascism’s direct lineage – from 1930s Europe all the way down to what’s happening here and now.  My only quibble is a long-held hobby horse: There is NOTHING “liberal” about the Left.  And it is the Left with whom we are dealing.

The Zeitgeist long ago inaccurately-but-successfully ascribed fascism to the Right.  Here’s the 1983 edition of the American Heritage Dictionary doing exactly that:

“A system of government that exercises a dictatorship of the extreme right, typically through the merging of state and business leadership, together with belligerent nationalism.”

Except all of the world’s fascists have been Leftists. Both Adolf Hitler and Benito Mussolini were Socialists immediately prior to becoming Fascists.  They changed armbands – not ideologies.

What the American Left is doing is a variation of Leftist fascism.  There’s no “belligerent nationalism” here.  They loathe this country – and are actively ensuring its destruction.  Call it hyper anti-nationalism.  The America Last approach.

But the American Left’s got “the merging of state and business leadership” down to an art form.  The revolving door between government agencies and the industries they allegedly oversee is a decades-old DC joke.  Spend a few years in DC doing government favors for businesses – then revolve out to nauseatingly lucrative gigs with said businesses.  It’s really awful musical chairs – with only the Yoko Ono oeuvre being played.

There are even as I type several high-profile DC instances of this Big Government-Big Business fusion.

The most obscene being Big Pharma absolutely owning the Center for Disease Control and Prevention (CDC) and the Food and Drug Administration (FDA).  Throughout the China Virus government lockdown era, Big Government has put forward obviously fraudulent “science” to not just expand and extend its power and control – but to censor any mention of non-Big Pharma-enriching solutions to the virus.

Big Government has throughout mislabeled as “mis-“ and “disinformation” any mention of Covid treatments like hydroxychloroquine and Ivermectin.  Even though there are many decades of ample evidence that they work to preempt Covid viruses and dramatically minimize their effects – including with this one.

The CDC has “Prevention” in its name.  Yet it has actively attacked and impugned actual, effective preventatives.  And instead forced us to rely solely upon highly ineffective – and in many cases harmful – (non-)inoculations.

The Big Government-Big Pharma problem being?  Hydroxychloroquine and Ivermectin are decades old.  Which means their Big Pharma patents expired long ago.  Which means they are very, very cheap.  Especially when compared to the brand new Big Pharma vaccines – and their many, many subsequent booster shots.  That Big Government is trying its very best to mandate We the 330+ Million take.  And retake.  And take again.  And then….

Oh: And the far-and-away #1, omnipresent, always-on-TV guest to discuss the entirety of the China Virus freakout?  And constantly, incessantly push mass vaccination?  Scott Gottlieb.  His resume?  He’s a former FDA commissioner – who now sits on the board of vaccine-pusher Pfizer.  And the door revolves again….

Want another DC example?  No problem.

The Department of Transportation (DoT)’s Federal Aviation Administration (FAA) is currently serving as the heavy mob for Big Airline.  Big Airline is spreading disinformation – that Fifth Generation (5G) wireless deployment near airports will interfere with airplane technology.  And  the FAA is dutifully amplifying Big Airline’s stink – and is impeding further 5G deployment.

The FAA is ignoring the fact that the very same government of which it is a part – during the Donald Trump years – proved beyond any doubt that 5G doesn’t interfere with airplane tech.  In no small part because the physical properties of spectrum are the same everywhere – and more than thirty countries are already safely using the exact same bands of spectrum Big Government and Big Airline are claiming are a problem here.

“The airline industry…is poised to get $60 billion from the bailout fund….Notable executive United Airlines general counsel Robert Rivkin donated $2,800 and hosted a fundraiser for the campaign. Rivkin, no stranger to the revolving door, served as general counsel to the Department of Transportation under Obama before taking an executive job at Delta Airlines….Caroline Kennedy, former ambassador to Japan under Obama,…sits on the board of Boeing….”

Want another DC example?  No problem.

Behold the Federal Communications Commission (FCC).  Which oversees all things broadcast in the US.  A fully populated FCC is made up of five voting Commissioners – one of whom also serves as Chairman.  Three are of the President’s Party – two of the other.  The FCC is currently constituted at 2-2 – awaiting the tie-breaking confirmation of President Joe Biden’s exceedingly awful nominee Gigi Sohn.

Sohn isn’t just a hardcore Leftist – she is a DC revolving door hardcore Leftist.  Sohn previously worked at the FCC during the Barack Obama Administration.  During which she engaged in some…questionable behavior.

Sohn publicly advised – via Twitter and the attending hashtag – Title II-Net Neutrality government-power-grab-proponents how best to file Comments during the FCC’s Comment Period.  During which Sohn and her FCC colleagues are allegedly being neutral – as they listen to what the public says about what the FCC is considering doing.  Shocker: Afterwards, the FCC imposed Title II and Net Neutrality.

Oh: And Sohn called Fox News “state-sponsored propaganda.”  (Not Biden’s state, I would imagine.)  And then there’s this – because of course:

When Trump won, Sohn left the FCC and revolving-doored into the private sector.

Big Broadcast is represented in DC by the National Association of Broadcasters (NAB).  Their immediate response to Sohn’s nomination was this….

The NAB got their “ethics clarification” – DC-style.

“Locast entered into a settlement agreement with broadcasters requiring the service to pay $32 million in damages.

“Biden nominated Sohn to an empty commissioner position at the FCC, which is tasked with regulating the broadcast industry, in late October; however, one day after she was nominated, Sohn signed a confidential agreement with broadcasters cutting the amount of damages Locast would pay to around $700,000….”

Get that?  NAB allowed Sohn’s company’s fine to be reduced by nearly 98%.  Then this happened.

Sohn Says She Will Recuse Herself from Broadcast Copyright, Retrans Issues:

“Nominee says voluntary recusal will be in effect for the first three years of her term.”

Sohn’s recusal – applies to the vast majority of what the FCC does.  It’s like she’s saying “I’ll take the job – I just won’t be able to do the job.”

And the NAB is just fine with her being sidelined for three years on stuff that applies to them.  Because as her revolving-door thieving-Locast gig demonstrates – she has long been awful on things that apply to them.

And after the three years?  A Republican President may very well be in the White House – which would relegate a Commissioner Sohn to FCC minority status.  Thereby substantially limiting the damage she can do.

And even if (ugh) a Democrat wins the 2024 presidential election?  Sohn has 31,300,000 reasons to be nicer to Big Broadcast than she has ever been before.

So then this happened.

Because DC’s fascist, toxic combination of Big Government and Big Business is in ever-growing supply.