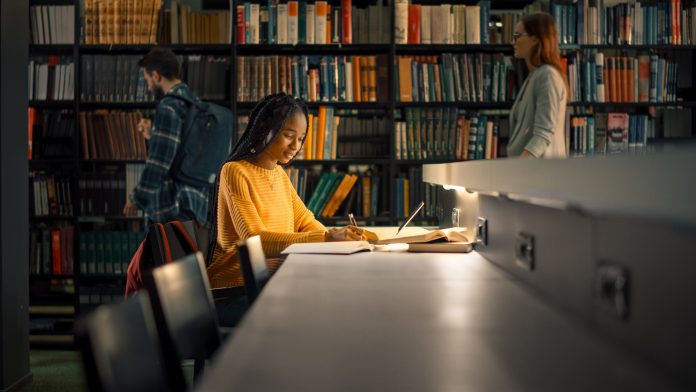 Asian-American parents in Fairfax County, Virginia will be heard this month in federal court. At issue is the admission standards to Thomas Jefferson High School. The new admissions policy allows the consideration of race, rather than just merit, for entrance to the desirable magnet school.

Thomas Jefferson High School is the highest-ranking magnet school in the nation for technology reports U.S. News and World Report.  Students participate in advanced placement (A.P.) courses at a rate of 100 percent and the school is tied for first place nationally for college readiness and math and reading proficiency.

The school has an enrollment that is 79.4 percent minority. The largest subset of minorities, 70 percent, are of Asian descent.

Admission was based on grades and a rigorous admissions testing process until the 2021-22 school year when the decision was made to eliminate testing, writes William McGurn in an opinion for the Wall Street Journal.

“The change was couched in high-sounding words like equity and inclusion,” McGurn writes.

Other educational institutions are removing standardized entrance assessments. Harvard University last week announced the elimination of SAT or ACT tests for admission through 2026, CBS News reports. Colleges and universities around the country, including Columbia and Cornell, are also eliminating the requirement to provide SAT and ACT scores.

This step signals an elimination of standardized testing nationwide, NY Times reports. Critics have complained for years that exams are racially and culturally biased.

Jason L. Riley, writing for the Wall Street Journal, calls this movement a war on meritocracy.

“Sadly, academic standards are being diluted or eliminated out of an unspoken fear that blacks will never measure up,” Riley writes. Liberals like to blame discrimination or systemic racism for these uneven outcomes, but if you really believe that teachers and principals and college administrators have it in for black kids, a standardized test is your best friend.”

The attack on standards is driven by the use of the word “equity” says attorney Luis Robles.

“I’ve been representing school districts for about 20 years, and I saw all of this occur and initially the way it signaled to me that it had arrived was the use of the word equity,” Robles says. “This word equity. It sounds an awful lot like equality, but it really is a way of saying whatever benefits and burdens that government has should be distributed equally. That is, even if you have something great to offer, you will only receive something that’s not commensurate to what you have to offer but is in proportion to what others are receiving. It’s the essence of socialism.”

Robles says, there are huge problems with this philosophy. “What do you do with those kids who are naturally gifted? Those kids with natural abilities? That puts them ahead. Well, that’s not equitable, right?”

“We’re now beginning to eliminate gifted programs,” Robles says. “You may think to yourself of some precocious student who just loves math and is brilliant in performing math skills. Denying her the opportunity of a gifted math class – this will essentially make it fair for everyone else who doesn’t have that natural ability to work with numbers?”

“In the age of equity, very sadly, individualism and exceptionalism are being punished,” says Larry Sand, former teacher and current President of California Teachers Empowerment Network. “Whether due to nature or nurture, kids learn at different speeds. Why slow down the quick learners to a slower speed? It is quite counterproductive.” Sand said.

Sand says gifted programs are very important. “It allows students to function at highly advanced academic levels in particular subject areas, which enables them to go more quickly and deeper into the subject matter. They allow students to advance quickly. When I taught, much time had to be spent on remediation with my non-honors classes. But with gifted kids, I didn’t have to worry about that.”

Gifted and talented programs are being eliminated in grade schools, advanced placement classes are being removed from high schools, and standardized testing and entrance exams are under assault.

California’s Public School Establishment to Parents: We Know Best, so Step Aside

California’s Public School Establishment to Parents: We Know Best, so Step Aside