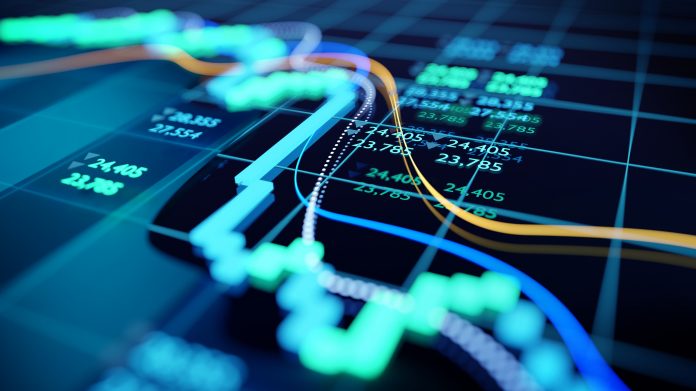 Stocks dropped this week and the markets continue to suffer as negative psychology is overwhelming the stimulating effect of the continuing increase in liquidity. 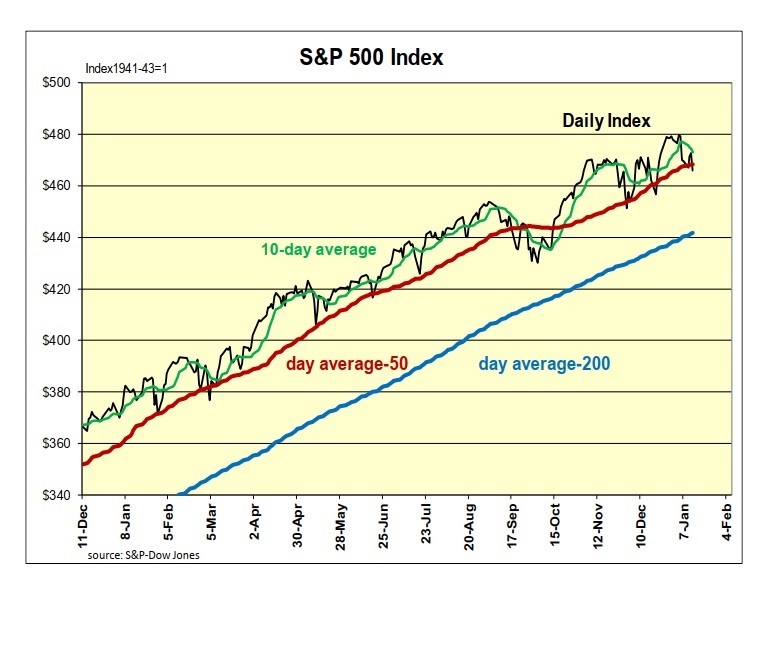 Housing activity remains very strong. Housing starts in the fourth quarter were up at a 22 percent annual rate from the third quarter. The January Homebuilders’ survey also remained strong, with a reading of 83.

Initial weekly unemployment claims rose to 286,000 in the second week in January, up from 200,000 the past two months. The increase is either due to firing workers for not being vaccinated, or it’s an aberration. An alternative measure showing the number receiving unemployment benefits was down to 1.6 million in the first week of January, down from 1.7 million in December

Liquidity rose sharply in the first three weeks of this year.

The Fed purchased $106 billion in securities while banks reduced their deposits with the Fed by $273 billion. This produced a net increase of $379 billion in liquidity.

There is a lot of economic news on the way this coming week.

On Monday, the January Markit survey of business activity may provide a first hint of any potential supply problems related to Omicron and vaccine mandates. Expect business activity to remain close to the readings of 57 registered in December.

On Wednesday, the Fed will announce its monetary policy decision. Look for the Fed to hold the fed funds rate where it is and announce a plan to stop buying securities in March if not sooner. The Fed is also likely to announce its intent to raise short-term interest rates by one-fourth of a percentage point in March and indicate the potential for three additional increases later in the year, subject to economic conditions at those times.

On Thursday, fourth-quarter GDP data will provide the most comprehensive view of how the economy performed from the third to the fourth quarter. Expect annual rates for current dollar spending, real growth, and inflation to be 8 percent, 3 percent, and 5 percent, respectively.

Also on Thursday, new orders for durable goods will provide a hint of how strong investment activity will be in the early part of this year. Look for new orders to remain strong, after removing the impact of the volatile transportation and defense components. These components are highly erratic and can distort the overall trend.

On Friday, December consumer spending and incomes should continue to show strong increases in spending, real growth, and inflation, at rates close to the fourth quarter averages.

Stocks fell sharply this past week. The S&P500 experienced its sharpest move below its 50-day average since October of 2021. The S&P500 and Dow have declines of roughly 6 percent from recent peaks. In comparison, the Nasdaq and small cap ETFs are down 11 percent to 17 percent, respectively.

The sharp upward movement in interest rates is the main force driving stocks lower. After hitting a low of 1.3 percent in early December, the yield on 10-year Treasury Notes is now 1.8 percent. Although current interest rates may appear to be high, they remain far below normal, given inflation and current business conditions. Expect interest rates to move much higher.

Technical stock market indicators have collapsed. The only index still above its 200-day average is the S&P500. If it joins the others and falls below its 200-day average, every major stock index will be in bear market territory.

With the S&P500 still 30 percent above its fundamental value, psychology can easily take the market still lower. However, once negative psychology has run its course, the influx of money should provide for a buying opportunity.