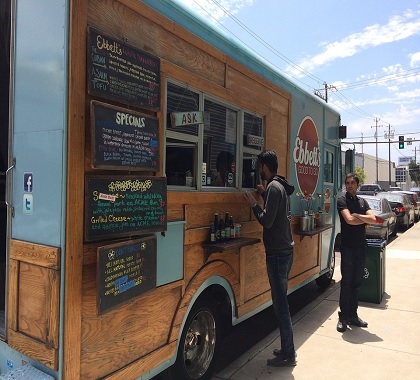 Harrison’s initial thought was not to invest in the company but simply to taste the cuisine, shipped daily from New England. Yet when he searched online, he found no locations near his home in Canton or anywhere else in Georgia. Despite having no food industry background, Harrison decided to fill the gap. He contacted the founders and opened his own Cousins Maine Lobster food truck franchise in 2015.

Clearing the regulatory hurdles was not easy, but Harrison persevered. Once he got rolling, he quickly hit another snag. Although he needed only one health permit from the state, he had to do everything else multiple times. Instead of filling out one application, passing one fire inspection and paying one set of fees, he had to repeat the process in every county where he wanted to operate.

“If you only have to do it once, it’s not too bad,” says Harrison, president of the Food Truck Association of Georgia. “But you literally have to get 15, 20 or 25 permits.”

The costs and delays take a toll. To help its members cope, the Food Truck Association of Georgia has asked state lawmakers to streamline the startup process. Under proposed legislation, food truck owners would need only one health permit in the county where they base their operations, as long as they notify surrounding counties where they intend to operate. Other counties would have a chance to verify the permits, but they could not tack on additional fees and forms.

The measure would benefit everyone, including brick-and-mortar restaurant owners and local tax assessors who sometimes see food trucks as a threat. Such opponents routinely claim food truck growth forces restaurants out of business, but new research finds otherwise.