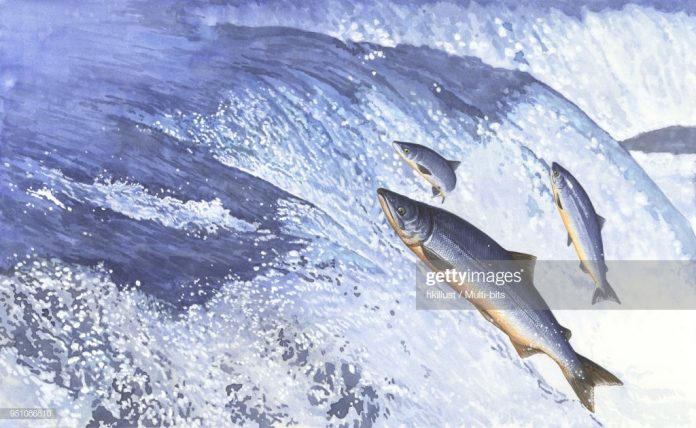 By RaeLynn Ricarte | The Center Square

(The Center Square) – Salmon preservation legislation topped the list of concerns of Spokane County Commissioners when they were briefed this week about the status of bills that concern them in the 2022 60-day session.

House Bill 1838 and the accompanying Senate Bill 5727 are bills of top concern, said lobbyist Mike Burgess in the Monday briefing. The bills establish buffer zones of 100 to 249 feet along riparian zones that the Washington Farm Bureau and other agricultural advocacy groups say will remove thousands of acres of farmland from production.

Burgess told the commissioners that there was pushback on the bills coming from many quarters.

Commissioners Josh Kerns, Al French and Mary Kuney had been going to submit a letter of opposition to state senators and representatives. Burgess said that action was likely unnecessary because neither bill was moving at this point.

In the longer term “this issue is not going away,” warned Burgess, saying that he would report back if anything changed during the remainder of the session, which is scheduled to end on March 10.

One complaint was that under these bills, urban areas are exempted from the rules imposed on rural lands. Many officials across more rural  Eastern Washington contend makes them unfair.

Also, although the bills provides for some compensation when farm land is taken out of production, agricultural activities are banned in perpetuity once that money is accepted.

The Spokane commissioners were also concerned about the potential bureaucratic hurdles and costs associated with possible passage of House Bill 1799 that is the companion of Senate Bill 5731.

These bills championed by the Democrat majority and opposed by most Republicans would establish a statewide goal of reducing disposal of organic materials at landfills 75% by 2030. The legislation also sets a goal of reducing the volume of edible food disposed by 20% and recovering it for human consumption by 2025.

Burgess told the commissioners that the bills were moving forward but there was a “long chorus of folks opposed” so the outcome was still uncertain.

He said House Bill 1918, also opposed by the commission, sets a tax of 6.5% of the selling price of outdoor power equipment that is not zero emission. The measure is supported by Democrats as a way to reduce pollution, but opposed by Republicans due to the added tax and regulation.

Zero emission equipment is defined in the bill as devices powered by a source that does not produce exhaust other than water. The equipment can be powered by batteries, fuel cells or electricity. Also included are lawnmowers powered by human effort.

RaeLynn Ricarte is the author of two books and an award-winning editor and reporter with more than 25 years in the newsroom. She now covers government in Eastern Washington for The Center Square.

RaeLynn Ricarte
RaeLynn Ricarte is the author of two books and an award-winning editor and reporter with more than 25 years in the newsroom. She now covers government in Eastern Washington for The Center Square.