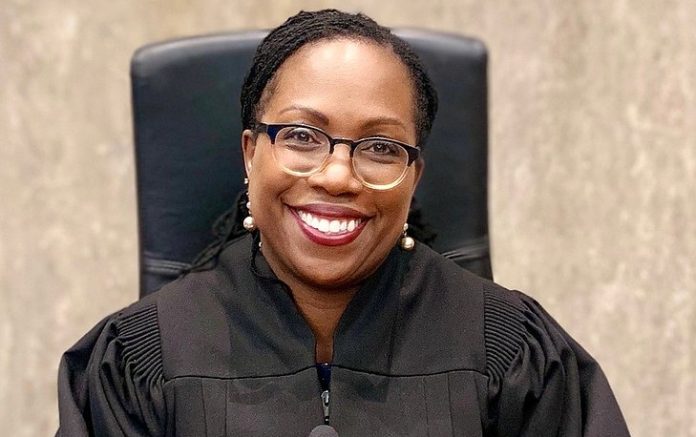 The opening day of hearings on federal Judge Ketanji Brown Jackson’s nomination to the Supreme Court focused on the nominee’s record and the historic nature of her appointment.

President Joe Biden last month nominated Jackson, a judge on the U.S. Circuit Court of Appeals for the District of Columbia and before that a federal district court judge. If confirmed by the Senate, she would replace retiring Justice Stephen Breyer, a 1994 appointee of President Bill Clinton.

The following are four matters discussed by members of the Senate Judiciary Committee regarding the nomination on the opening day. Jackson will face questions from the 22 senators on the committee starting Tuesday.

Democratic senators on the committee hailed the fact that Jackson is the first black woman nominated to serve on the Supreme Court.

Sen. Cory Booker, D-N.J., said he felt a “sense of overwhelming joy” at Jackson’s nomination because it marked a historical first.

“Please, let me just acknowledge the fact that this is not normal. It has never happened before,” said Booker, who is black, gesturing enthusiastically with praise for Jackson.

Senate Judiciary Committee Chairman Dick Durbin, D-Ill., noted that when the Supreme Court first convened in 1790, the United States had an estimated 700,000 slaves.

“There was no equal justice under the law for the majority of people living in America,” Durbin said. “ … You are living witness to the fact that in America all is possible.”

Sen. Lindsey Graham, R-S.C., pointed out that Democrats had a very different view when they opposed President George W. Bush’s nomination of California Supreme Court Justice Janice Rogers Brown, a black woman, to the U.S. Circuit Court of Appeals for the District of Columbia and blocked confirmation of Miguel Estrada, a Hispanic who had previously served in a number of legal capacities, including as an assistant U.S. attorney, to the same circuit.

Democrats’ opposition to Brown and Estrada was widely seen as driven by the fact that both were considered at the time as likely future contenders for seats on the U.S. Supreme Court.

“So, if you’re a Hispanic or African American conservative, it’s about your philosophy. Now it’s going to be about the historic nature of the pick,” Graham said. “This is going to be about your philosophy. Bottom line is that it is about philosophy when it is someone of color on our side. It’s about ‘We’re all racist if we ask hard questions.’ It’s not going to fly with us. We’re used to it by now; at least I am. So, it’s not going to matter a bit. We are going to ask you what we think you need to be asked.”

“As [then-]Sen. Ted Kennedy said in writing at the time, the Democrats filibustered Miguel Estrada, quote, ‘because he is Hispanic.’ They were explicitly racial,” Cruz said. “If you are Hispanic or African American, and you dare depart from their political orthodoxy, they will crush you. They will attack you. They will slander you. They will filibuster you.”

2. Judicial Philosophy ‘Without Fear or Favor’

Delivering her opening remarks for the hearing, Jackson thanked God for her life.

“While I’m on the subject of gratitude, I must also pause to reaffirm my thanks to God, for it is faith that sustains me at this moment,” she said. “Even prior to today, I can honestly say that my life has been blessed beyond measure.”

A former law clerk for Breyer, Jackson said: “It is extremely humbling to be considered for Justice Breyer’s seat, and I know that I could never fill his shoes. But if confirmed, I would hope to carry on his spirit.”

Addressing the historic aspect of her nomination, she paid tribute to her parents.

“My parents taught me that unlike the many barriers that they had had to face growing up, my path was clearer,” Jackson said. “So, that if I worked hard, and I believed in myself in America, I could do anything or be anything I wanted to be.”

She didn’t detail her judicial philosophy, but explained her broad view.

“I decide cases from a neutral posture,” Jackson said. “I evaluate the facts, and I interpret and apply the law to the facts of the case before me, without fear or favor, consistent with my judicial oath.”

Durbin sought to cut off the likely focal point of Republican opposition to Jackson’s nomination.

“We’ve heard claims that you’re, quote, ‘soft on crime.’ These baseless charges are unfair,” Durbin said. “They fly in the face of pledges my colleagues made that they would approach your nomination with civility and respect.”

Sen. Josh Hawley, R-Mo., named seven child pornography cases where Jackson, as a U.S. district judge, handed down sentences below what the prosecutor had requested and federal sentencing guidelines recommended.

“Some have said the federal sentencing guidelines are too harsh on sex crimes, especially child pornography. I’ve heard that argument a lot in recent days,” Hawley said. “I’ll be honest. I can’t say I agree with that. The amount of child pornography in circulation has absolutely exploded in recent years.”

Hawley said Jackson deserves the chance to explain her record.

“I want to be clear about this. That’s not what Judge Jackson has said,” Hawley said of the arguments for lighter sentences on sex offenders. “She hasn’t had the chance to respond to this yet. She deserves that chance.”

Sen. Patrick Leahy, D-Vt., the senior Democrat on the committee, noted his own past as a prosecutor and argued that Jackson isn’t soft on crime.

“Let’s make a few things clear. Judge Jackson is no judicial activist,” Leahy said. “She is not a puppet of the so-called radical left. She’s been praised by Republican-appointed judges for her jurisprudence.”

Demand Justice included Jackson on its Supreme Court shortlist for Biden. The group has also advocated for court-packing to advance Democratic policies on the court.

These are some of the same people who tried to bully Justice Breyer into an early retirement. These activists demand that the court make policy and deliver results they can’t achieve through deliberation, compromise, and the rough-and-tumble of legislative politics.

When the court does not deliver the result they want, they attack judicial integrity and legitimacy. In recent years these radical views have made their way into the mainstream.

The Texas lawmaker added, “‘Dark money’ groups like Demand Justice have paid millions of dollars to promote court-packing and sow public distrust in the legitimacy of the Supreme Court.”

Sen. Sheldon Whitehouse, D-R.I., who frequently complains about the amount and influence of  money in politics, contended that Jackson was not tied to dark money and said that was instead the case with Republican judicial nominees associated with The Federalist Society, a conservative legal group.

“We are holding a hearing for an accomplished, experienced, highly qualified nominee to the Supreme Court who came to us not through a dark money-funded turnstile, but through a fair and honest selection process,” Whitehouse said. 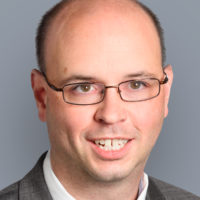