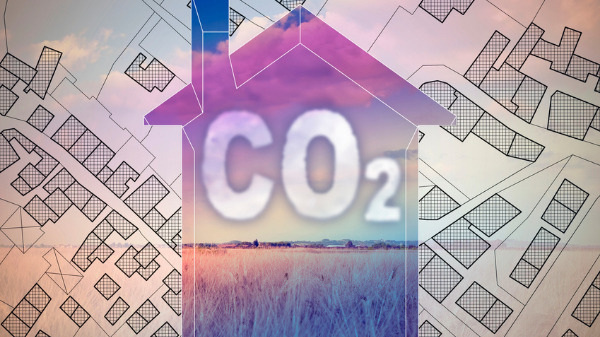 A federal judge has issued a preliminary injunction blocking the Biden administration’s implementation of a “social cost of carbon” metric to be used for federal actions and regulations.

The injunction was came in a lawsuit filed by Louisiana, on behalf it and Alabama, Florida, Georgia, Kentucky, Mississippi, South Dakota, Texas, West Virginia, and Wyoming

The plaintiffs argued the SCC metric used by the Biden administration was arbitrarily set by the Interagency Working Group (IWG), without following the proper procedures.

The states also argued the SCC metric would unjustifiably increase the costs of energy production and other activities.

Judge James D. Cain Jr. of the U.S. District Court for the Western District of Louisiana, agreed, issuing an injunction barring the use of the interim SCC standard from being used to set regulations and in federal contracting, leasing, and permitting.

The injunction does not address the science underlying the standard, but rather blocked its implementation for running afoul of the 1946 Administrative Procedure Act because the SCC did not undergo the requisite notice-and-comment process.

Cain ruled the President lacks the authority to enforce the estimates as they are substantively unlawful under the APA and contravenes existing law. Cain also concluded the government acted beyond congressional authority by basing regulatory policy upon global considerations.

At the heart of the ruling is the court’s determination that the “major questions doctrine,” under which the bureaucracy cannot on its own authority impose new obligations of vast economic and political significance unless Congress speaks clearly on the issue, had been triggered by an executive order issued by Biden.

This ruling is only a first step in a longer fight, said Landry in a press release following the ruling.

“Agriculture, energy, and virtually every other manufacturing industry is at stake; and today, a federal judge in Louisiana recognized that the federal government does not have this reach,” said Landry. “While our fight is far from over, I am pleased the Court granted preliminary relief against the President’s unacceptable and unauthorized executive overreach; and I remain committed to seeing this case through to the end – fighting every step of the way for the workers and job creators in Louisiana and throughout our Republic.”

“Non-final actions do not yet have legal effect, yet these “interim” IWG values are causing direct legal effect and as such are a final agency action,” wrote Watkins. “The final agency action doesn’t need to directly harm the plaintiffs by itself; it just needs to cause particularized harm that is imminent, and in this case, that harm is already occurring.

“These harms are ongoing harms against the states, and this injunction can prevent those harms from continuing to occur,” Watkins said. “As such, the states have standing.”

The models used to calculate the SCC are highly subjective, not grounded in real world data but rather based on extreme scenarios generated by climate models, says Kevin​ Dayaratna, Ph.D., is the principal statistician and a research fellow with the Heritage Foundation.

“It’s disturbing and quite frankly dangerous to put these models in the hands of policymakers who can manipulate them to achieve any result that they want to rubber stamp their agenda,” said Dayaratna. “We applaud the judge’s decision to prohibit the social cost of carbon in rulemaking, and hope lawmakers also realize the flaws in these models.”

The SCC is a political tool, not an economic one, based on the assumptions and discount rate built into it, which are, of course, politically determined, says Marlo Lewis, a senior fellow at CEI.

“The SCC is too speculative to ever be an empirically-verified determination of the climate-related damages from an incremental ton of CO2 emissions, and should not be used to make regulatory or permitting decisions,” said Lewis. “Of course, some SCC estimates are more inaccurate than others because the assumptions on which they are based are more dubious than others.

“For example, all of the Obama and Biden administrations’ Interagency Working Group’s methodological choices consistently erred on the side of climate alarm and regulatory ambition,” said Lewis.

The states who sued faced imminent harm if the SCC-based interim rule was allowed to stand, says Lewis.

“All SCC-based regulations would make energy scarcer and more costly, producing ripple effects throughout the economy, with the harshest impacts on low income households that can least afford to pay more for utilities, gasoline, and food – as agriculture is very carbon intensive,” said Lewis. “Note, though, official SCC estimates may get worse.

“Some prominent progressives now want to redefine the SCC as whatever carbon price is needed to achieve NetZero by 2050,” said Lewis. “In principle, that would require increasing the Biden administration IWG’s central estimate from $68/ton in 2050 to more than $1,500 per ton!”

Commentary: The Big Green Lie Almost Everyone Claims to Believe