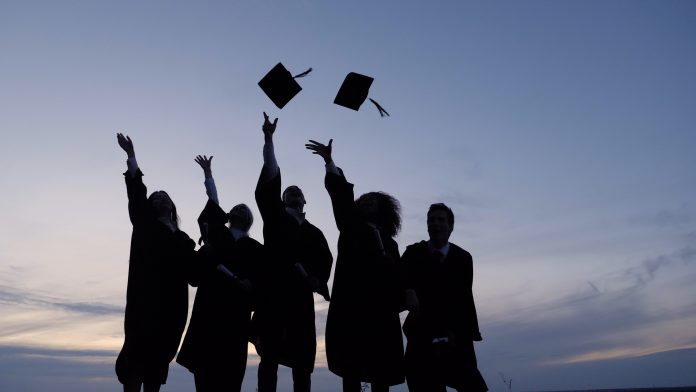 As part of its domination of cultural institutions, the far left decides who gets anointed as heroes. That leaves some of the greatest Americans forgotten, their lessons ignored. So another Black History Month has passed without a national recognition of Marcus Foster, the first black superintendent of a big city school district and one of the best educators of the 20th century.

Anyone interested in black history and successful urban education should honor Marcus Foster.

Stressing old fashioned values like hard work, self-help, and academic achievement, Foster helped thousands of children as a public educator in Philadelphia. Foster was poised for even greater things as Superintendent of the Oakland Unified School District. But in 1973, he was cut down in a hail of cyanide-filled bullets, assassinated by the Symbionese Liberation Army, the Marxist terrorists better known for kidnapping newspaper heiress Patty Hearst.

Raised by a single mother in Philadelphia, the brilliant, hard-working Foster excelled academically while attending the historically black Cheyney University. Blessed with exemplary talent, Foster came to lead every college organization he joined. As John P. Spencer details in “In the Crossfire: Marcus Foster and the Troubled History of American School Reform,” Foster was influenced by legendary headmaster Leslie P. Hill, who stressed black achievement and “uplifting the race,” as exemplified by his slogan, “Harvard, Yale, Cheyney.” Foster was also religious, often ending his long days reading scripture.

Foster went on to lead three all black inner city Philadelphia public schools, improving safety, morale, attendance, and achievement at each by giving parents what they wanted. Contradicting countless professors, Foster wrote that “inner city folks…want people in there who get the job done, who get youngsters learning no matter what it takes. They won’t be interested in beautiful theories that explain why the task is impossible.”

At Dunbar Elementary, Foster pushed northern black teachers to hold high expectations for their southern born black students who came north in the Great Migration. Insisting he had never met a parent who “didn’t respect education and want their children to be fully educated,” Foster produced a 30-page booklet teaching parents how to be their child’s first teacher.

Foster also stabilized the unruly Cato Disciplinary School, which served students who had been expelled by other schools. He brought back dances and other activities for school spirit, improved academics, and developed vocational programs with businesses so graduates could get jobs. He had new Cato parents tour the school to reassure them, even allowing parents to take vocational classes themselves.

After reporters exposed Simon Gratz as likely the worst comprehensive high school in Philadelphia, Foster was sent in to turn it around. He improved extracurricular activities, vocational and academic programs, and even created neighborhood “storefront schools” to teach students and parents after hours.

Facing 1960s radicalism, Foster repeatedly convinced students that violence distracts from equity issues rather than solving them. He developed a black history curriculum to build pride, not separatism. He also fought for more resources, persuading political leaders to acquire white owned properties for expansion to relieve Gratz’s overcrowding, something the city had done countless times to black residents when white institutions needed to grow.

Foster had a great start as Oakland’s Superintendent, building a cross-racial, bipartisan coalition to focus on student learning, while marginalizing activists who sought only power. Though he leaned left, the Nixon administration approached Foster to serve as U.S. Commissioner of Education.

That prompted the ragtag Symbionese Liberation Army to condemn Foster to death, alleging that his security plans were “patterned after fascist Amerikan tactics of genocide, murder, and imprisonment.” The SLA ambushed the 50-year old superintendent after a school board meeting.

Delusional radicals hoped the assassination would spark mass insurrection. Instead, it proved to be a “public relations mistake,” as one member admitted. (The SLA later kidnapped Patty Hearst partly to change the conversation.)

In an inspiring end to an inspiring life, Foster’s widow, Albertine, asked the 4,500 attendees of his memorial service to repeat the following: “I will do everything within my power to love my neighbor. I will pray for Dr. Foster’s assassins.”

Could this be because postmodern arbiters of taste are uncomfortable honoring Foster’s relatively conservative values and equally uncomfortable criticizing the radicalism of his killers?