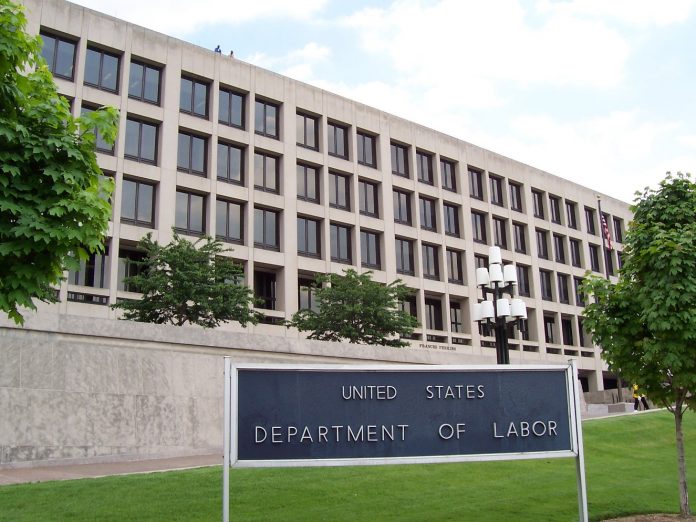 The U.S. Department of Labor (DOL) issued a call for public comment on how to “protect workers’ life savings and pensions” from supposed climate-related financial risks with an eye towards imposing with new regulations on businesses and investors to align with Biden administration climate priorities.

To comply with President Joe Biden’s Executive Order on Climate-Related Financial Risk, the DOL published an official Request for Information, calling for public comments on how to identify climate related risks to labor and investments, and what rules the federal government should impose to ensure such risks are taken into account by employers and investment or pension managers.

Biden’s EO directed DOL to identify actions it can take under the Employee Retirement Income Security Act of 1974, the Federal Employees’ Retirement System Act of 1986, and other relevant laws promulgated to safeguard the life savings and pensions of U.S. workers and families from the threats of climate-related financial risk.

This is just another move by this administration to impose hard-left policies on every aspect of American life, says Scott Shepard, the director of the Free Enterprise Project at the National Center for Public Policy Research.

“The administration claims to be motivated by the desire to ‘protect the life savings and pensions of U.S. workers and families from the threats of climate-related financial risk,’” said Shepard. “That is not at all what the administration plans to do with this rule; rather, it intends to force pension-fund managers to adopt its manifestly false presumptions about climate, carbon, and the path the future will take.

The Biden administration fails to recognize the technology does not exist to enable the carbon reductions required by his policies on the political timetable he’s established, says Shepard.

“The damage to retirement funds, savings and futures of middle and working-class Americans of reducing carbon investment on a politicized schedule is unfathomable,” said Shepard. “Biden’s policies are revving up inflation while diminishing opportunities, prospects, and the availability of the basic necessities of life, putting peoples’ present and future well-being at risk.

“As with everything from this administration, it is a politicized fraud that will harm average Americans grievously,” said Shepard.

Your Money, Their Agenda

All Americans, even the ones who do not agree with the Biden administration’s environmental aspirations, will pay for the Democrats’ “Green New Deal,” under this scheme, says Bette Grande, government relations manager for energy issues at The Heartland Institute, which publishes Environment & Climate News.

“The DOL simply cannot resist pushing their agenda using other peoples’ money,” said Grande. “The DOL is forcing ERISA retirement plans to support the radical climate agenda, but the plan participants don’t have a seat at the table.”

Ending Traditional Capitalism
The goal of the Biden Administration is to replace what little is left of traditional shareholder capitalism with so-called “stakeholder capitalism,” and the pace of this fundamental transition is staggering, says Grande.

“Distracted by the pandemic and now the Ukraine, our economy is being re-shaped in the image of the Klaus Schwab’s World Economic Forum, and they’re doing it largely–with your own money,” Grande said. “And yet, not a word about any of this in the media.

“When I served in the North Dakota House of Representatives I chaired the State Employee Benefits Committee and dealt with the challenges of underfunded plans,” said Grande. “Now the Administration wants to force its climate agenda on money managers that will reduce their investment options and hamper long-term performance.”