On March 15, students at North Carolina State University who are members of a fraternity or sorority were notified that they were required to take diversity, equity, and inclusion (DEI) training. The “assigned content” consisted of “Diversity, Inclusion & Belonging for Students” parts I and II, which had to be completed by March 31, 2022.

The training is mostly recycled content from the university-wide DEI training issued last year. This time, however, it is shorter and doesn’t include the sections that explicitly undermined students’ constitutional rights. In order to complete the training last year, students had to affirm highly contentious and politicized notions about “cultural appropriation” and cultural sensitivity.

Critics of the 2021 training, including some in North Carolina political leadership, expressed concern that the training was a form of compelled speech, and thereby unconstitutional. Perhaps as a result of those concerns, the university subtly retracted its statement about the training being “required,” later stating that it was merely “strongly encouraged.”

Even without the sections containing compelled speech, the current training required of Greek life members is an unabashed effort to indoctrinate those students in hard-left progressive ideology.

Stakeholders and lawmakers should take a close look at the trainings that universities are imposing on students. See below for some screenshots of the recent training at NC State. (Note: students were not forced to select the “right” answers in the quiz in order to complete the training.) 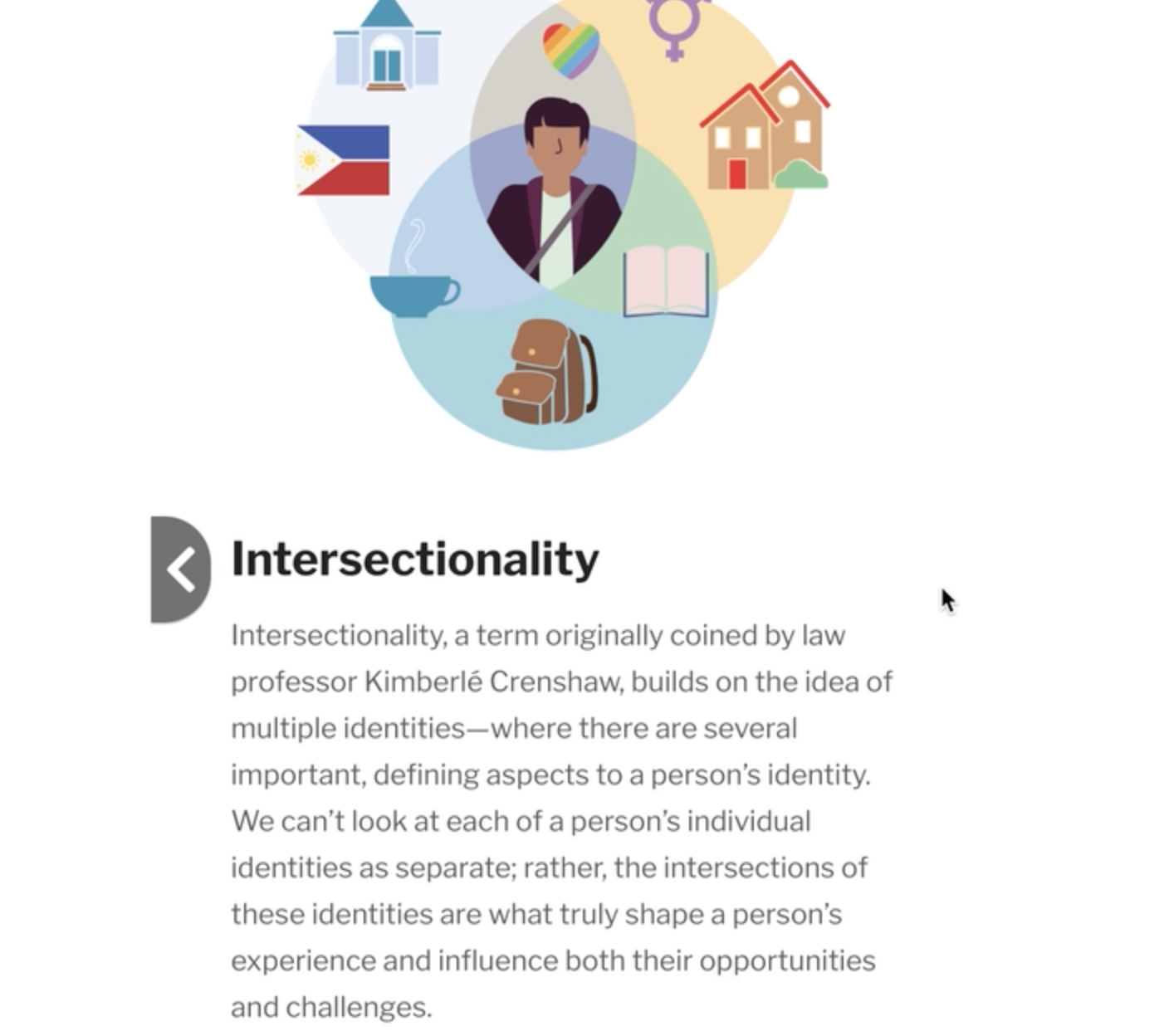 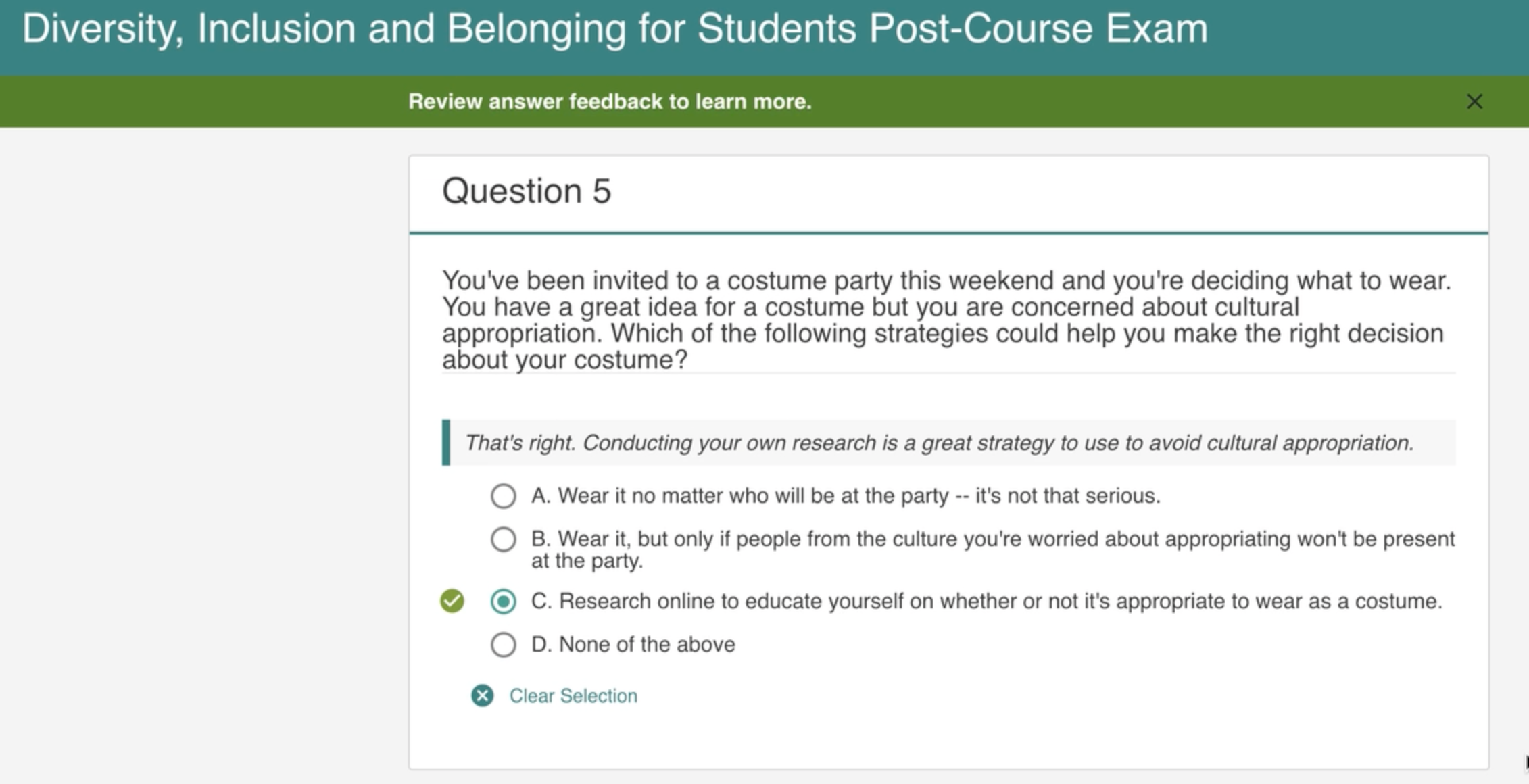 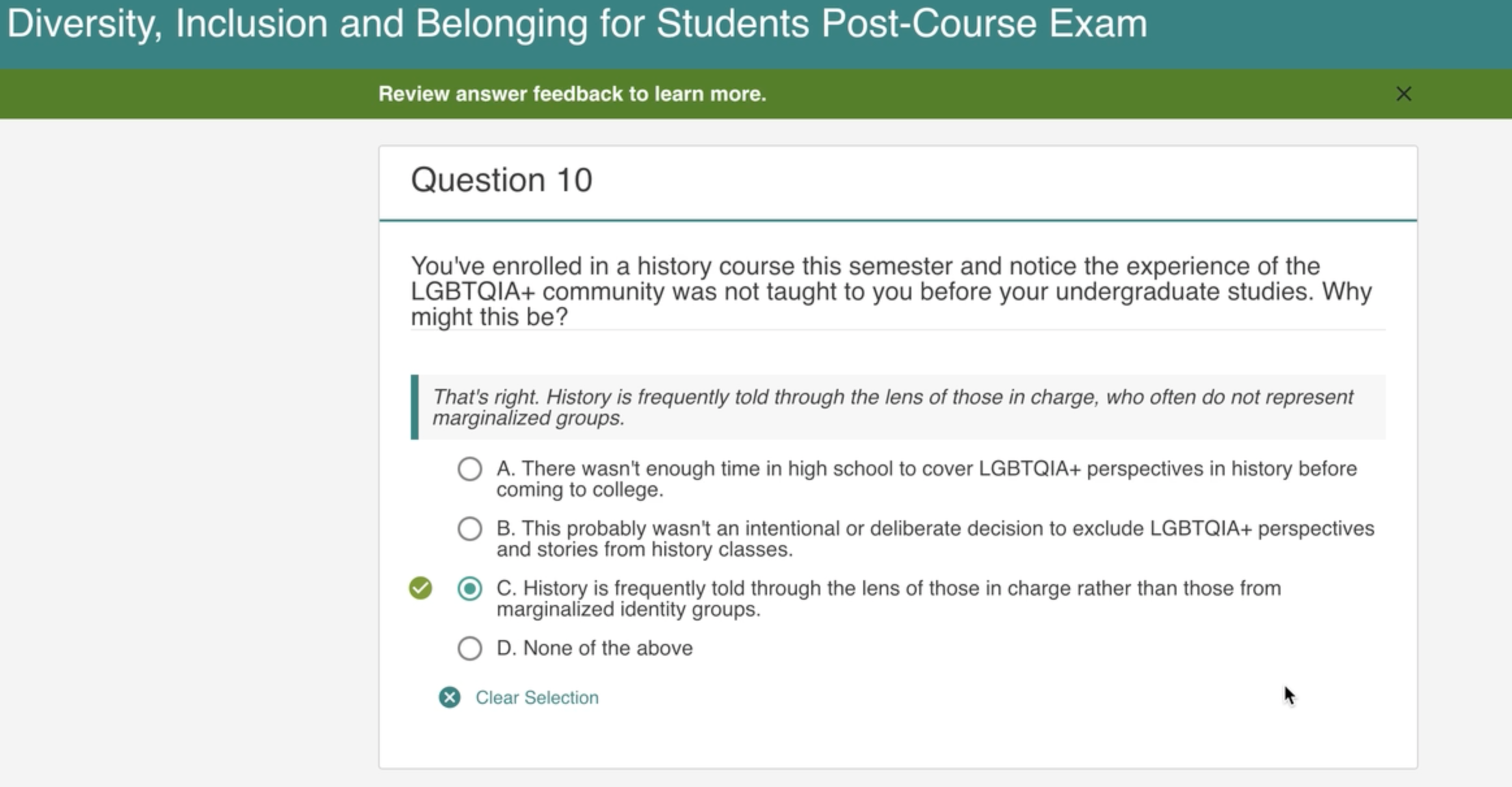