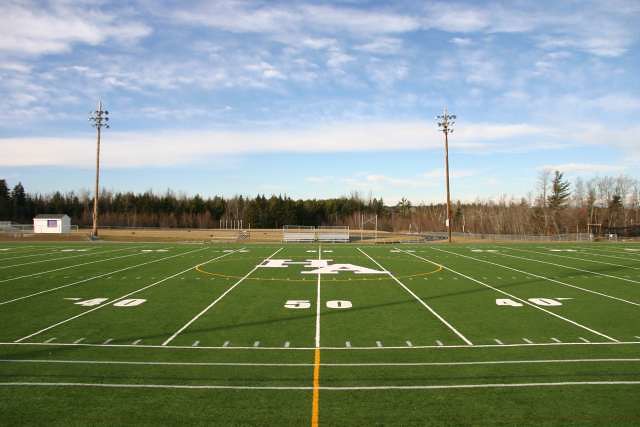 The U.S. Supreme Court also denied that request in 2019, so that the lower courts could definitively determine the reason for Kennedy’s termination. But four justices—Samuel Alito, Clarence Thomas, Neil Gorsuch, and Brett Kavanaugh—wrote, “the Ninth Circuit’s understanding of the free speech rights of public school teachers is troubling and may justify review in the future.”

On remand, the lower court found—and the school district ultimately agreed—that Kennedy lost his job solely because of his religious expression. The 9th Circuit Court affirmed this ruling, concluding that virtually all speech by public school employees, including Kennedy, should be considered government speech, which is not entitled to First Amendment protection.

Not satisfied with this rather radical conclusion, the court went further and held that, even if Kennedy’s prayer was private expression protected by the free speech and free exercise clauses, the establishment clause required its suppression.

The questions facing the justices are these: When a public school employee says a brief, quiet prayer by himself while at school and visible to students, is he engaged in government speech that lacks any First Amendment protection? And if not, assuming that kind of religious expression is private and protected by the First Amendment, does the Constitution’s establishment clause require the public school to prohibit it anyway?

Clement’s argument relied heavily on the trial court’s finding that religious expression was the only reason given by the school district for Kennedy’s firing. In fact, in multiple letters that were exchanged prior to Kennedy’s lawsuit, the school district mentioned “endorsement of religion” eight times but said nothing about other concerns that might have prompted his termination.

Clement stressed that previous Supreme Court cases make clear that a school does not endorse private, religious speech if it fails to censor it. But the 9th Circuit Court seemed to have forgotten that principle.

Thomas asked whether Kennedy was pursuing free exercise and free speech claims separately or together. Clement noted that Kennedy’s case was a “hybrid-type case” in which the right to free speech and free exercise reinforce each other. Kennedy was engaging in private, symbolic speech, but that speech was of a religious nature.

Later in the argument, Justice Amy Coney Barrett returned to this theme when she asked, “This is, as Justice Thomas asked you at the beginning, both a free exercise and free speech claim. Who is he communicating to? God? Like, where is the—the speech?”

Clement responded, “I think he is communicating to God.” And that as a result, his speech was protected by the free exercise clause.

The justices also grappled with the free speech argument, asking whether the government could censor Kennedy’s speech because it transpired within the scope of official duties, and if not, whether there was an establishment of religion problem because students felt coerced into participation.

Justice Sonia Sotomayor offered multiple hypotheticals (a favorite technique of hers) to determine whether Kennedy’s speech was private or public (i.e., within the scope of a teacher or coach’s duties). What if the teacher prays before the start of class? And what if the prayer is audible? What if she is reading a Bible?

She said that teachers aren’t free to do whatever they want during work hours, so why couldn’t the teacher be fired for religious expression just like they could be fired for any other private expression?

Clement argued there would be no instructional component to these expressions, and that therefore, Kennedy’s speech did not fall within the scope of his official duties as a school employee. If it had, then the government could lawfully regulate his speech on that basis.

Justice Elena Kagan chimed in, saying that in the Supreme Court’s school prayer cases, the justices were concerned about students feeling coerced to participate in the religious expression.

Clement responded that when a coach is kneeling at midfield by himself, offering a quiet 15-second prayer, there is no coercion. If the prayer had been delivered during the post-game talk instead, Clement said, there may well be a coercion element, and that the analysis would be different.

At one point, Sotomayor offered the jaw-dropping statement, “I don’t know of any other religion that requires you to get at the 50-yard line, the place where post-game victory speeches are given.”

Retiring Justice Stephen Breyer piped up, saying, “This doesn’t seem like a new problem. It just seems like a line-drawing problem about the 50-yard line just after the game when the school said don’t do it on the 50-yard line, do it 10 minutes later, and—and do you see what’s bothering me? And am I right about how to see the case?”

Clement responded that there was a big difference between a teacher leading students in prayer out loud and a “benevolent neutrality and tolerance for a variety of views.”

Gorsuch joined in the discussion. “One of the difficulties of this case is getting one’s hands around the [school] district’s rationale, and as I understood, it was based on kind of our Lemon endorsement test. And you’re arguing … that was a mistaken test and a mistaken way to think about what the Establishment Clause requires.”

In Lemon v. Kurtzman, the Supreme Court held that a statute must pass a three-pronged test in order to avoid violating the establishment clause: the statute must have a secular legislative purpose, its principal or primary effect must be one that neither promotes nor inhibits religion, and it must not foster “excessive government entanglement with religion.”

Gorsuch added that while lots of schools rely on this endorsement principle, the Lemon endorsement test had not been applied in establishment cases in many years. Kavanaugh agreed, giving further support to the proposition that the Supreme Court has abandoned Lemon as the applicable test in free exercise cases.

Clement supported this by saying private religious speech is not an endorsement of religion, telling the justices that they should overrule past endorsement cases, including Lemon, if necessary, because the case had become a shield for overt religious discrimination from school districts based on misguided endorsement concerns.

He urged, “[Lemon’s] a stubborn fruit, and I don’t think just pushing a pencil through it has done the trick. I mean, you really have to slice it in half.”

Clement continued, “You could have the same thing for any after-school activity.” He added, “At a certain point, the responsibility of the school is to teach the important lesson that private speech is protected even for teachers and coaches.”

The counsel for Bremerton School District was Richard Brian Katskee of Americans United for Separation of Church and State. He argued that Kennedy’s action was that of a government employee, not a private citizen. He said that Kennedy’s speech required the balancing of interests of the school as an employer against those of the school employee speaking on a matter of public concern, as set forth by the court in Pickering v. Board of Education.

Thomas asked whether a coach who took a knee during the national anthem based on a moral opposition to racism would be engaging in government speech. Katskee said he would, adding that school districts and governments had to be able to control their programs and messages.

Here, Alito entered the discussion for the first time, circling back to the free exercise clause. He asked, if a school allows kneeling for racial justice, climate change, to support Ukraine, but doesn’t allow kneeling to pray—how is that not religious discrimination? Katskee said it would depend on whether or not he was acting in his official capacity as a government employee, and if there was no concern about student coercion, then it would be acceptable.

Kavanaugh asked, what if the prayer is not audible to all the players, they don’t have to be there, and it’s not a team event? Was the school district just concerned about the fact that Kennedy was visible when he prayed? What if a coach crosses himself on the sidelines before the game?

Katskee responded with a strange standard: If the coach crossing himself on the sideline is doing it while not making himself the center of attention at the center of the field, it’s perfectly fine

This prompted a clearly irritated Kavanaugh to retort: “I don’t know how we could write an opinion that would draw a line based on not making yourself the center of attention as the head coach of a game.”

Barrett then said that Kennedy’s actions were simply private, devotional practice. Why wouldn’t this be just a “straight up” free exercise analysis? After what seemed to be a deep sigh of resignation, Katskee said that Kennedy had created a “zoo” on the field from all the attention.

Gorsuch came back to Katskee’s earlier point, asking if the central question in the case is coercion. If so, what should the court do?

Katskee said the court should remand the case for a determination at trial about whether the facts demonstrated coercion.

Kennedy’s counsel, Clement, closed arguments with a fiery rebuttal that stressed that religion is different from other constitutional rights and deserving of special protection.

He urged, “Please do not remand to the 9th Circuit for an application of the coercion test. There’s no evidence of coercion contemporaneously … the school itself stressed no evidence of actual coercion.”

“My client,” he added, “has already waited six years to get his job back.”