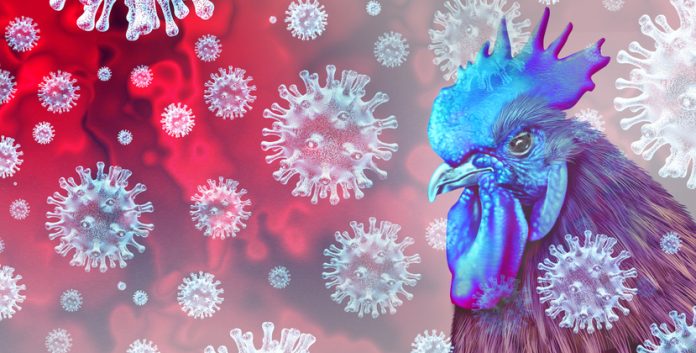 (The Center Square) – Egg prices increased dramatically in April, due in part to the avian flu, and industry sources don’t expect prices to fall anytime soon.

United States Department of Agriculture (USDA) data shows approximately 24.8 million egg-laying hens were affected by the flu, which typically requires destruction of the birds, since February.

The United Egg Producers says there are 232 million egg-laying hens in the country, meaning the flu has taken out more than 10%.

Data from Urner Barry, a market analysis company specializing in data on red meat, poultry, eggs and seafood, showed the wholesale cost of a dozen eggs increased from 52 cents last April to $2.29 last week, a 208% increase. When the COVID-19 pandemic slowed production in 2020, the wholesale price peaked at $1.95 in March and returned to less than 50 cents within weeks.

The USDA reported the first confirmation of avian flu – highly pathogenic avian influenza (HPAI) – in February. The USDA reported the virus is now in 29 states and affecting 33.1 million birds in 157 commercial flocks and 82 backyard flocks. Approximately 25% of infections were in four commercial egg producers during the last two weeks.

Consumers aren’t at risk of getting the virus if they consume poultry or eggs, but many became aware of higher egg prices and some shortages of chicken and turkey.

“In the two weeks leading up to Easter, egg costs increased 88%,” said Paul Simon, a spokesman for Schnucks, a grocery chore stain with 69 stores in Missouri. “Prior to Easter, the combination of normal inflationary pressures and the increased cost of chicken feed were already causing costs to increase. Then, the bird flu coupled with increased demand leading up to Easter, caused a large spike in cost. After the Easter demand, costs have come down minimally but are still at a premium partly due to the bird flu.”

“So far, our major producers haven’t been affected by the disease, but everybody is holding their breath,” said Jo Manhart of the Missouri Egg Council. “It’s a nightmare when it happens because you have to put the birds down so quickly in order to save the rest of the flock that’s in other houses around you.”

Migratory waterfowl traveling the North American flyways can intermingle with birds from Europe and Asia infected with the virus. Waterfowl can be infected and show no signs of illness. The disease can spread to domesticated poultry through contact with waterfowl, including water, food sources and fecal matter. The virus can be spread to poultry producers of all sizes by contaminated equipment or clothing.

The Missouri Department of Agriculture is urging producers to stay vigilant with biosecurity measures, including keeping free-range poultry from mingling with wild waterfowl.

Joe Mueller
Joe Mueller covers Missouri for The Center Square. After seven years of reporting for daily newspapers in Illinois and Missouri, he spent the next 30 years in public relations serving non-profit organizations and as a strategic communications consultant.