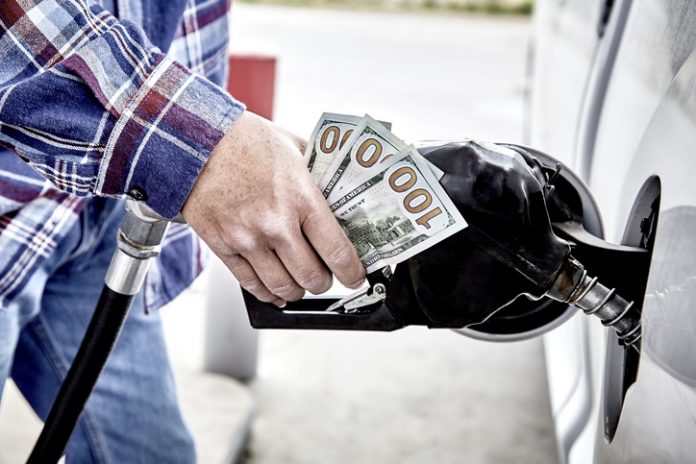 Gas prices hit record highs in the United States on a daily basis for two weeks.

(The Center Square) – Gas prices have soared to new heights this month with the price of unleaded regular gas hitting a record high every day for the past two weeks. With Memorial Day weekend approaching, motorists face steep costs if they plan to travel.

According to AAA, the national average regular unleaded gas price Tuesday came in at $4.60, a record high. Diesel gasoline is at $5.55 per gallon, just below the record set last week.

“The national average for a gallon of gas has not fallen for nearly a month. Gasoline has either remained flat or risen every day since April 24 and has set a new record daily since May 10,” the group said. “That was the day gas eclipsed the previous record high of $4.33, set earlier this year on March 11. The national average for a gallon of gasoline is now $4.59 and all 50 states are above $4 per gallon.”

In the Midwest, Illinois stands apart with gas at an average of $4.97 a gallon. Motorist’s in Illinois neighbors Iowa and Missouri are paying $4.16 a gallon.

These prices have been a pain point for Americans, many of whom are struggling to make ends meet. The rise has also drawn fresh criticism for the Biden administration’s energy policies, which include stopping new oil leases and pipeline development.

“They’re causing you pain at the pump because it’s all part of their radical agenda,” Republican Whip Rep. Steve Scalise, R-La., said.

The Russian invasion of Ukraine helped propel the rise of prices, but energy prices had already been on a significant rise long before the February invasion.

The Bureau of Labor Statistics tracks energy prices as part of inflation and has reported a steady rise since before the inflation. The most recent federal data on the consumer price index, a leading measure of inflation, showed energy prices soared in the past year.

“The all items index increased 8.3 percent for the 12 months ending April, a smaller increase than the 8.5-percent figure for the period ending in March,” BLS said. “The all items less food and energy index rose 6.2 percent over the last 12 months. The energy index rose 30.3 percent over the last year, and the food index increased 9.4 percent, the largest 12-month increase since the period ending April 1981.”

President Joe Biden addressed the rising gas prices while on a trip to Asia.

“When it comes to the gas prices, we’re going through an incredible transition that is taking place that, God willing, when it’s over we’ll be stronger, and the world will be stronger and less reliant on fossil fuels when this is over,” Biden said. “It’s bad. The price of gas at the pump … it’s affecting a lot of families.”

But those comments sparked blowback from critics who said Biden seemed to be saying these prices are a new normal and necessary part of transitioning away from fossil fuels.

“Joe Biden finally said the truth out loud: the record high gas prices crippling America right now are on purpose,” Power The Future Founder and Executive Director Daniel Turner said in a Tuesday statement. “President Biden’s ability to bring our country to its knees in less than two years has been nothing short of extraordinary. Joe Biden knows that only by crippling the fossil fuel industry will he usher in the radical green agenda he so desires, and if that means causing incredible pain to American families and the overall economy, it’s a casualty he can live with.”

With the start of the summer travel season this weekend, analysts say prices aren’t coming down anytime soon.

“As Americans struggle to make ends meet thanks to his raging inflation, [President Joe Biden] celebrates their suffering,” U.S. Sen. Rick Scott, R-Fla., said. “Biden is incompetent and incoherent, but he’s made one thing very clear: he couldn’t care less about the problems he’s caused for your family.”

Casey Harper  is a Senior Reporter for The Center Square’s Washington, D.C. Bureau.

For more on inflation.

Casey Harper
Casey Harper is a Senior Reporter for the Washington, D.C. Bureau. He previously worked for The Daily Caller, The Hill, and Sinclair Broadcast Group. A graduate of Hillsdale College, Casey's work has also appeared in Fox News, Fox Business, and USA Today.