Letter Grades Could End at University of California 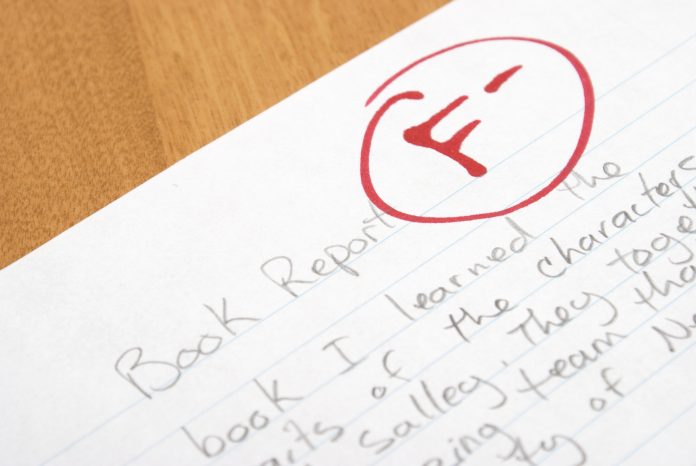 The University of California (UC) is weighing alternatives to conventional letter grades  in the interest of solving “bias and inequities.”

A Mar. 16 memo from the public university system’s Office of the President asks the Academic and Student Affairs Committee to consider “more effective options for advancing achievement and educational equity” than “traditional grading practices.”

The document points to UC campuses that are testing “pass/no pass” grading models.

While UC Irvine’s Division of the Academic Senate extended the deadline to opt for “pass/no pass” grading to the tenth week of instruction, UC Berkeley’s College of Chemistry is planning a “pass/no pass” model for first-year students, according to the document.

The memo casts doubt upon the assumption that students who earn A’s “have mastered the material, while students at the bottom may have not,” and alleges that students from an under-resourced high school perform poorly on initial assessments, but may master the final.

“That student will always have a lower grade overall because of their preparation starting point, compared to another student from a well-resourced high school that started strong and does as well on that final, but has never progressed in the course,” the memo states.

A “Summary Table of Assessment Adaptations” included in the document offers various ways to heighten “equity” surrounding certain exams. While an open-note or open-book test can “ask questions that have students make connections to their own experiences,” weekly quizzes can allow “multiple attempts” and collaboration exams become a “community-building experience.”

“Traditional assessment and grading practices may perpetuate bias and inequities,” the memo concluded, “and the University of California is engaged in a number of efforts to advance initiatives that promote grading with equity, including those that improve and reward mastery of subject matter in a course.”

At UC Santa Cruz, Associate Vice Provost for Teaching and Learning Jody Greene has argued that “the changes that were happening in higher education at a glacial pace were put on a bullet train by COVID, and as painful as the last couple of years have been, we’re now having genuine conversations about how we can better serve the students,” KQED reports.

Likewise, KQED reports that UC Davis’ mathematics department has considered “contract grading,” which lets a student choose how to be graded.

In March 2022, the California State University system ditched its SAT and ACT admissions test requirements, also citing “equity and fairness” as part of its deliberations. The university system had previously suspended the consideration of standardized test scores for the 2021-22 and 2022-23 academic years in response to COVID-19.

Stanford University — a private California institution that is among the highest-ranked colleges in the world — extended its test-optional admissions process for the third year in a row.

“For both the current 2021-22 admission cycle and the following 2022-23 cycle, Stanford will not require ACT or SAT scores for first-year or transfer applicants,” the school’s admissions site explains. “We recognize the ongoing challenges created by the COVID-19 pandemic, including limited access to admission testing worldwide, and as a result, we are extending this year’s test optional policy.”

However, the Massachusetts Institute of Technology announced that it would reinstate SAT and ACT testing requirements starting for the class of 2027.

“By using tests as a tool in the service of our nation, we have helped improve the diversity of our undergraduate population [and] student academic outcomes at MIT have gotten better,” Dean of Admissions Stu Schmill wrote in a blog post.

Campus Reform reached out to Jody Greene and the University of California system media relations team; this article will be updated accordingly.