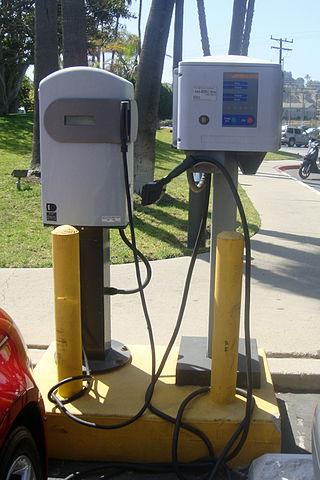 The program requires EV owners to charge their batteries during overnight hours, when electricity demand is minimal and off-peak power is cheapest.

The managed charging program “looks to me like a failure at this point,” said Commissioner Matthew Schuerger at a meeting of the Minnesota Public Utilities Commission (MPUC), EnergyWire reports.

Only 10 percent of the 14,000 EV owners in the area served by Xcel Energy, the state’s largest electric utility, signed up for its voluntary managed charging program, the company reported to the MPUC.

Participation in the program is critical to the state’s efforts to accelerate electric vehicle adoption and reduce emissions without putting undue strain on the power grid, according to Excel and the MPUC.

The push for off-peak charging was ill-conceived from the start, says Dan Kish, senior vice president for policy at the American Energy Alliance.

“Minnesota should have thought about this before they started pushing highly intermittent renewable energy sources into the grid and pushing out conventional generation which works around the clock when it is needed,” said Kish. “People are going to do what is convenient for them.”

The response to the Xcel charging program doesn’t bode well for a painless integration of large-scale EV use into already-strained electric grids such as California’s, says Isaac Orr, a policy fellow at the Minnesota-based Center of the American Experiment.

“As more EVs and EV chargers are placed on the grid, it will make it more challenging to keep the lights on,” said Orr. “This is why California’s ‘flex alerts’ essentially beg people not to wash clothes, run air conditioners, or charge electric vehicles during peak demand hours.

“The widespread adoption of EVs would compound this problem, and it’s unclear whether enough new, reliable, capacity can be built in the areas pushing EVs the hardest to make up for the capacity shortfall,” said Orr. “California will be an interesting petri dish for the next few years.”

The push for off-peak charging makes some untenable assumptions about EV owner behavior and the availability of charging stations during off-peak times, says a 2013 study of parking habits published in the Journal of the American Planning Association (JAMPA).

The JAMPA study found fewer than 8 percent of automobile owners in the New York City region park their vehicles in a home garage, and many homeowners use their garages for storage. In that urban area, 56 percent of car and truck owners park in their driveways, and 36 percent park on the street.

How to plug in EVs parked in driveways or on streets and simultaneously charging multiple EVs for those households that have them pose big problems for managed charging programs.

Out of necessity, many EV owners use dedicated charging stations at work or shopping locations, mostly during peak hours of electric power consumption.

‘That’s What Control Freaks Do’

If voluntary programs don’t work, government regulations could restrict EV charging times or raise the cost of electricity during peak hours, to force people to use off-peak hours despite the inconvenience, says Orr.

“If utilities elsewhere have low enrollment rates similar to Minnesota’s, I think we may see a situation where managed charging becomes mandatory,” said Orr. “Otherwise, it will require much higher prices during on-peak hours to incentivize more people to enroll in the program. That’s problematic because it means low- and middle-income families will pay a lot more to keep their refrigerators running.”

The next step is to raise the cost of noncompliance, says Kish.

“The planners will probably attempt to penalize those who use electricity when they need it, in an effort to control more and more of people’s activities by pricing and outright control of access,” said Kish. “That’s what control freaks do: try to control what other people do and how they live their lives.”

The push for EVs in itself is about controlling people, says Kish.

“This whole program of forcing EVs on consumers is a hot mess created by government and now subject to the heavy hand of government to make it work,” said Kish. “Rather than letting free Americans choose what best suits their needs, these people live to nag and pester others into subservience and submission to their view of the world.

“These are the same people who do whatever they want, whenever they want, like many of the politicians who demand others wear masks while they are off enjoying themselves without masks,” said Kish. “They think they’re better than everyone else so the rules don’t apply to them.

“Remember, part of this is the thrill some people get out of running other people’s lives,” said Kish. “The planners will always move toward more control over others. That’s how they roll.”