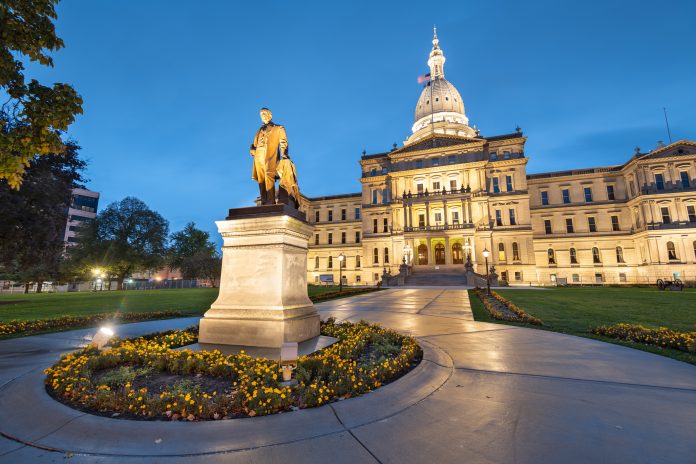 There is an understandable challenge in writing about Michigan’s attempt to expand parental choice in education. Until recently, journalists who cover state issues and debates have had little reason to investigate the larger movement, even as Michigan remains surrounded by states that have adopted private education choice programs.

Providing accurate coverage of Student Opportunity Scholarship accounts is also complicated by the policy’s numerous moving parts. The proposal is designed to give parents greater flexibility and meet many students’ educational needs. It is also carefully crafted to clear the formidable legal barrier the state maintains through its “Blaine Amendment.” Grasping the full mechanics of the proposal takes significant effort.

As time goes on, though, there’s less justification for labeling the proposal as a “voucher-like” program, as a recent Bridge Michigan article describes it. (Chalkbeat Detroit earlier had to correct misrepresentations in its description of the proposal.)

The term “voucher” elicits a negative reaction from a sizable segment of voters otherwise favorable to choice. Yet Michigan’s proposal differs from school vouchers in two key respects: Funds come from incentivized private donors rather than a government treasury and unlike vouchers, they can be used for a wide variety of educational expenses, rather than just private school tuition.

To its credit, the Bridge Michigan piece correctly casts doubt on the validity of a new opposition poll with leading questions (and misleading descriptions). It also seeks to unpack some available research on private school choice to help discern the proposal’s impacts. “Proponents say the programs boost student performance and give parents more control over their children’s education,” the reporters wrote. “Critics argue they could undermine public school funding and don’t improve academics.”

More reporting could use the necessary skeptical eye to assess inflated claims pertaining to all kinds of education policies – from universal preschool to class size reduction. Research-based insights into both the costs and benefits of various initiatives are very helpful to clarify the tradeoffs voters or policymakers must consider. Readers of mainstream media sources don’t often encounter that kind of treatment.

The best-informed analysis of a policy’s effectiveness is not necessarily the middle ground between what supporters and opponents say. Bridge Michigan’s admirable attempt to stake out this neutral turf emphasizes potential costs while overlooking significant evidence about the benefits of choice.

Let’s start with the fiscal ramifications. The article acknowledges that studies confirm choice programs “have not drained tax coffers” but leaves out a couple of crucial insights regarding the Michigan plan.

First, it leans on the official legislative fiscal analysis, which only captures the potential revenue lost to the state from the $500 million tax credit. Most of that loss would not come from money intended for schools. The reporters acknowledge research by the national organization EdChoice that weighed program costs against the fiscal benefits that accrue, but overlooks how that would play out in the Michigan context.

The Mackinac Center’s recent report, co-authored with EdChoice, found that the state would likely experience a net financial benefit from Student Opportunity Scholarships. At worst, it would incur a small loss. The estimated cost grows higher the more public school students are served by the program, while the benefits would increase the more students switch to private or home education.

Bridge Michigan also quoted a critic who said that education choice programs “do not address fixed costs,” but that shows a misunderstanding of the research. In fact, EdChoice’s analyses take into account those expenses – like utilities and building maintenance – that don’t change when a student leaves a district for whatever reason. It just happens that a generous estimate of those fixed costs finds that the average Michigan school district still experiences a per-pupil advantage.

Consider the effects of greater choice on student learning, as well. Bridge Michigan offers examples of studies on both sides, as if to show the weight on both sides of the seesaw is roughly even. But the piece misses the bigger picture. According to EdChoice’s review of all published empirical research, studies that found students academically benefit from participating in choice programs outnumbered studies claiming negative results for students by a factor of three to one. Even more compelling, 25 of 28 studies find that added competition improves public school achievement.

It hasn’t been easy to accurately report on Michigan’s latest plan to expand education options. Yet as the proposal advances, honest attempts to grasp the choice landscape should continue to improve the discussion.