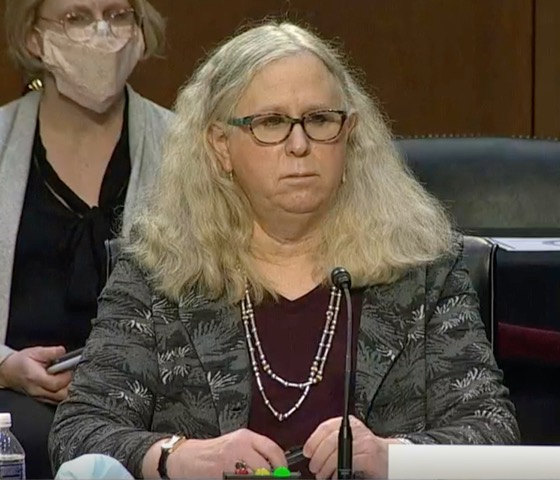 The document claims to outline an established standard of care for the social, pharmacological, and surgical “affirmation” of children and adolescents who identify as transgender. Announcing the new document, Assistant Secretary for Health Rachel Levine said “There is no argument among medical professionals—pediatricians, pediatric endocrinologists, adolescent medicine physicians, adolescent psychiatrists, psychologists, etc.—about the value and the importance of gender-affirming care.”

This extreme statement was not backed up by evidence, and physicians and members of Congress appropriately rebuked it.

The HHS/OPA document gives the impression that anyone and everyone should start writing prescriptions and scheduling surgical procedures to transition children.

But, as a pharmacologist, pharmacist, and research scientist who has dedicated his life to drug safety, drug development, and evidence-based clinical and non-clinical science and medicine, I have some important questions about the remarkable omissions in the document.

Puberty blockers and cross-sex hormones for gender transition are all off-label, non-FDA-approved uses, but there is no mention that any FDA and non-FDA drug safety databases were reviewed to assess risks. There is no indication the FDA was consulted.

The guidance fails to mention short- and long-term risks, shortcomings, disadvantages, and alternatives to the various proposed treatments and procedures. There is no mention who wrote the document and what their credentials are.

Even though the document refers exclusively to psychological sources, it makes no recommendation for any psychological evaluation or a list of criteria to be used before a patient would undergo such life-altering intervention.

Should there be a waiting or evaluation period prior to a pharmacological or surgical intervention period, or should clinicians—as the document implies—simply proceed on an on-demand basis?

OPA focuses on family planning, teen pregnancy, and adoption—according to its mission statement—so why is it even commenting on gender transition treatments?

Anyone looking for answers in the guidance document will come up short.

The HHS/OPA guidance document is only two pages long, including tables and references, and officials gave no indication it is anything other than a final agency position.

As a former senior executive FDA drug safety official, I must wonder why my 20,000-plus former FDA colleagues are not speaking out after being circumvented on transgender clinical pharmacology recommendations by an obscure, obviously unqualified HHS office.

HHS has a taxpayer-funded budget of over $1.5 trillion yet has given taxpayers a demonstrably thoughtless list of propaganda points, likely written by activists in a rush to promote transgender ideology.

Although the HHS/OPA has its own, in-house Office of Research and Evaluation, its guidance ignored both clinical and scientific concepts and sought no comment or input from relevant federal agencies or non-governmental organizations, despite having easy access to them.

The only specific studies cited in the document deal with psychological issues. There are no studies referenced to back up the pharmacological, genetic, medical, surgical, gynecological, and endocrinological dimensions of gender transition.

The document represents a “feeling,” not the evidence-based justification health guidance requires.

“The federal government’s medical establishment releasing guidance failing at the most basic level of academic rigor shows that this was never about health care,” said  Ladapo. “It was about injecting political ideology into the health of our children. Children experiencing gender dysphoria should be supported by family and seek counseling, not pushed into an irreversible decision before they reach 18.”

Likewise, the Society for Evidence-Based Gender Medicine (SEBGM) spoke out against the guidance, writing there are “misstatements of the effects of social transition on well-being,” and an “unsupported claim of the reversibility of puberty blockers.”

SEBGM said the document makes an inaccurate statement regarding the age eligibility for surgery, and “overreaching claims” on improvements to adolescent mental health.

It faults the document for omitting any discussion of risks, “conflation of distinctly difference concepts,” and “misleading information on the incidence of suicide and suicidality.”

The federal government seems hyper-focused on “misinformation” in health care and other policy areas.

In a May 2022 interview, FDA Commissioner Robert Califf, M.D., stated “misinformation is the leading cause of death in the U.S.” He failed to acknowledge the federal government’s role as a purveyor of misinformation.

The federal government’s request for comments on health misinformation regarding COVID-19 should expand to include misinformation on transgender interventions and HHS/OPA’s transgender “guidance document” ought to be placed at the top of that list.

David Gortler, Pharm.D,  is a pharmacologist, pharmacist, an FDA, and health care policy oversight fellow, an FDA reform advocate at the Ethics and Public Policy Center, and a policy advisor to The Heartland Institute. A version of this article appeared in Newsweek on May 19, 2022.  Reprinted with permission.