A Soros-backed media consortium headed by a BLM Marxist is buying onservative Spanish-language radio stations in Florida. They plan to censor conservative content.

Wait until Americans with origins in Cuba, Venezuela, Nicaragua, and other lands demolished by communism find out that their favorite conservative radio stations are being bought by a media consortium headed by a longtime henchman of the Marxist founder of Black Lives Matter, Alicia Garza.

And wait until Mexican Americans, with roots in this country going back to the 17th century or earlier, find out that this BLM confidant, Jess Morales Rocketto, includes as one of her goals to tear down a society and culture that has taken generations to build, or that she told Latinos to follow BLM’s lead during key moments of instability.

And wait until all these voters find out that the justification the consortium, Latino Media Network, gives for the $60 million purchase of 18 stations is that they are too stupid to be able to tell truth from lies, and have been duped by “disinformation” into voting for conservatives.

And wait until these voters hear that, indeed, a big part of the “disinformation” agenda has to do with denying them the same right enjoyed by audiences of English-language media like MSNBC, CNN, Fox, etc.—to wit, being able to choose programming that does not make their blood pressure spike.

Rocketto’s partner in the Latino Media venture, Stephanie Valencia, in fact, warns ominously that “balanced journalism” will be imposed on stations bought, such as Radio Mambi, long a mainstay of the conservative Cuban American community in Miami.

I raise the language issue not to imply that American Latins are victims (they’re not), nor to play the identity politics card. I raise it because progressives know too well that if you choose Spanish-language media because you are more comfortable with it, you can be made into a captive audience.

And they are now going to, under their ideological definition of “disinformation,” make 20 million people in the nation’s largest media markets, fully one-third of Latins in the U.S.—and a much higher percentage of those who rely on Spanish—captive to the liberal values of one ultra-lefty corporate giant owner.

Progressives are pushing for censoring conservative views in Spanish because they are panicking about the Democratic Party bleeding Latin voters. A recent Quinnipiac poll, one of several, showed President Joe Biden’s support among these voters at 26%. No wonder Florida Gov. Ron DeSantis is calling the purchase media “manipulation.”

Latino Media Network’s claim that it is bipartisan is simply hogwash; the “Republican” on its board is Al Cardenas, a nice guy perhaps, but a “Never Trumper” married to CNN’s Ana Navarro. Until now, these Spanish speakers had an actual choice—Univision and Telemundo are very progressive—but now they won’t. Lest we forget, NPR, too, insists that it is “balanced.”

These 20 million will now be delivered into the hands of those with a political and cultural interest in telling them not to assimilate, or love their new country and seek to preserve its ways, but on the contrary, they’ll be told to consider themselves victims of the system and in need of government help.

Valencia is a former aide to President Barack Obama, whose well-publicized speech about the need for government to control “disinformation” curiously preceded the creation of a disinformation czar at the Department of Homeland Security. The czar position—curiously again—had as one of its main tasks to fight “disinformation” in Spanish-language radio, and was abandoned only after a public outcry.

If these Spanish-language radio listeners are not upset enough by all of the above, let’s wait until they find out that Latino Media Network is partly financed by George Soros, a billionaire whose funding of ultra-leftist causes in their countries of birth ultimately contributed to their ruin, and whose financing of very liberal prosecutors in the American cities where they now reside has, too, made them crime-infested.

If there are any media outlets left able to report the truth, these voters are sure not to be happy when they find out these things. “If,” however, has not become iffy.

In an irony of ironies, the voters of San Francisco, one of the markets where Latino Media Network is seeking to buy a station, just this Tuesday recalled the Soros-financed rogue prosecutor Chesa Boudin. Would this San Francisco station had been able to report that Boudin’s parents were both Marxist terrorists and that Boudin was raised by another set of Marxist terrorists who were associates of Obama?

The new Marxist left provides as evidence that these stations were engaging in disinformation the fact that a commentator called Biden a socialista. Never mind that this is a matter of definition—was calling President Donald Trump a xenophobe, a Russia front, or an illegitimate president disinformation? Then the ownership of MSNBC, CNN, and NPR needs to change (on this last one, we wholeheartedly agree).

If “socialista” is now verboten, then these stations won’t be able to report that Garza is a bona fide capitalism-hating Marxist, and that BLM to this day is working with the Biden White House on crafting policy for the American people.

And these stations won’t be able to say that Rocketto is a longtime collaborator of Garza, with whom she serves in numerous organizations, including the National Domestic Workers Alliance, and with whom she co-founded the group Supermajority, which mobilizes people to vote for and support leftist causes.

Or they won’t likely report that Rocketto actively encouraged her Latin followers to take part in the 2020 insurrection, the costliest riots in U.S. history, and to follow BLM’s leadership during moments of instability, not just the nationwide riots in 2020 but also those in Ferguson, Missouri, in 2014, which made BLM into the political powerhouse it is today.

As she put it while Ferguson burned, “If your first instinct is to talk about the need for nonviolence, please check your privilege. Your brain is in the right place, but it lost connection with your heart somewhere.”

These stations likely won’t report either on how Rocketto, echoing the many explicit calls by BLM leaders to dismantle American society root and branch, also wants to tear down U.S. society—only she says she wants to do this destructive work out of patriotic “love.”

“This is about the love of our communities and the love that we have for this country and the people in it,” she told Time. “I get so emotional about that because I can’t imagine anything more beautiful than an expression of people who love something so much that they are willing to tear it down and recreate it again.”

This is the person who will now be in charge of a huge segment of Spanish-language views.

Some commentators may say that conservatives now upset about this impending media purchase are being inconsistent, since they so cheered Elon Musk’s purchase of Twitter. But in that instance Musk is promising to restore free expression to Twitter, whereas this purchase clearly is about censoring views.

The Federal Communications Commission will need to approve this transaction. Before it does that, Congress must exercise oversight. 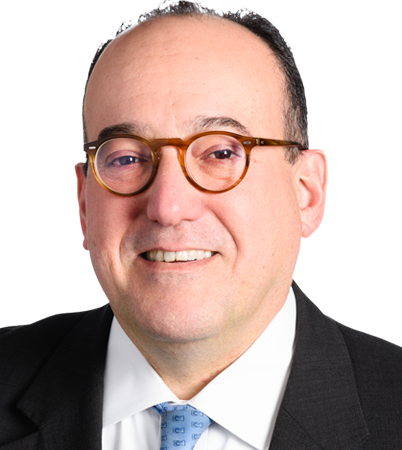 Mike Gonzalez
Mike Gonzalez, a senior fellow at The Heritage Foundation, is a widely experienced international correspondent, commentator, and editor who has reported from Asia, Europe, and Latin America. He served in the George W. Bush administration, first at the Securities and Exchange Commission and then at the State Department, and is the author of the book "BLM: The Making of a New Marxist Revolution."