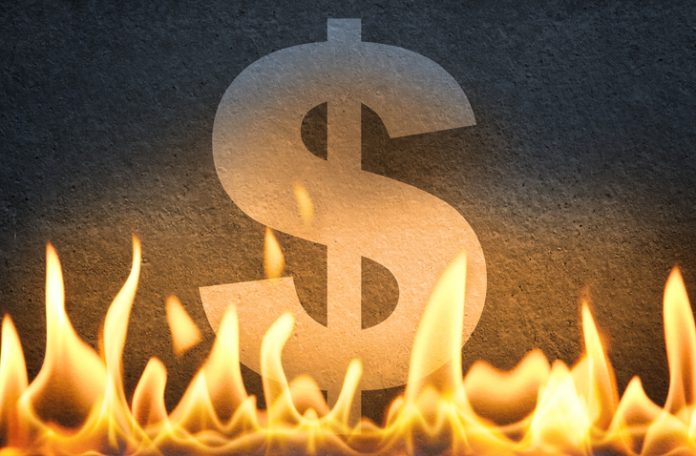 Overall economic demand remains strong in the United States. That could feed inflation if banks continue to shift their vast monetary reserves into the economy, and it would put further pressure on the Fed to tighten the money supply—a recipe for recession.

Today’s strong job report shows the labor market continued to improve in May. With monetary policy remaining expansive throughout the month, demand should stay strong until at least the end of the year.

May employment data show job growth up 3 percent to 4 percent from the average of the first quarter. The good news on jobs is bad news for those who are looking for the Fed to avoid a tighter monetary policy.

Business surveys for May show the United States and Eurozone with readings in the mid-50s. New orders and inflation remain very high. Hence, it appears going into the middle of the second quarter, the economy continues to grow, likely at an annualized rate of 2 percent to 3 percent.

Later today, business surveys from Markit and ISM are expected to show the service  ompanies with readings in the mid-50s. If so, it will suggest that businesses are dealing as well as can be expected with the challenges of soaring inflation and other problems associated with the war in Ukraine.

The only significant economic report scheduled for the coming week is Friday’s May consumer price report. Expect an ugly inflation report. May oil prices were up from $102 to $109, a 7 percent increase. Business surveys indicate May inflation was as bad as it has been in any other month.

The Fed intends to sell almost $50 billion in securities in June. This would be the Fed’s first major move toward restraint. However, if banks continue to shift hundreds of billions from the Fed into the economy, monetary policy will remain expansive.

To Market, to Market

The gains came in spite of mixed news on the economy. So far, May manufacturing business surveys have been positive. We are still waiting for reports on the service sector.

There are signs the service sector may be weakening. Challenger reported the tech sector cut more jobs in May than the total in the first four months of the year. Also, the upward move in interest rates and the increase in oil prices to $117 are both negative developments for most stocks.

The market’s technical indicators improved only slightly. Rising prices brought all major stock market indexes above their 21-day moving averages. This is a key breakthrough.

Unfortunately, the increases came on lower volume. In a healthy market, increases occur on high volume.

The S&P500 moved to 26 percent above our estimate of its fundamental value. Hence, stocks remain overvalued.

With an uncertain monetary outlook as noted above, stocks can move sharply in either direction. Remain cautious.

For more from Robert Genetski.