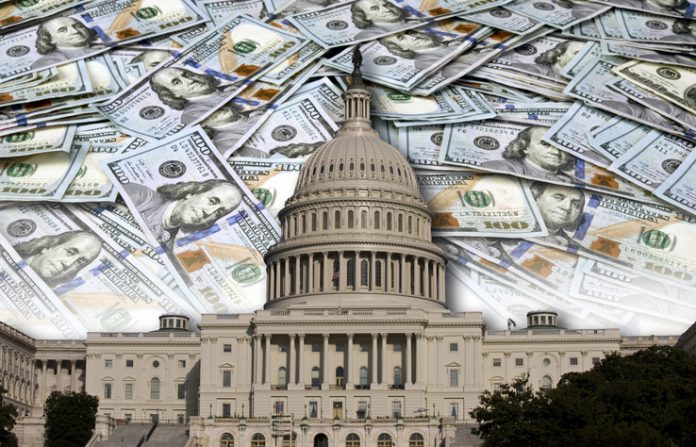 Conservatives shouldn’t apologize for a healthy skepticism of Big Government, which has grown as Americans’ freedom shrinks, says Samuel Gregg.

“Conservatives need to get over their allergy to government action.”

That was the headline on an opinion column by Henry Olsen last week in The Washington Post. Olsen is not alone among conservatives in thinking so.

Across much of the right today, there’s more openness to having government do more in the economy. Olsen observes that there are significant constituencies in America, especially blue-collar America, who appear supportive of a conservative agenda that would involve more state intervention, whether in the form of industrial policy, tariffs, or more expansive entitlement programs.

The right, Olsen wrote, cannot ignore those trends if it wants to stay electorally relevant. That necessitates moving away from what he labels “market fundamentalism.”

Winning elections is very important. But to embrace a bigger economic role for government amounts to conservatives endorsing policies that would push the United States even further in social democratic directions that would undermine America’s long-term economic and political well-being.

Here’s the fact often omitted by contemporary conservatives friendly to more government economic intervention: The American economy is already awash with interventionist policies—so much so that, according to The Heritage Foundation’s 2022 Index of Economic Freedom, overall economic liberty in America has been in decline since 2008. (The Daily Signal is the news outlet of The Heritage Foundation.)

The index ranked America as the world’s 25th-freest economy. Many of the countries listed ahead of it are European nations with strong social democratic traditions. Moreover, the index adds:

Government spending [in America] has amounted to 38.9 percent of total output (GDP) over the past three years, and budget deficits have averaged 9.0 percent of GDP. Public debt is equivalent to 127.1 percent of GDP.

In fact, even with the extra state spending induced by the COVID-19 pandemic, the federal government has been spending like a drunken sailor for quite some time—and using debt to do so.

“There’s a middle ground,” Olsen asserts, “between government directing everything or nothing.” Alas, if there’s anything that 20th-century economic history shows, it is that once the state’s economic role moves beyond securing certain public goods—the rule of law, property rights, national security, public works, etc. (none of which are small endeavors)—the genie is hard to put back in the bottle.

The middle ground thus ends up not being an essentially market economy operating within a framework of the rule of law and intertwined in a robust civil society. Instead, it becomes a type of social democracy in which excessive state power is omnipresent throughout the economy.

That doesn’t mean that you eventually get a Soviet-style command economy. But you do find yourself encumbered with the rampant cronyism that infects so much of D.C. politics, and, more insidiously, what the great political philosopher Alexis de Tocqueville described in his classic “Democracy in America” as “soft despotism.”

Soft despotism is a Faustian bargain between the political class and the public. It involves “an immense protective power,” Tocqueville wrote, in assuming prime responsibility for everyone’s happiness—provided that power remains “sole agent and judge of it.”

That power would, Tocqueville added, “resemble parental authority” and attempt to keep people “in perpetual childhood” by relieving them “from all the trouble of thinking and all the cares of living.”

That’s the deal that progressives have proposed to Americans for more than a century. And it has saddled America with social and economic disasters like President Lyndon Johnson’s Great Society, which, as the economic historian Amity Shlaes illustrates in her book “Great Society,” wreaked havoc upon black America and the white working class.

In that light, there’s no reason to think that conservatives can devise an interventionist agenda that somehow avoids all of the problems—the one-size-fits-all mentality approach, the unintended consequences, the inability to address the non-material causes often central to social dysfunctionality, et al.— inseparable from such policies.

Americans deserve better than having to choose between soft and hard versions of social democracy at election time. Nor should they have to put up with economic debates being reduced to who is willing to spend more.

If anything, American conservatives need to be more allergic to government economic intervention—not less.

Samuel Gregg
Samuel Gregg is a distinguished fellow in political economy at the American Institute for Economic Research and a visiting scholar with the B. Kenneth Simon Center for American Studies at The Heritage Foundation.