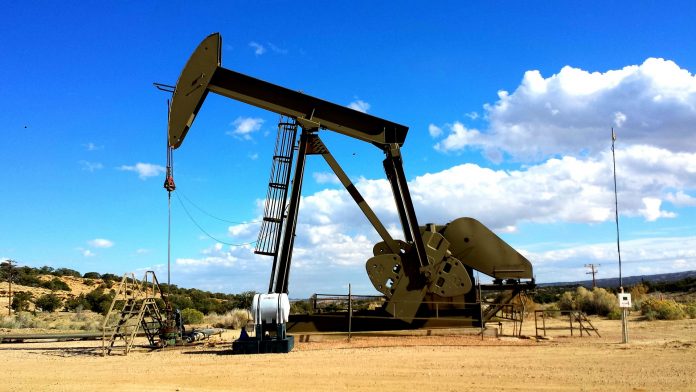 Rather than impose higher taxes and more restrictions on domestic production of oil and natural gas, as Senate Democrats voted to do by passing the Inflation Reduction Act, those in the industry proposed 10 actions policy makers can take right now to reduce costs. The industry says its solutions won’t cost taxpayers $740 billion, as the Inflation Reduction Act does, or increase the national debt or inflation, as 230 economists have warned the act will do.

“Congress and the President must support energy investment, create new access and keep regulation from unnecessarily restricting energy growth,” the American Petroleum Institute argues, which published a list of 10 solutions. It and other groups have also called on the Biden administration to unleash domestic production and strengthen U.S. energy independence.

The first solution involves lifting restrictions and reinstating canceled sales and valid leases on federal lands and waters. The API called for the U.S. Department of the Interior to issue a 5-year program for the Outer Continental Shelf and hold mandated quarterly onshore lease sales with equitable terms.

The second suggests the administration designate critical energy infrastructure projects to support the production, processing and delivery of energy. The third urges Congress to fix the National Environmental Policy Act process by establishing agency uniformity in reviews, among other reforms.

The fourth is to accelerate exports and approve pending liquified natural gas (LNG) applications. Congress should amend the Natural Gas Act, the API argues, to streamline the Department of Energy’s approval process for all U.S. LNG projects. This is something U.S. Sen. Ted Cruz, R-Texas, has advocated for that’s helped expand LNG projects in Texas.

The fifth is to expand access to capital and mandate the Securities and Exchange Commission to drop its “overly burdensome and ineffective climate disclosure proposal,” which is hampering investment in oil and natural gas production. Currently, access to capital is based on “artificial constraints based on government-preferred investment allocations” rather than on individual company merit, API argues.

The high court ruled “an agency cannot conjure up regulatory authority without a basis in law. It’s really that simple,” Kathleen Sgamma, president of the Alliance, said. “The SEC is not an environmental regulatory agency. It cannot be a driver of climate change policy to force a societal transition away from oil and natural gas. It cannot impose a rule that requires companies to reduce their GHG emissions.”

The sixth solution is to dismantle supply chain bottlenecks by rescinding steel tariffs, which will reduce the price of steel, a critical component of energy production, transportation and refining. The seventh is to lower carbon energy tax provisions. Congress should expand and extend Section 45Q tax credits for carbon capture, utilization, and storage development and create a new tax credit for hydrogen produced from all sources, the API says. Instead, Congress passed massive taxes on the industry, which Cruz warned will only drive up energy costs.

The eighth ensures that future federal agency rulemakings will enable U.S. refineries to use the existing critical process technologies to produce the fuels needed for global energy markets. The ninth proposes ending the Federal Energy Regulatory Commission from obstructing permitting for natural gas projects. The commission has overstepped its permitting authority, API argues, under the Natural Gas Act.

Richard Welch, a board member of the Houston-based Oil & Gas Workers Association, told The Center Square, that reducing regulations is imperative “for growth and speed of process. Over-regulating causes unnecessary funds that could be used for production equipment to be delegated elsewhere.

“ESG ratings coupled with over-regulating makes acquiring funding for projects unfavorable to potential investors,” he adds. While Florida Gov. Ron DeSantis has proposed fighting “woke” ESG ideology, the reality is that “the banking system already discriminates against the oil and natural gas industry,” he says. It imposes “higher than average, government approved, loan rates of up to an additional 2.5 interest points above other companies not in the industry.”

U.S. Sen. Joe Manchin, D-W.Va., who cosponsored the bill, argues it imposes “tax fairness,” including imposing spending more money on “technologies needed for all fuel types – from hydrogen, nuclear, renewables, fossil fuels and energy storage – to be produced and used in the cleanest way possible.” The technologies will help reduce domestic methane and carbon emissions and “decarbonize around the world as we displace dirtier products,” he says.

The tenth solution prioritizes domestic energy production and expanding a domestic oil and natural gas workforce through federally funded training and education in the industry. Instead, the bill includes Green New Deal tax credits of $257 billion and solar company loan guarantees of $250 billion.

Texas is already leading in domestic energy production and job creation. In June, the industry added the greatest number of jobs in recorded state history.

Demand for oil is “forecasted to continue growing in 2022 and into 2023,” Todd Staples, president of the Texas Oil & Gas Association, said, “so our nation must support certainty and consistent opportunities for domestic production, pipelines and processing of the products our nation and world depend upon.”

Texas Independent Producers and Royalty Owners Association president Ed Longanecker said, “If we want price stability, and if we want to ensure a secure domestic energy supply, we need a stable regulatory environment in the U.S. Policymakers and the current administration must stop vilifying our industry and should work collaboratively with operators to develop a coherent federal energy policy strategy, including opening federal leasing, approving permitting for energy infrastructure and again providing the regulatory certainty needed to support long-term investments that are necessary to address our own energy needs and those of our allies abroad.”

Bethany Blankley is a contributor to The Center Square.

For more on the U.S. oil and gas industry, click here.

For more on the Inflation Reduction Act, click here.