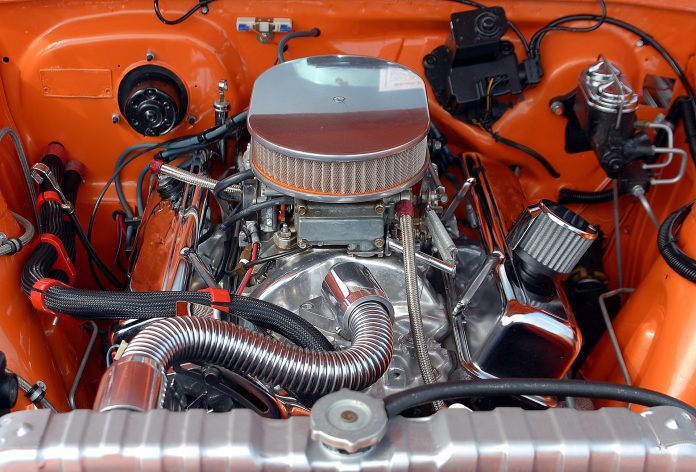 (The Center Square) – The future of gas-powered vehicles in Virginia remains uncertain amid a rule that could ban new sales of such automobiles by 2035, but the economic impact is still being debated.

A 2021 law passed by the General Assembly and signed by former Gov. Ralph Northam tied the commonwealth to California’s vehicle emission standards. This means any changes to California standards automatically subjects Virginia to the same or similar rules.

California received a waiver from President Joe Biden’s administration that allows the state to pass standards stricter than nationwide standards. So, by being tied to California’s standards, Virginia is subject to the new California rule that gradually reduces the number of new gas-powered vehicles that can be sold, until their sale is entirely eliminated in 2035.

“Auto manufacturers send most of their electric vehicles to states with consumer incentives for purchasing, and to places where the manufacturer can earn federal regulatory credits selling EVs,” Hall said. “This means states that have adopted and implemented Zero-Emission Vehicle (ZEV) standards, like Virginia, are in a stronger position to receive EVs consumers want to buy.”

Hall added that most manufacturers intend to phase out gas-powered vehicles within the next 15 years, regardless. He said lawmakers should work in a bipartisan manner to fund necessary policies for the implementation of these standards or the commonwealth could lose out on business and revenue.

However, some analysts are cautioning against the rules. Marc Scribner, a senior transportation policy analyst at the libertarian Reason Foundation, told The Center Square the rule is mostly symbolic and might not hold up in the long run.

“Those standards are only permissible because of a federal waiver,” Scribner said.

Although the waiver allows California to set these standards, Scribner noted a future administration could end the waiver and potentially make the rules unenforceable. He said the waiver was originally granted under former President Barack Obama, then removed under former President Donald Trump and then ultimately reinstated by Biden. These standards, he added, could likely turn into a “legal mess” as soon as a Democrat is no longer president.

The automobile industry is having a hard time developing electric vehicles that are affordable and have long range because the technology does not exist yet, which is why lawmakers are not imposing these rules immediately, according to Scribner. He said it’s still unclear when that technology will be available, but that automobile companies are embracing “sloppy policy … toward an aspirational goal,” primarily for public relations purposes.

“You may not want to be on the bad side of those people who can do your companies great harm,” Scribner said in relation to the automobile industry going along with the priorities of the current presidential administration.

Stephen Haner, a senior fellow for state and local tax policy at the free-market Thomas Jefferson Institute for Public Policy, told The Center Square that improving electric vehicles will be expensive and government regulations could harm consumers.

“Government rationing schemes raise prices, and now the government is going to ration internal combustion cars and light trucks,” Haner said. “Those that remain, either new or used, will … still be in huge demand and will rise in price. Come 2035 when only used gas or diesel vehicles are around, those that remain will be incredibly expensive. In another decade the electric vehicles may be better, may run longer on less electricity, but getting there is also going to be expensive. Nobody behind this idea is concerned about the economic impact, or they wouldn’t be doing it with mandates.”

Gov. Glenn Youngkin and Republican lawmakers have already expressed their intent to get Virginia out of these standards by repealing the law that ties the commonwealth to California. Republicans have control of the House of Delegates, but will likely have a battle with the Senate, which is narrowly controlled by Democrats.

Tyler Arnold reports on Virginia and West Virginia for The Center Square. He previously worked for the Cause of Action Institute and has been published in Business Insider, USA TODAY College, National Review Online and the Washington Free Beacon.