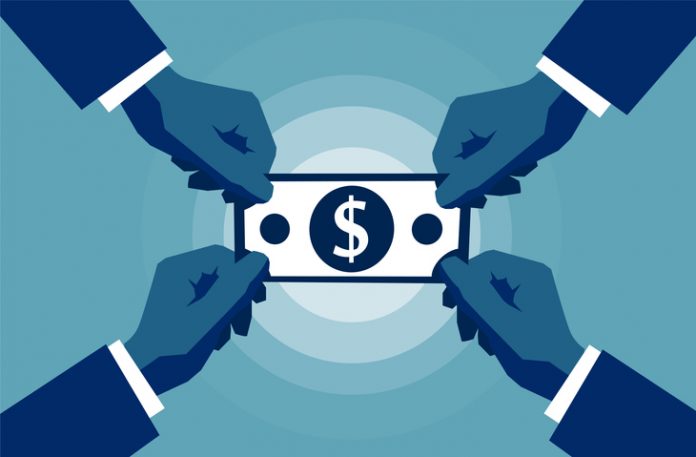 A dozen Republican state attorneys general are fed up with what they view as the leftward drift and self-dealing of their nonpartisan national association and are asking the organization to change its ways and return roughly $280 million in assets to the states.

The National Association of Attorneys General was created in 1907 as a bipartisan forum for all state and territory attorneys general. Over the last year, several of the group’s Republican members have asserted that NAAG has become a partisan litigation machine that improperly benefits from the many tort settlements it helps to engineer.

In recent months, five state attorneys general – from Alabama, Arizona, Missouri, Montana, and Texas – have left the organization in protest.

Historically, the organization played a collaborative role in multi-state lawsuits and investigations. But its critics say it has become a lawsuit factory, handing out grants and funds to train attorneys general to pursue mass-tort cases against companies with deep pockets, then enriching itself with a guaranteed portion of the settlements to invest in yet more training.

The Republican AG revolt has been raging for more than a year, with the Republicans demanding significant structural changes with the implicit threat that far more will cut ties with the organization if they’re not implemented.

On Thursday, 12 attorneys general, led by Kentucky’s Daniel Cameron and Utah’s Sean Reyes, sent a letter to Iowa Attorney General Tom Miller, a Democrat who serves as the current NAAG president. They are taking issue with an association – with an annual operating budget around $5 million – holding on to so much money.

“While NAAG should continue to maintain a reasonable operating budget to meet its mission, we do not understand how that mission requires that NAAG retain over $280 million in assets and the associated income from those assets,” they wrote. “As NAAG’s former executive director has acknowledged, this money belongs to the States. For these reasons, we write to ask NAAG to commit to discussions regarding mechanisms for returning those assets to the states.”

Besides Cameron and Reyes, the 10 other GOP state attorneys general who signed the letter are Mark Brnovich of Arizona, Chris Carr of Georgia, John O’Connor of Oklahoma, Jason Miyares of Virginia, Alan Wilson of South Carolina, Treg Taylor of Alaska, Ashley Moody of Florida, Lynn Fitch of Mississippi, Jonathan Skrmetti of Tennessee, and Patrick Morris of West Virginia.

Before asking for financial reform, the 12 attorneys general thanked NAAG for its “interest in working through the range of issues” brought to their attention and its previous agreement to make some changes they had suggested.

“We look forward to working with you to restructure NAAG so that it may attain its mission of ‘fostering bipartisan engagement and cooperation among attorneys general and their staffs on legal and law enforcement issues,’” the attorneys general said, citing statements on its website.

Under a Frequently Asked Questions section of its website, NAAG denies that it is a partisan organization.

“NAAG is a nonpartisan organization and engages in policy advocacy only when an issue has bipartisan support from a majority of attorneys general,” the website states. “For NAAG to endorse a legislative initiative or a specific piece of legislation, a bipartisan group of at least 36 attorneys general must submit their approval.”

Financial reform is key to resolving the dispute, the GOP attorneys general argue, because it provides accountability for the funds. The $280 million is a windfall derived mainly from settlements to lawsuits brought by the states. There is no state oversight for how it’s spent even though these settlements are supposed to assist states in compensating individual victims and consumers.

Many states have laws against outside groups stashing away funds intended for public use for their own purposes.

And too often, as with the state attorneys general lawsuits against mortgage companies after the 2008 financial crisis, the money never reaches many of the victims.

In announcing his decision to cut ties with NAAG, Brnovich accused the organization of focusing more on getting its cut of the multimillion-dollar settlements than on his state’s priority to “get as much restitution as possible back to consumers.”

Advocacy groups such as the Alliance for Consumers have called on NAAG to direct the settlement money they received back to the individual victims and consumers.

Mortgage crisis victims were those who lost their homes to foreclosure after predatory mortgage lending practices. NAAG received substantial payouts from the national mortgage settlement, the tobacco master settlement, and the Volkswagen diesel emission cheating settlement.

“Bipartisan cooperation has been and will be an important tool, but we cannot avoid our critical role in ensuring accountability,” Reyes told RealClearPolitics in an emailed statement. “We are eager to begin a discussion on returning the funds or some other mechanism that allows States more direct access and control.”

Last year, McKinsey & Company, the global management consulting firm, agreed to pay $600 million to settle complaints brought by 49 state attorneys general for its alleged role in exacerbating the opioid crisis. McKinsey was accused of turbo-charging the drug’s sales by advising drug manufacturers to focus marketing efforts on doctors already writing the most prescriptions of the addictive painkillers.

Consumer advocates had hoped that at least some money would trickle down to families who suffered and lost loved ones in the crisis. But NAAG was the very first recipient of the settlement windfall, raising eyebrows among many of its members.

The $15 million of the $600 million McKinsey settlement NAAG received was a larger portion than many directed to the states. Montana, for instance, only received $1.9 million, according to the consent judgment. One anonymous Montana official recently likened NAAG’s settlement arrangements to a casino in Vegas where “the house always takes a cut.”

“And they take a pretty substantial cut that they negotiate on these settlements – to the point where you’d almost think that they’re a state.”