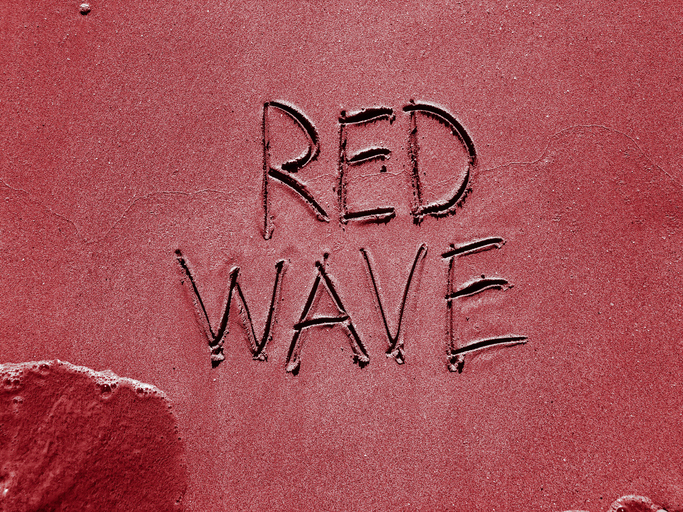 If Democrats take a drubbing in the off-year elections—and it seems increasingly likely, but not certain, that they will—it will be because they lost their moorings when the country seemed to go crazy with excessive COVID closedowns and irrational obsessions about systemic racism.

Schools were closed down despite the minuscule risk to children, and millions of modest-income folks were put out of work. People were told they were just as racist as in the days of slavery and segregation and that we must defund the police, pay reparations and impose endless racial quotas and preferences.

Let’s see how the voters’ response is developing.

Republicans regain lead in generic vote for the House

In an era of straight-ticket voting, party support in congressional elections is a good benchmark. The Real Clear Politics average showed Republicans ahead by about 3 points from last November to June. The developments—President Joe Biden’s legislative successes, the Dobbs decision, the restoration of jobs—appeared to reduce Republicans’ lead in August and September.

Three weeks ago, Republicans seized the lead and are ahead now by slightly more than in 2014, when they won more House seats (247 of 435) than in any election since the 1920s. Polls focused on likely voters showed Republicans ahead 48% to 45%.

Fundamentals have taken hold: out-of-control inflation, sparked first by President Donald Trump and then even more by Biden spending to compensate for COVID closedown losses; out-of-control crime, sparked by liberals’ defunding and deactivation of police forces and no-bail and quick-release of criminals. Liberal crime policies are hugely unpopular. Racial quotas and preferences in college admissions, the subject of a Supreme Court case on colleges to be argued on Oct. 31, are opposed by 73% in a Pew Research poll, and quotas have been voted down in eight of nine referenda since 1996, most recently in California in 2020.

Trump fixation is past its sell-by date

Immigration was one issue on which the sole rationale for Democrats’ policy was Orange Man Bad. If Trump would build a wall and force asylum-seekers to wait in Mexico, Biden would let everyone in. As New York Times reporter Frank Bruni notes, focusing on Biden rather than Trump “doesn’t exactly track with media coverage of the midterms.” Voters, in contrast, except for Democratic activists who are, in my colleague David Freddoso’s words, “obsessed with Trump to the point of insanity,” are focused on the current rather than the former president.

Although most news media try to suppress the story, Democrats are also suffering from out-of-control illegal immigration, highlighted by Florida Gov. Ron DeSantis flying immigrants to Martha’s Vineyard. It turns out that Hispanics, especially in the Rio Grande Valley but elsewhere, identify not with the illegal immigrants but with the Border Patrol, which has been ordered to let them enter, and with blue-collar workers whose jobs they may threaten.

As Clinton administration veteran William Galston admits in the Wall Street Journal, “The distinctive black experience in America isn’t the template for other minority groups.” Hispanics, it turns out, are more like Italians, as I argued in my 2001 book “The New Americans,” which means they’re moving toward Republicans—where they haven’t been doled out scraps from big government machines (Florida, Texas, Arizona, Georgia).

My own sense is that many abortion supporters assumed that reversing Roe would make abortion illegal everywhere. As they realized it didn’t, their concern about the issue faded. Meanwhile, Democrats who support legalizing abortion until the moment of birth may be finding themselves on the defensive against Republicans pivoting to popular restrictions on late-term abortions.

Over the summer, it looked like Republican primary voters, urged on by Trump, had saddled the party with weak nominees for senator and governor in otherwise winnable races. But in recent debates, the Republicans so characterized seem to be holding their own: Blake Masters in Arizona, Herschel Walker in Georgia, J.D. Vance in Ohio. In the single Pennsylvania debate on Oct. 25, the question is not how the fluent Republican Mehmet Oz does, but whether the stroke-disabled Democrat John Fetterman, who has trouble understanding spoken words, will respond to the closed captioning he has insisted on.

The most startling October development so far is Democrats’ apparent weaknesses in heavily Democratic states like Oregon and New York. Oregon hasn’t elected a Republican governor since 1982, but Republican Christine Drazan is leading in polls for reasons that apparently puzzled a team of New York Times reporters, whose account began by highlighting “liberal disharmony,” big contributions by Nike co-founder Phil Knight and the unexplained unpopularity of retiring incumbent Gov. Kate Brown. Only in the 12th paragraph did they finally make reference to “widespread homelessness and safety fears in Portland, which set a record for murders last year” and the new law decriminalizing “hard drugs like cocaine, heroin and methamphetamine.”

The Times found space to mention Oregon’s law welcoming abortion-seekers but failed to mention the antifa violence that plagued Portland during and after the “mostly peaceful” demonstrations and riots in the summer of 2020. Even in Oregon, as Nate Hochman reports in City Journal, there is a distaste for dystopia.

Is something similar happening in other Democratic states? Few House races have public polls this year, with a few showing Democrats trailing even in states like California, Minnesota and Rhode Island.

More startling is New York, where Kathy Hochul, elevated to the governorship after Andrew Cuomo’s resignation in August 2021, is leading Republican congressman Lee Zeldin by only 50% to 44% in the RCP average. She’s ahead just 50% to 46%, according to Quinnipiac, which shows Sen. Charles Schumer, in his 42nd year in Congress, leading Republican Newsmax TV host Joe Pinion by only 54% to 42%. Schumer has won reelection twice previously with 71% of the vote.

What’s the No. 1 issue in New York? For Democrats, it’s “protecting democracy,” but for Republicans and independents, it’s crime. New Yorkers know, from the days of Mayors Rudolph Giuliani and Michael Bloomberg, how pleasant it is to live in safety, and they have seen how violent crime has skyrocketed following the George Floyd demonstrations and riots and the passage of the state’s no-bail law. Meanwhile, James is focused on accusing Trump of overvaluing his assets when seeking loans from big banks. Trump fixation continues to trump real-life concerns.

I’m not predicting that Schumer is going to lose, and if the leaders in current polling win, the Senate will remain tied at 50-50. But we know that polling has missed the mark in recent elections, overpredicting Republicans in 2012 and maybe 2018, and overpredicting Democrats in 2014, 2016 and 2020.

But there’s more evidence that Republicans, or some subset of them, are refusing to be polled more often than Democrats. Pollsters are having trouble getting interviews in rural areas, most of which tend to vote heavily Republican. Fundamentals favor the Republicans —fundamentals that have their roots in the COVID closedowns and the racial reckonings, in decisions taken in those delirious times and in their consequences now.

Michael Barone is a senior political analyst for the Washington Examiner, resident fellow at the American Enterprise Institute and longtime co-author of The Almanac of American Politics.

Michael Barone
Michael Barone is a senior political analyst for the Washington Examiner, resident fellow at the American Enterprise Institute and longtime co-author of The Almanac of American Politics.