None of my columns have ever generated as many emails and phone calls as the recent series about the Colorado River, draining Lake Powell, and California’s abuse of its entitled share. When the Bureau of Reclamation decided to give that state a complete pass, instead cutting supplies yet again for Arizona, Nevada, and Mexico, many concluded that neither the Bureau nor California are serious about solutions.

We all understand the drought has affected the entire West, creating water shortages in every state, and drastically lowering water levels in reservoirs. But in the Colorado River water debates, California has always had an advantage over the other states – 840 miles of coastline on the Earth’s largest body of water. At least half of the people I heard from asked the simple question, why can’t they use the Pacific Ocean?

People cannot drink saltwater, obviously, but saltwater can be turned into freshwater. The process is called “desalination,” and a growing chorus of people insist that California spend some of its vast resources investing in that technology, to end to the otherwise endless battles over the Colorado River.

Observers took heart last month when Governor Gavin Newsom unveiled a new water plan for his state. It includes 4 million acre-feet of new storage; 1.3 million acre-feet of reuse, recycling, and conservation; and “making new water available for use by… desalinating ocean water and salty water in groundwater basins.” Finally, the state plans to take advantage of its ocean, as others have been advising for decades.

Sadly, the plan is long on goals but short on specifics. It calls for new reservoir storage but identifies projects that would store far less than the stated goal. It claims to protect existing water rights but says the state will “consider adopting regulations that would allow for curtailments of water rights in years when there is not a declared drought emergency.” Most disappointing, it names no specific desalination project, but asks water agencies to identify those with potential, so the state can “consider investing in grants” – to local governments, not desalination companies. But the provision bordering on outright falsehood is this gem: The water agency “will continue to guide research investments towards technological breakthroughs that solve California desalination challenges.”

That matters because we have seen, recently, how Californians react to desalination projects. In May, the California Coastal Commission, bowing to public opposition, unanimously voted down a desalination plant in Huntington Beach that was over 20 years in the planning. Its owner, Poseidon Water, has a track record with a similar-sized plant it operates in San Diego, producing nearly 50 million gallons a day and serving 400,000 people, at a cost of half a penny a gallon. There are 14 miniscule desalination plants in California, all of which combined produce barely 89,000 acre-feet of water a year. That’s a tenth of the water Blue Mesa Reservoir holds.

California’s only issue is cost. It is cheaper to take water from Arizona, Nevada, and Colorado, and to drain Lakes Powell and Mead, than to purify ocean water. But technological breakthroughs? That horse left the barn decades ago. There are over 18,000 desalination plants all over the world, providing water for 300 million people – nearly ten times the population of California.

Australia has six major plants producing the equivalent of 400 million gallons a day. A new plant just commissioned in the UAE already supplies 100 million gallons per day and will double by the end of the year. Israel produces half a billion gallons a day at five major desalination plants, and two more are being built. There are huge plants operating in Kuwait, Qatar, Libya, Algeria, and Bahrain.

The concept is not new or unproven, whatever West Coast politicians think. Saudi Arabia, the world’s largest country with no river, pioneered the technology in the 1950s out of necessity. Today it is the world’s leading desalinated water producer, generating almost seven billion gallons daily, 60 percent of the entire country’s water. Maybe it’s expensive, but it’s hard to be sympathetic to California’s “desalination challenges.” The state has the world’s fifth largest economy, with a GDP of $2.6 trillion, larger than any of the above countries.

Newsom said, “As California becomes hotter and drier, we must become more resourceful with the strategic opportunity… to build water resilience.” Build resilience? How about using your enviable unlimited supply to create total water independence?

Greg Walcher (gregwalcher@gmail.com) is the author of Smoking Them Out: the Theft of the Environment, and How to Take it Back, writes a weekly newspaper column on natural resources issues, and publishes a blog called “Resources and Reality.”

This commentary was originally posted at Greg Walcher.com and is republished with the author’s permission.

For more on California’s water issues, click here and here. 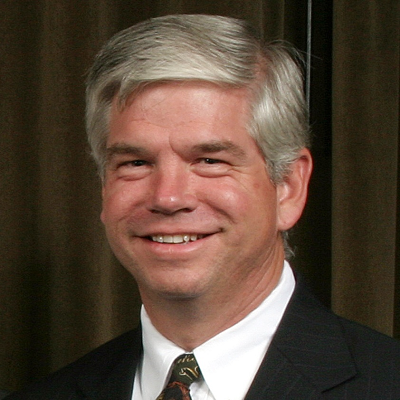 Greg E. Walcher
Greg Walcher is one of the most recognized and respected national leaders in natural resources policy.