Barone: It Looks Like the Republican Wave Is Coming In 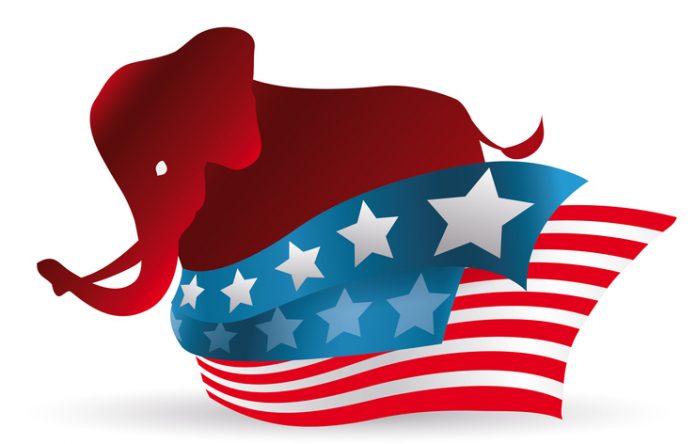 When you look around at the political scene, less than a week from the 2022 midterm elections, what do you see?

You see poll numbers trending toward a wave victory for Republicans. They now lead by 3 points in the generic vote for the House among likely voters, while FiveThirtyEight has flipped to show them with a 53% chance for a Senate majority.

What you don’t see a lot of is former President Donald Trump. He has held a few big rallies in states with close races. Earlier in the cycle, he endorsed primary winners who were predicted to be weak general election candidates, but who, you can see, are running competitive races.

And you don’t see a whole lot of President Joe Biden, who turns 80 in three weeks and is campaigning far less in his first midterm elections than Trump did at 72 or former President Barack Obama did at 49. Biden has mostly stayed on heavily Democratic turf—in New York and Maryland, with a stop for the gubernatorial candidate in Oregon, a race Democrats haven’t lost in 40 years.

He has avoided campaigning in three states—Arizona, Nevada and Georgia—whose Senate contests may well determine the majority in that chamber. In the Obama-Biden states of Wisconsin and Ohio, he’s been avoided or renounced by the Democratic Senate nominees he was supposed to help.

As for Vice President Kamala Harris, she joined Biden in Philadelphia and is slated to appear in Massachusetts for the governor nominee, who leads in the polls by a 25-point margin. Despite her assignment to handle the border, she’s apparently not headed to the Rio Grande Valley, where Democrats could lose three historically safe Hispanic-majority House seats.

You can also see what is going on when you look at where the flows of money have gone. With its increasing support from affluent white college graduates, Democrats have had little difficulty raising large sums of money for incumbent senators whose standing has not improved. They have also shelled out cash for governor candidates with exultant national media coverage, such as Beto O’Rourke in Texas and Stacey Abrams in Georgia, who are trailing embarrassingly in their races.

But much of that money has been spent on ads concentrating on abortion and “preserving democracy” themes—themes that enthuse committed Democrats but have little appeal to others. Republican barrages on out-of-control inflation, out-of-control crime and out-of-control illegal immigration seem to move more votes.

You can see how the battleground has shifted by noting that Democrats are spending for Washington incumbent Patty Murray, a 59% winner in 2016, and in dozens of House races in Biden districts. Democrats in double-digit Biden districts are suddenly in peril and begging for contributions.

Republicans are profiting from House Minority Leader Kevin McCarthy’s (R-Calif.) sterling recruitment efforts. “Seventy percent of Republican challengers in the most vulnerable Democratic seats are women, minorities, and/or veterans,” wrote National Review‘s Dan McLaughlin. “There are even two nominees who are all three of these things.” Just as the Republican Party’s constituency, in the Trump years but also in the last 20th century generally, has become more downscale and demotic, so has the Republicans’ roster of candidates.

You can see how this has positioned the party temperamentally and stylistically to profit from the reaction to the misguided policies of credentialed elites—the public health officials who insisted that extended lockdowns and school and business closings were necessary, the academic criminologists who insisted that defunding the police and de-incarcerating criminals wouldn’t increase violent crime, the economists who insisted that inflation was temporary.

These experts held sway in the 13 months from the onset of COVID-19 in March 2020 through the Black Lives Matter and antifa rioting that summer to the passage of the Biden $1.9 trillion COVID-19 relief legislation in March 2021. The collateral damage from their actions still reverberates.

Caught on a political limb are Democrats who followed expert advice and endorsed things like school shutdowns and defunding the police—policies New York magazine writer Jonathan Chait called the “indefensible and self-discrediting positions” of “the most unreasonable people on the Left” and Josh Barro called “dumbf— things The Groups signed up for in June 2020, because the people who staff The Groups are the most out of touch people on the planet.”

You will see the extent of the damage on election night next Tuesday. You can expect the tone to be set early, by the early results that come in from what used to be the nation’s most closely contested large state, Florida. Polls suggest a double-digit victory for DeSantis and a high single-digit margin for Rubio—and a nonappearance by fellow Floridian Trump.

Michael Barone is a senior political analyst for the Washington Examiner, resident fellow at the American Enterprise Institute and longtime co-author of The Almanac of American Politics.

Michael Barone
Michael Barone is a senior political analyst for the Washington Examiner, resident fellow at the American Enterprise Institute and longtime co-author of The Almanac of American Politics.