COP27 — “Loss and Damage” Vaguely Gets Some Support

Deliberate vagueness is a hallmark of diplomacy and the elusive concept of “loss and damage” has made the grade in Egypt. The concept will now be discussed, but without the central feature of liability.

Reminder: the idea is that because of prior emissions and such the developed countries are responsible for all bad climate change impacts on the developing countries. Here loss refers to things that cannot be fixed, like death and crop losses. Damage refers to fixable stuff like flooded cities.

Dropping the feature of liability expands the concept to include actions like humanitarian aid, so the liability-based concept is not actually on the table. Much follows from this. In particular the developed countries could agree to creating a funding facility, but in the name of charity, not liability.

You would never know about this deliberate vagueness from the green press headlines, which is all most people read.

For example Reuters says: “COP27 kicks off with deal to discuss climate compensation”. But compensation is off the table so not up for discussion. Foreign aid is not compensation.

Bloomberg goes even further, falsely claiming: “COP27 Talks Begin With Deal to Discuss Climate Reparations”. The concept of reparations implies paying for past harm, which “loss and damage”does not do, or not yet anyway.

Diplomacy often resorts to deliberate vagueness as a way to get people who disagree to agree to something and that is certainly the case here. After all, the developed countries already give large sums to developing countries for humanitarian aid, many billions of dollars. Moreover, much of this money is already said to be climate related.

So in principle the Biden negotiators and the rest of the developed country teams could agree to start a UN facility that gets to handle no-fault funding for loss and damage. In fact Denmark has already made a token contribution to this cause, something like $15 million. At that scale who cares?

Speaking of scale, a lot of green press reports say the developed countries fear the loss and damage doctrine because of potentially “billions of dollars” in liability. Make that trillions, or tens of trillions, or hundreds of trillions (which has been estimated). The recent Pakistan floods reportedly cost $30 billion or so. It only takes a few natural disasters of this scale to hit a trillion and we are potentially talking about all disasters, big and small, forever. Calling the risk “billions” is a flat out hoax.

The immediate problem is that this move creates an enormous ambiguity, with a very good chance for serious confusion. The words now have two very different meanings. So if someone uses them, which do they mean, with or without liability? Thus is no small matter.

Happily part of the reported tabling deal is that no decision will be made until the 2024 COP, or something like that. Unfortunately the deal seems to be invisible. The published COP27 Agenda just says this topic will be considered under Finance.

Here is the Agenda text: (Item to be discussed) “Matters relating to funding arrangements responding to loss and damage associated with the adverse effects of climate change, including a focus on addressing loss and damage”

Any rules against discussing liability, compensation and reparations are clearly not there, nor is the supposed 2024 decision schedule. So these widely reported provisions are just part of some informal, off the record deal. I have a hard time imagining them being enforced, or followed.

In short, discussion of the impossibly expensive doctrine of “loss and damage” is officially on the table at COP27. Certain big restrictions that make this discussion palatable to the developed countries have been announced, especially no mention of liability.

Whether these restrictions hold remains to be seen. Either way a lot of confusion seems certain, which I plan to enjoy. The green press will never get it right.

Stay tuned to CFACT for continued coverage of this “loss and damage” boondoggle.

David Wojick, Ph.D. is an independent analyst working at the intersection of science, technology and policy.

This article was originally published by CFACT and is republished with permission.

For information on the previous climate conference, COP 26, click here. 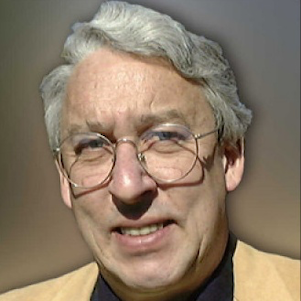