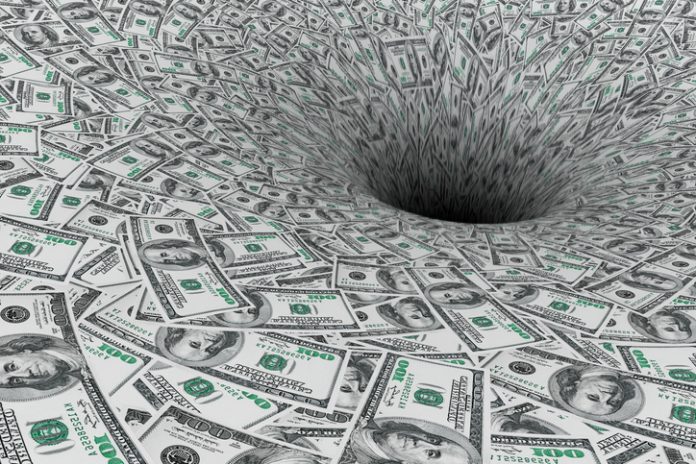 Against the backdrop of a contracting economy and falling real incomes, the House majority is trying to increase federal spending over the next decade by $1.7 trillion—imposing a cost burden of future taxes and inflation that would be equivalent to more than $13,000 per household.

As a first step, the House’s Democratic majority has decided to cram half of the regular appropriations bills into one giant bill. Running this massive so-called minibus through Congress so quickly, with little public discourse, is just another gimmick for the left to conceal its plans from the American people.

If enacted, all the increased spending would add to the national debt, continue to feed inflationary pressures, and choke American industry. As with all government spending sprees, the bar tab will come due eventually.

In short, this minibus offers a one-way trip to inflation and economic ruin.

Rep. Rosa DeLauro, D-Conn., chairwoman the House Appropriations Committee, had the audacity to claim that the funding levels of these bills have “significant increases [in spending] to help fight inflation.” But, as Americans have painfully learned over the past year and a half, government spending is exactly what triggers inflation.

However, congressional scoring rules undercount this burden. Under those rules, the one-year $132 billion increase in discretionary budget authority would result in dramatic baseline spending increases over the next 10 years. In this case, the increase would be roughly $1.5 trillion in new discretionary spending and an additional $200 billion in increased interest costs on the national debt.

Many of the bill’s spending increases are targeted at expanding the regulatory state. The annual economic cost of federal regulations is already estimated at about $1.9 trillion. That means that for each dollar spent on nondefense operations, we suffer $4 worth of regulatory burdens. So, the economic harm of those spending increases will be greatly magnified beyond their cost on paper.

Insidiously, this bill doubles down on its inflationary and other disastrous economic aspects by funding liberal priorities and dramatically expanding the administrative state.

In fiscal year 2023, the Environmental Protection Agency would receive a 21% budget increase. While that would be an enviable raise for most Americans, the EPA’s bureaucrats would instead use those taxpayer funds to issue new regulations that will further drive up energy costs and reduce competition.

Continuing their attacks on the core of the American energy industry, programs related to renewable energy and climate change would receive roughly 25% funding increases, and the bill would spend $100 million on electric vehicles for federal use.

So, while you might continue to struggle to afford gasoline, don’t worry about the federal government. It will be just fine. Rest assured that it will put your tax dollars to work waging war against fossil fuels—a war that will result in even higher energy costs for American families.

While there is no good time to weaponize the federal government against the engines of our economy, now would seem to be an especially poor moment to do so.

Weighing in at a 433% (unneeded and unjustified) increase in funding are grants to local and state governments for their election systems.

The minibus would provide “the highest level ever” for international food assistance, despite record-setting food costs for Americans.

The minibus also provides hundreds of earmarks at your expense to benefit a well-connected few. Some of those projects can be found on this 271-page list and include the usual gaggle of entrance-road relocations, bridges to nowhere, and funding for civic centers and parking garages. All on the taxpayer’s dime, with essentially no input from the people being taxed.

These bills also feature attempts to undermine state laws, gut long-standing protections to ensure taxpayer money isn’t used for abortions, and to track every ammunition purchase in the country.

Broadly speaking, these bills are aimed at promoting the leftist agenda and at undermining your freedoms and other rights—all of it funded with your money.

Beyond the specific deleterious provisions, it’s vital to remember that every dollar spent by the government imposes a cost on American families. Even the noblest and most constitutionally sound programs—such as national defense—still represent a trade-off.

Governments can’t create value. They can merely redirect it. Though national defense and some other government activities are needed, the vast majority of the federal government’s spending is some form of wealth redistribution, totaling three-quarters of non-interest spending.

All three options that governments have to get money ultimately come out of your wallet.

They can tax it, destroying the delicate business arrangements that provide paychecks and produce the things we need and use. By driving down economic production, this empties store shelves and can send prices sky high on what remains.

They can print it, directly devaluing your savings and the value of your paycheck by using their new dollars to drain value from yours. The dollars you earn represent the hard work you’ve done and the real goods and services you’ve created.

Only criminals and the government enjoy the luxury of producing money without producing real value. In fact, more than half of the new federal debt during the pandemic was funded by these newly printed inflationary dollars.

And finally, they can borrow the money, leaving debts for your children while draining the oxygen out of the economy today as the government crowds out investment in new and innovative business endeavors. The further devil in the details here is how they pay it back.

Every dollar borrowed by the government must be paid back somehow. Governments borrow with the promise to either tax someone or print even more money in the future. The certainty of the burden it will impose and the uncertainty of how it will be imposed cause economic chaos.

The resulting chaos triggers inflation today as people try to hedge against the prospect of future slower economic growth and a devalued dollar.

This is the path laid out by the House majority’s appropriations bills. The minibus before the House this week is just the down payment on the next installment of a larger government that will imperil the future of every American family.

Environment & Climate News Richard Stern and Miles Pollard - August 11, 2022 0
As implausible as the inflation reduction staging of the Democrats’ pork-filled bill of special-interest fodder is, the claims being made about its effect on greenhouse gas emissions are pure fantasy.