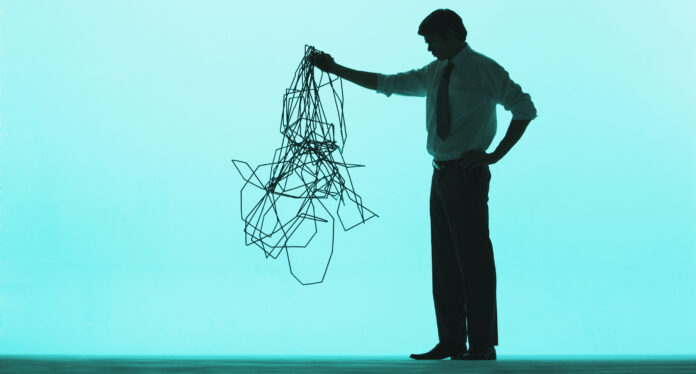 The broadcast television industry is trying to get the Federal Communications Commission to impose new rules on programming delivered over the internet.

“The affiliate groups of the four major TV networks want the FCC to take a fresh look at OTT [“over the top”] regulations that were first proposed in 2014,” TV Technology reports.

“The affiliates detailed how traditional MVPDs [multichannel video programming distributors] have been greatly impacted by the COVID-19 pandemic, which is compounding previously present challenges with ‘increasing competition for advertising dollars, … increasing concentration in the national programming distribution business and the rapidly developing trend toward streaming of video content,’ the summary reads,” the story states, quoting a summary of the teleconference.

Streaming services such as Netflix, Amazon Prime, YouTube, and HBO Max deliver their programming over the internet, known as over the top (OTT). Unlike broadcast, cable, and satellite systems, OTT services do not have to build or otherwise pay for all the infrastructure that delivers their product to the consumer. Broadcasters, for their part, were given their allocated spaces on the electromagnetic spectrum by the federal government in 2009 in making the transition to digital television, thus acquiring a valuable asset.

The broadcast network affiliates are trying to persuade the FCC to impose on OTT services some of the same rules as govern cable and satellite providers, or MVPDs, known as must carry and retransmission consent.

“Must carry,” established by law in 1992, requires MVPDs to carry all local television channels in each market, and the local channels cannot charge the MVPD for retransmission of their programming. A local channel, however, may reject must-carry and negotiate with an MVPD to receive compensation under a retransmission consent agreement.

The latter rule has led to the numerous well-known incidents in which local stations are “blacked out” on certain MVPD services.

The FCC made such a proposal in 2014 under President Barack Obama, but then-chairman Tom Wheeler withdrew the plan in the face of opposition from interest groups. The FCC under Wheeler and Obama was heavily in favor of greater federal regulation of telecommunications. The proposed rule was presented as a way of increasing competition.

“The FCC voted back in 2014 to approve a Notice of Proposed Rulemaking that would define some over-the-top (OTT) video providers as MVPDs, at a minimum to qualify for nondiscriminatory access to programming, similar to the way the FCC opened up cable programming to satellite competitors in the 1990s,” Multichannel News reports.

The broadcasters are trying to persuade the FCC to resurrect that plan. Exactly which services would be subjected to the rules is currently unclear. The term “linear stream of programming” used in the proposal would likely exclude services such as Netflix and Prime.

“The 2014 item would define an OTT that delivers a linear stream of programming as an MVPD,” Multichannel News reports. “That means those OVDs would have access to content through the FCC’s program access rules, but also have to negotiate retransmission consent with broadcasters. It would not apply to IP-delivered versions of a cable operators [sic] traditional service, to which program access rules already apply.”

The broadcasters are vying for a revenue slice from the growing OTT market segment, and are looking to the FCC to force OTTs to carry their wares.

“OTT video delivery has grown by leaps and bounds since then and affiliates clearly think it is time to revisit an order that would give them retrans/must carry rights on that new medium,” Multichannel News reports.

The rules the network affiliates are calling for would be a radical change in the FCC’s treatment of the internet, and there appears to be little chance of the 2014 rule being imposed by the current commissioners. The likelihood is that the broadcasters are preparing the ground in case of changes at the FCC after the upcoming November elections.