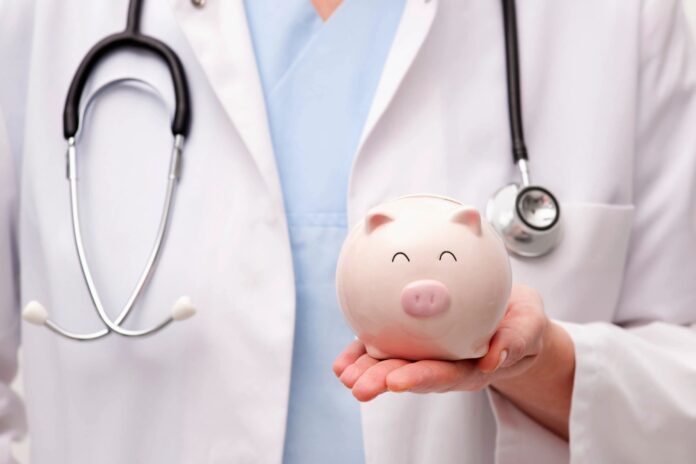 The Trump Administration expanded access STLDI in August 2018, allowing the plans to be held one year and renewable for three years beyond that. The Association for Community Health Plans challenged the rule, saying the plans run contrary to Obamacare.

STLDI plans are bare-bones, low-cost health insurance for healthy people. They have been available for many years in virtually every state to meet the temporary need for insurance by people who are transitioning from home to school, from school to work or from job to job.

Traditionally, this type of bridge insurance has lasted for up to 12 months. Because the product meets the needs of a niche market, Obamacare regulations do not apply, including the prohibition against discrimination based on health status. Many state insurance regulations don’t apply either.

The plans often exclude coverage for mental health, alcohol and drug abuse, and even prescription drugs, making them undesirable for patients with chronic conditions who require expensive drug therapy.

Short-term plans are an increasingly attractive option for those who qualify. Premiums are typically one-third the price of plans on the Obamacare exchanges, and the insurance covers doctors and hospitals that Obamacare plans often exclude. Enrollees are free to leave at any time and sign up for an Obamacare plan if they want more expansive coverage.

According to the Democrats’ June 25 report, STLDI plans are growing in popularity. Three million individuals are enrolled in STLDI plans, up 600,000 in 2019, alone.

The Obama administration clamped down on short-term plans, with the president bypassing Congress and using executive action to restrict the plans to three months with no renewals. The Trump administration has been more favorable, allowing plans to offer 12-month coverage and an option to renew for two more years if state governments approve.

“They create the possibility for the closest thing we have ever seen to free-market health insurance,” said Goodman (see related article, page 7).

The House Democrats’ report refers to STLDI plans as “junk” insurance and uses the word in its title.

“These plans are simply a bad deal for consumers,” the executive summary states.

The report claims STLDI plan brokers “engage in misleading and fraudulent marketing practices,” and it states the plans are “highly profitable for insurers and brokers,” fail to cover services the writers consider important, and “employ ways to refuse to pay for medical care after claims arise.”

In one case cited in the report, an insurer denied coverage for a $280,000 bill to treat an infection because the enrollee failed to reveal a prior ultrasound that showed something “suspicious for deep venous thrombosis.” Another case citation describes the denial of a $190,000 claim to treat a heart condition when the enrollee did not reveal a previous diagnosis of diabetes.

Denials occur when enrollees have been dishonest and are standard practice in the insurance industry, says John Goodman, co-publisher of Health Care News.

“When you enroll in one of these plans, and you lie about a health condition or the results of recent medical tests, you may discover that health insurance is not going to pay your medical bills,” said Goodman. “The same thing happens when you apply for life or disability insurance.”

The House committee recommends all STLDI plans be subjected to the same coverage mandates as Obamacare plans and that states restrict the plans by limiting coverage to 90 days, prohibit renewability, ban sale during Obamacare enrollment periods, and require the plans to be sold in-person.

STLDI plans are not the problem but a solution, says Greg George, a senior research fellow at the Foundation for Government Accountability and coauthor of “Short-Term Plans: Affordable Options for America’s Uninsured.”

“People are buying short-term plans typically during a life transition such as following a job change or loss, transitioning to Medicare, or they are in between enrollment periods for employer or Obamacare coverage,” says George.“ Because premiums have doubled since 2013 in the individual market, people have limited choices for something affordable, so short-term plans offer a way for consumers to protect themselves from being uninsured during a transition.”

There may be a good reason people are buying this “junk” insurance, says Chris Pope, a senior fellow at the Manhattan Institute and author of “Renewable Term Health Insurance: Better Coverage than Obamacare.”

“There may be some cases in which state regulators are allowing plans to be sold that shouldn’t be, but in many cases STLDI plans offer better value than is available through the ACA market,” said Pope.

Pope and George say congressional Democrats oppose STLDI because they want to protect Obamacare at all costs.

“Democrats in Congress think that Obamacare coverage is the only kind of ‘real’ health insurance,” says George. “What they are ignoring is that for millions of Americans, these flexible short-term plans are the difference between them having health coverage or being uninsured.

“Pallone’s committee has been opposed to STLDI from the outset,” said Pope. “They initially claimed STLDI deregulation was designed to sabotage Obamacare, but Obamacare is actually more stable since STLDI deregulation went into effect. Having committed substantial resources to attacking the STLDI market, the committee has been left with some fairly weak arguments and conclusions.”

Media on the Attack

Media coverage of STLDI has been consistently inaccurate, says George, citing as an example a June 26 article in Health Affairs which failed to present any views in support of the plans.

“The media has done a very poor job of telling the stories of patients that have been saved by short-term plans when they have gotten very sick or had a major medical event, as the alternative is often that that patient would have been uninsured,” said George. “The report appears to say that at least three million Americans utilized short-term plans in 2019.”

Pope says the public and press should not trust what politicians say about short-term plans.

“There has been a widespread tendency to take attacks from congressional Democrats at face value, and a failure to compare their predictions of the consequences of STLDI deregulation for the Obamacare market with what actually happened,” said Pope.