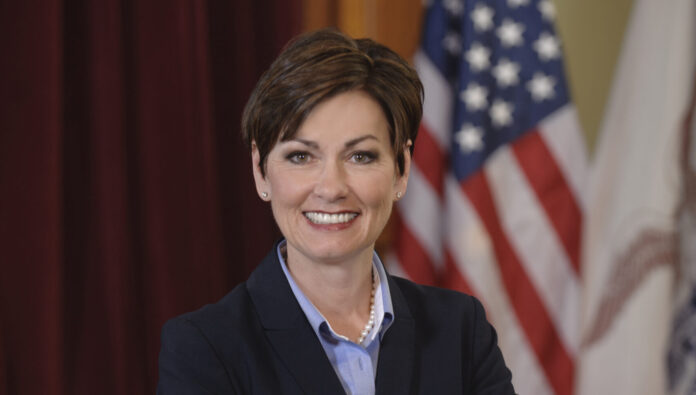 · Allowing new Iowa residents with an out-of-state license to use their skills and training in the same licensed profession … in Iowa without additional red tape.

· Creating a uniform standard of review for denial of licensure based on a person’s conviction history.

The latter provision holds that people with past criminal convictions can be denied occupational licenses only if their offenses are relevant to the employment area for which they are seeking licensing.

Gov. Kim Reynolds signed the bill into law on June 25.

“[W]orkers said there was too much red tape in the process,” reports KCCI-TV. “Now, they hope more out-of-state professionals will bring their skills to Iowa.”

A worker who recently moved to Iowa described the new law as “encouraging” and likely to benefit the state’s economy.

“The encouraging things I’ve seen in this revision, in this bill, are going to do a tremendous amount for tradespeople throughout the state in inviting credentialed professionals from other states to help meet the demand that is growing here in the state of Iowa,” KCCI-TV reports Mathieu Lemay, an electrician who moved from Texas to Iowa three years ago, as saying.

Writing in the Globe Gazette, Walt Rogers, a former Iowa state representative and current deputy director of TEF Iowa, a public policy think tank, says the new law “advances both freedom and opportunity” by removing employment barriers for low-income people and those with a criminal record:

“Lower income Iowans will be empowered by this law. With Iowa being one of the most regulated states for occupational licensing requirements, the financial burden often falls heavily on lower income individuals,” Rogers writes. “Now, Iowans whose household income is at or below 200 percent of the federal poverty level, the initial license application and background check fees will be waived.

“. . . Individuals with a criminal past who are trying to become productive citizens, do not currently have a criminal record, and are trying to earn a living should be allowed a ‘second chance’ and not be disqualified from work,” Rogers writes.

A June 17 working paper from the Mercatus Center affirms Rogers’ point about the reform’s likely positive effect on aspiring workers:

“Occupational licensure increases the cost of entering a profession and tends to increase the wages of license holders,” write study authors Dustin Chambers and Colin O’Reilly.

Critics of the bill said people whom the law would allow to work are poorly qualified and likely to hurt their customers, reports columnist Rod Boshart in The Gazette.

“Opponents said the one-size-fits-all approach will open the door to undertrained people licensed under less stringent standards in other states to do shoddy work that will cost consumers and, in some cases, risk their safety” Boshart writes.

Boshart reports Reynolds had “called on legislators to make changes that would ensure government isn’t stifling the ingenuity of Iowans and putting the state at a competitive disadvantage with its professional licensure system—a system that has 104 licensed job types, according to Iowa Workforce Development. Reynolds, an Osceola Republican, noted that Iowa required about one-fourth of its workforce to have some kind of professional licensure—which is [the] nation’s second-highest.”

A state senator who supported the bill said it protects consumers while removing unnecessary burdens from those seeking work opportunities.

“Sen. Brad Zaun, R-Urbandale, said the bill recognizes work and job experiences—’what I call the school of hard knocks’—without getting rid of safeguards in allowing professionals to work in Iowa at a time when the state faces shortages in many areas,” Boshart reports.