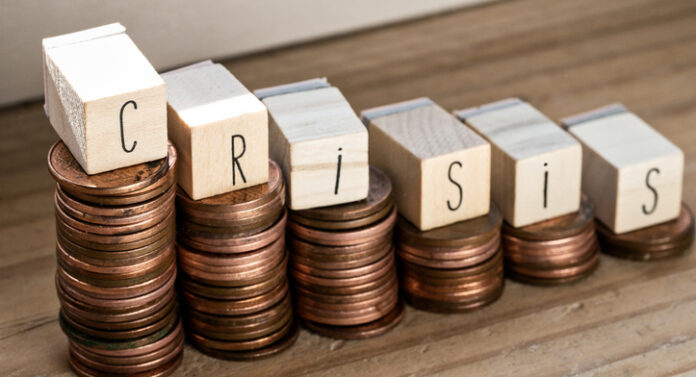 With state budgets falling far into the red in the wake of the economic contraction caused by the coronavirus lockdowns, calls are increasing for the federal government to send more taxpayer money to make up the shortfalls.

States’ tax revenues are far below expectations for both the 2020 and 2021 fiscal years, CNBC reports.

“State revenue shortfalls could reach a staggering $200 billion in fiscal year 2020 which just ended, and fiscal year 2021, which began on July 1, according to the Tax Policy Center,” CNBC reports. “Based on the most recent projections from the states, the think tank says states will post $75 billion in shortfalls for fiscal year 2020, in which revenues were strong before the pandemic hit in March, and $125 billion in the current fiscal year.

“‘Some states are projecting revenue declines of up to 20% between now and the end of fiscal 2021,’ [Brian Sigritz, director of State Fiscal Studies at the National Association of State Budget Officers,] said. ‘In comparison, during the Great Recession, state revenues declined 11%.’

“And because every state except Vermont has a constitutional or statutory requirement to balance its budget, something has to give.”

The states are looking to the federal government to provide money to make up the difference, in addition to the $150 billion in direct coronavirus relief money allocated in March by the CARES Act and the $500 billion in Federal Reserve purchases of state and municipal debt.

“If we do see additional federal aid, it could lessen the need for budget cuts in some of these areas, such as public safety, health care, education, transportation. Also, additional federal aid would help with the overall rebounding of the national economy,” CNBC reports Sigritz as saying.

Nearly every state has a balanced budget amendment, which means that when revenues fall below expectations, they must cut spending or dip into their rainy day funds. That is commonly known as countercyclical fiscal policy, which enables governments to get through tough times by using excess revenue generated when economic growth is strong.

The coronavirus lockdowns that the states chose to implement undermined the economy so badly that they cannot make do with cuts to services deemed nonessential plus use of whatever rainy-day money they saved, CNBC reports.

“But Sigritz said even the healthiest states’ rainy day funds are no match for the Covid tsunami,” CNBC reports.

The revenue shortfalls and inability or unwillingness of state governments to cut their spending enough to balance their budgets may cause credit agencies to reduce the states’ credit ratings, increasing the cost of borrowing.

States have dialed back on promises of new spending programs their governors made during “state of the state” addresses given this year before the coronavirus pandemic hit the United States, according to the Pew Foundation, but those foregone spending increases are only a small part of the solution, U.S. News reports.

As a result, federal intervention can be expected to have just as bad an effect on credit markets as the states’ budget problems are causing.

“[I]f the United States had enacted fiscal rules to constrain deficits and debt over the past two decades—as some OECD countries have done—the national debt could have been reduced below tolerance levels by relying on orthodox fiscal policies,” Merrifield and Poulson write. “Thus a modest reduction in the rate of growth in spending and entitlement reform could have balanced the budget. In turn, a cyclically balanced budget would have resulted in sustainable fiscal policies, and the nation would not have had to respond to the Great Recession with a fiscal bailout that doubled the national debt.”

As a result, Merrifield and Poulson write, “our nation has no fiscal space. Our debt burdens are already beyond tolerance levels.”

Increasing the federal budget deficit even further in order to bail out the states would be a disaster, according to Merrifield and Poulson.

“Expansionary fiscal policies, such as those pursued by the Obama administration, would trigger deficits and debt levels that would expose the country to default and loss of access to international capital markets,” the authors wrote in their 2017 article.