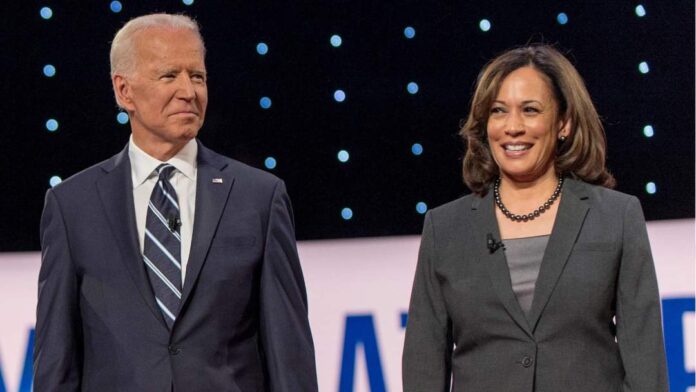 In his speech at the Democratic National Convention, presidential candidate Joe Biden said, “Character is on the ballot,” castigating the Trump administration for “its failure to tell the truth simply.” In a bland, uninspiring speech brimful with empty platitudes (“Light is more powerful than dark,” for example), Biden promised a return to decency.

Biden has long cultivated a down-to-earth, authentic persona, and it is only a persona. This is because inauthenticity—laced with a lack of any real moral courage and any real conviction beyond base power-lust—is Joe Biden’s defining quality.

Despite his please for racial justice, Biden has been a deeply regressive (rather than progressive) figure for decades.

If Biden’s politics are toxic, it may be because he never really had politics, merely adopting Washington orthodoxy without thought or conscience.

And that, in practice, has meant embracing a Washington consensus of endless war, a post-9/11 national security state that unconstitutionally spies on and tramples the rights of Americans, and a War on Drugs that has militarized the nation’s police departments and incarcerateds millions, including so many innocents, disproportionately harming black Americans.

Biden’s instincts always seem to lead him in the wrong direction—the easy direction conveniently euphemized as dealmaking and consensus-building. After 9/11, Biden praised George W. Bush as charting “a course of moderation and deliberation.” Barack Obama ran for the U.S. Senate in 2003 on principled criticism of the Patriot Act. Joe Biden has gone around bragging that he wrote it.

Biden is a reliable war hawk. It’s hard to find a U.S. military intervention Joe Biden didn’t like, and he has been a consistent enemy of civil liberties in his positions on terrorism and domestic crime.

Biden’s crime bill, perhaps his signature legislative accomplishment, was the accursed product of the police lobbying group the National Association of Police Organizations—and with Biden pushing it, everything they wanted, they got. Biden’s tough-on-crime speeches at the time, in the early ‘90s, were filled with thinly veiled racist stereotypes and callous, vengeful attitudes about criminal justice.

It only stands to reason, then, that Biden’s choice for VP would be a person who has boasted of being California’s “top cop,” of wanting “to see more police officers on the street,” and of treating truancy as a crime and “block[ing] the release of nonviolent second-strike offenders” even as her state’s prisons overflowed.

Like Biden’s, Harris’s career as a “public servant” stands ignobly on the ruins of American lives, particularly black Americans’ lives, that she has destroyed with the outmoded policies of the War on Drugs. As she runs for vice president, she seems to be without guilt or compunction, even as she shamelessly repositions herself as in favor of “bold police reform nationwide.”

How can anyone who is even somewhat familiar with Harris’s record take this seriously? How can they take it as anything more than the practice of electoral politics at its most cynical and opportunistic? Like her running mate, Harris is hypocritical and inauthentic, happy to say or do anything to keep climbing the power ladder.

Of all the disastrous pairings that could’ve come out of the Democratic primary season, Biden and Harris may well be the least progressive and the most concerning for a growing movement of Americans seeking meaningful reform on policing, criminal justice, and prison issues. Biden and Harris embody everything people rightly hate about politics: the inauthenticity, the smiling duplicitousness, the lack of moral courage.

Biden and Harris share a willingness to take any position to get to the top, their ugly, pitiless ambition overriding any principles they may hold.

As it happens, the Democrats tried something rather like this in 2016, nominating the safe-bet establishmentarian, a war-loving Washington mainstay with no conscience, whose fingerprints were all over so many of the worst policy mistakes of recent history.

The Democratic Party, which has no shortage of young, progressive up-and-comers to choose from, instead tapped Harris, an utterly unscrupulous cop, during a year when Americans around the country are out in the streets protesting the very injustices Biden and Harris represent.

Biden’s positions, like his career itself, are old, stale, and well past their expiration date.

[Originally posted at The Hill.] 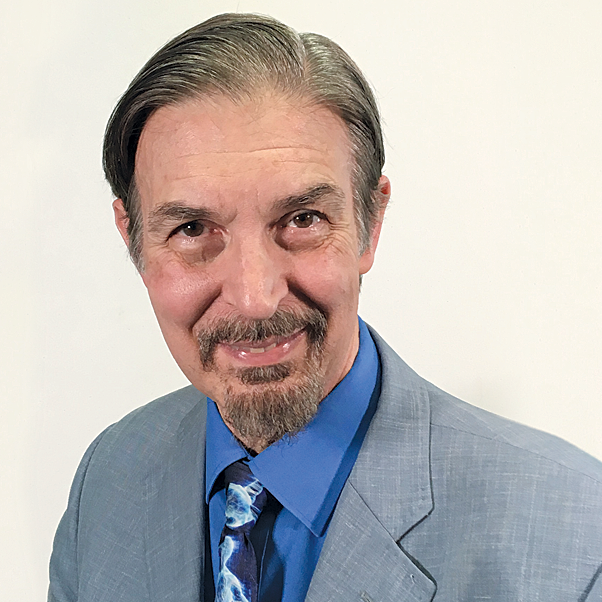 Ed Hudgins
Edward Hudgins is a senior fellow for The Heartland Institute. Hudgins' work as a senior fellow focuses on a wide range of issues, including Postal Service reform, Free to Choose Medicine, and various economic, education, and regulatory issues. Prior to becoming a Heartland senior fellow, Hudgins was Heartland's research director. As research director, Hudgins set the organization’s research agenda and priorities; worked with in-house and outside scholars to produce policy studies and books; contributed his own research; and worked with Heartland staff to promote Heartland’s work. Before joining Heartland, Hudgins was the director of advocacy and a senior scholar at The Atlas Society, which promotes the philosophy of reason, freedom, and individualism developed by Ayn Rand in works like Atlas Shrugged. His latest Atlas Society book was The Republican Party’s Civil War: Will Freedom Win? While at The Atlas Society, Hudgins developed a “Human Achievement” project to promote the synergy between the values and optimism of entrepreneurial achievers working on exponential technologies and the values of friends of freedom. Prior to this, Hudgins was the director of regulatory studies and editor of Regulation magazine at the Cato Institute. There, he produced two books on Postal Service privatization, a book titled Freedom to Trade: Refuting the New Protectionism, and a book titled Space: The Free-Market Frontier. Before this, Hudgins was a senior economist at the Joint Economic Committee of the U.S. Congress, specializing in trade and regulatory issues. Hudgins also worked at The Heritage Foundation as deputy director for domestic policy studies, and as director of the Center for International Economic Growth, where he pioneered the concept of an Index of Economic Freedom. Hudgins has appeared on major TV networks, including CSPAN, Fox News, MSNBC, The History Channel, and CNN, and his op-eds have been featured in papers like the Washington Times, Wall Street Journal, Boston Globe, and Philadelphia Inquirer. Hudgins has a B.A. in government from the University of Maryland, an M.A. in political theory from American University, and a Ph.D. in political philosophy and international political economy from the Catholic University of America. He has taught at universities in the United States and Germany.