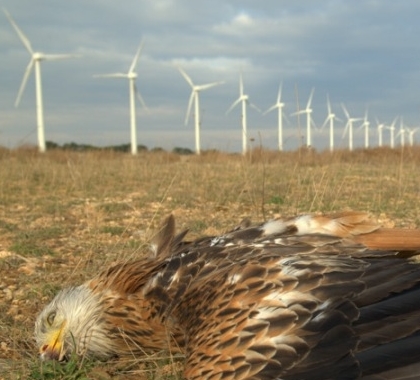 Democrat Party vice-presidential nominee Sen. Kamala Harris (D-CA) cosponsored the Senate resolution to support the Green New Deal (GND). Now, former Vice President Joe Biden, the party’s nominee for the presidency in the 2020 election, has endorsed the plan. Naturally, people want to know what the GND will cost, usually meaning in state and federal government spending. But that is the wrong question.

The real question is, how much do Green New Dealers expect to get out of it, at what total cost? Biden says he wants the feds to spend nearly $7 trillion over the next decade on health care, energy and housing transformation, climate change, and other GND agenda items. But that is only part of the picture.

Getting the Big Picture

Rep. Alexandria Ocasio-Cortez (D-NY), who has a degree in some socialist version of economics, and the folks who helped her write Biden’s so-called Climate Plan have a clear idea of how much money they want, and they pretty much know where they expect the money to come from. Here it is in its clearest form, as stated by Ocasio-Cortez’s chief of staff at the time, Saikat Chakrabarti:

“The resolution describes the 10-year plan to transform every sector of our economy to remove GHG [greenhouse gases] and pollution. It says it does this through huge investments in renewables, at WW2 scales (which was 40 to 60 percent of America’s GDP).” [emphasis added]

World War II was a time of great sacrifice and hardship, as part of a dramatic and historic mobilization to win a horrific global war. However, that hard reality doesn’t matter to these folks. They say we are now waging a war to stop catastrophic climate change. So money, sacrifice, and disruption are irrelevant.

Our nation’s GDP is around $20 trillion a year, or $200 trillion in ten years. Forty to 60 percent of that is $80 trillion to 120 trillion. For simplicity, let’s call it an even $100 trillion to finance the Green New Deal utopian dream.

$100 trillion! The ways and means of raising this stupendous sum are also clear in their minds. It will be done the same way WW2 was financed, however that was. To them, it’s obvious that we can simply do this, because we did it before. The specifics don’t matter. Government elites will figure them out.

But even this arrogant, cavalier attitude is only part of the picture.

If you read what Green New Dealers say, confusion arises because people think the GND is an ordinary policy proposal: “Here’s what we want done, and this what it should cost.” It is nothing like that. The GND is more along the lines of, “Here’s the level of effort we require to transform our entire economy, and this is what we should be able to do with that much money.”

People tend to interpret Green New Dealer talk of a WW2-like mobilization as a simple metaphor. But these folks mean it as an actual measure of what they are determined to do. So far they have glossed over and ignored the extreme hardships of mobilization. Here’s just one example—not from front-lines mayhem but from the United States home front during World War II.

Gasoline, meat, and clothing were tightly rationed. Most families were allocated three U.S. gallons of gasoline a week, which sharply curtailed driving for any purpose. Production of most durable goods, such as cars, new housing, vacuum cleaners, and kitchen appliances, was banned until the war ended. In industrial areas, housing was in short supply, so people doubled up and lived in cramped quarters. Prices and wages were controlled (Harold Vatter, The US Economy in World War II]).

No doubt the GND mobilization would impose different hardships. But all mobilizations are oppressive. You can’t commandeer half of the GDP without inflicting severe disruption on people’s lives.

No Justification for Climate War

The argument is sound in its way, provided there is a need for all-out war, but there is not. The minor to modest temperature, climate, and extreme weather changes we’ve been seeing (in the real world outside computer models) explain why most Americans see no need for a painful war. So does the fact that China, India, and other emerging economies are not about to give up fossil fuels anytime soon.

In fact, polls show that roughly half of Americans do not even believe in the idea of dangerous human-caused global warming, much less that it is an “existential threat,” as Sen. Harris claims it is. The latest Gallup poll found that only 1 percent of U.S. adults consider “climate change/environment/pollution” to be “the most important problem facing this country today.” That’s down from a meager 2 percent in the May 28-June 4 poll.

Even more revealing, a 2019 AP-NORC poll found that 68 percent of adult Americans were unwilling to pay even an extra $10 on their monthly electricity bill to combat global warming. Indeed, 57 percent of them would not be willing to pay more than $1.00 in added electricity charges to fight climate change!

Just wait until they see what the Biden-Harris-AOC-Democrat Green New Deal would cost them!

And it’s not just that their costs would likely skyrocket from an average U.S. 13.2¢ per kilowatt hour (11.4¢ or less in ten states) to well beyond the nearly 20¢ per kwh that families are already paying in California and New York, or the 30¢ that families are now paying in ultra-green Germany. Or that factories, businesses, hospitals, schools and everyone else would also see their costs escalate, with blue-collar families, the sick and elderly, poor and minority communities hammered hardest.

It’s that the GND would force every American to replace their gasoline and diesel cars and trucks with expensive short-haul electric vehicles; their gas furnaces and stoves with electric systems; their home, local, and state electrical and transmission systems with expensive upgrades for a totally electric economy. They’ll see their landscapes, coastlines, and wildlife habitats blanketed with wind turbines, solar panels, transmission lines, and warehouses filled with thousands of half-ton batteries. Virtually every component of this GND nation would be manufactured in China and other faraway places.

The cost of this massive, total transformation of our energy and economic systems would easily reach $10 trillion: $30,000 per person or $120,000 per family, on top of those skyrocketing electricity prices. And that’s just the intermittent, unreliable energy component of this all-encompassing Green New Deal.

These are stupendous, outrageous costs and personal sacrifices. Every American, at every campaign event and town meeting, should ask GND supporters if they think America needs to, or can afford to, cough up $10 trillion or $100 trillion over the next 10 years. And not let them get away with glib, evasive answers, or attempts to laugh these questions off as meritless or irrelevant.

The American people are not about to be mobilized into an all-out war against dubious climate change, with price tags like these coupled with repeated blackouts, huge personal sacrifices, and massive joblessness in every sector of the economy except among the enlightened government ruling classes.

The American people have already seen news stories about the latest rolling blackouts in California (here, here, here and here) resulting from one-third of that state’s electricity coming from “renewable” sources, and with another third of the state’s electricity imported from other states that also get heat waves. They should ponder what their lives, livelihoods, and living standards would be under 100 percent wind and solar power.

And yet, once again, even all this insanity is only a small part of the picture.

Remember, the GND is also about government-run healthcare and an economy and nation where “progressive” “woke” legislators, regulators, judges, and activists tell companies what they can manufacture and sell, and tell us what we can buy, eat, and drink; how and how much we can heat and cool our homes; and what we can read, hear, think, and say, as they “transform” our culture and traditions.

The GND is being promoted by politicians, news and social media, “educators,” and “reformers” who want to eliminate free-enterprise capitalism; have totally open borders, even for criminals and people who might have COVID and other diseases; and want to defund the police, put anarchists, looters, and arsonists back on our streets, and take away our right and ability to defend ourselves, our homes, and our families.

The time to think long and hard about all of this is NOW. Not sometime after the November 3 elections.

Paul Driessen (pdriessen@cox.net) is a senior policy advisor with the Committee For A Constructive Tomorrow (CFACT) and the Center for the Defense of Free Enterprise. David Wojick, Ph.D. (dwojick@climatechangedebate.org) is an independent analyst working at the intersection of science, technology, and policy.