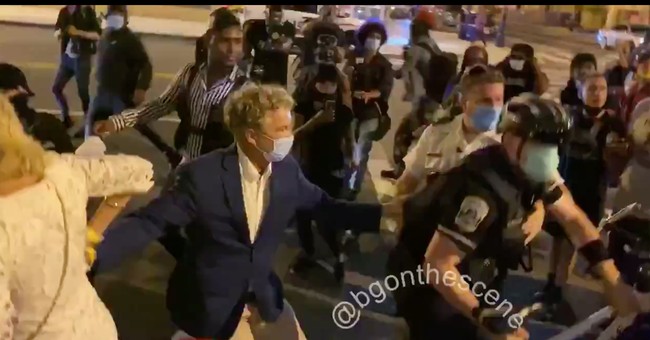 After the fourth and final night of the Republican National Convention, Sen. Rand Paul (R-KY) and his wife were met by a malevolent mob as they made their way from the White House to their hotel. During the scrum, protestors assaulted policemen escorting the Pauls, and followed them to their hotel while screaming racial epithets at the couple.

Of course, the liberal mainstream media has downplayed this incident, just as they have done for the past three months regarding the rise of riots and violence in several American cities. In fact, the day after a U.S. senator was surrounded by a vicious mob, most of the liberal mainstream media buried the story, pretending it never happened. A quick peek at The New York Times’ website, CNN.com, and MSNBC.com reveals almost no coverage of the shocking and scary event.

However, one would suspect the media would have a very different take if this had happened to a Democratic politician. In fact, had Tea Party protestors (who always protested peacefully) committed a similar act against a Democratic senator, it is likely the liberal mainstream media would have blown a gasket while demanding the dismantling of the Tea Party.

In other words, the liberal mainstream media is more than reluctant to condemn the most recent attack on Paul because they most likely condone it.

What’s more, the ignorant mob that surrounded Paul berated him because of their apparent lack of knowledge regarding Paul’s record and stance on criminal justice reform legislation. Unbeknownst to the misinformed/uniformed mob, Sen. Paul has been a leading advocate of ending so-called “no-knock raids,” which is the type of warrant that was served during the terrible and tragic incident involving Breonna Taylor.

As Paul explained, “They were shouting threats to us, to kill us, to hurt us, but also threats saying shout, shouting ‘say her name,’ Breonna Taylor, and it’s like you couldn’t reason with this mob, but I’m actually the author of the Breonna Taylor law to end no-knock raids, so the irony is lost on these idiots that they’re trying to kill the person who’s actually trying to get rid of no-knock raids.”

Paul added, “I truly believe this with every fiber of my being, had they gotten at us they would have gotten us to the ground, we might not have been killed, might just have been injured by being kicked in the head, or kicked in the stomach until we were senseless.”

If the mob had a clue, they would have praised Paul for his strong support of the very law they want passed. However, the throng of imbeciles who tried to do harm to Paul have little knowledge about such things. They are, in general, all about sowing chaos and division—not solutions and unity.

But, as the past three months have shown, the mobs that have engaged in mass looting, wanton property destruction, and horrific violence are not interested in solving problems because they are the problem.

As Paul explains, “You’ve seen the pictures of what they do to you. If the police are not there, if you defund the police, if we become Portland, if America becomes Portland, what’s going to happen is people are going to be pummeled and kicked in the head and left senseless on the curb. That would have happened to us, I promise you, had we not had the DC Police to support us, we are thankful we have police, and we’ve got to wake up. We can’t have the whole country, we can’t have Joe Biden rule the country and have no police. I mean, we can’t walk down the street in DC safely now. That’s how bad it is.”

Paul is spot-on. The nation’s capital has become a focal point for dimwitted hordes to harass hard-working Americans. From Black Lives Matter mobs entering restaurants and demanding that patrons raise their fists in solidarity, to what happened to Paul—Washington, DC is almost unrecognizable these days.

Federal monuments have been destroyed. Crime and violence are skyrocketing. The nation’s capital is a mess, literally. What happened to Rand Paul and his wife should not be a surprise, it should be an ominous warning of what lies ahead if the moronic mobs have their way. 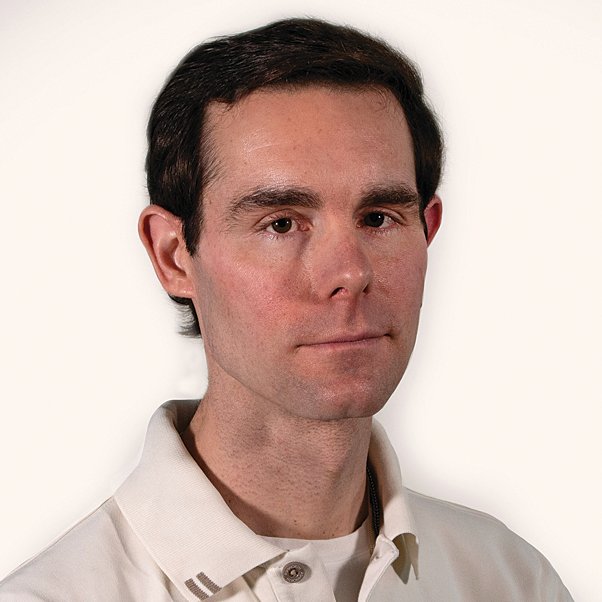