This week’s inflation numbers provided the only economic news. Consumer prices in August continued to rebound, rising at a 4 percent rate for the third consecutive month. The year-over-year increases are still below 2 percent.

Unemployment news was mostly unchanged in the latest week.

While the economy has recovered rapidly, there were still 14 million unemployed in August.

What to Expect This Coming Week

On Tuesday, the Federal Reserve (Fed) will report its estimate for manufacturing activity in August.

Advance data regarding manufacturing are mixed. While the ISM survey shows a strong reading of 63 for manufacturing production, employment data show only 3,000 manufacturing jobs were added in August. This makes it difficult to estimate this number.

On Wednesday, retail sales data for August will probably show a slowdown or even a decline. July sales were 2 percent higher than their peak in February, so these numbers are overdue for a correction.

Even so, retail sales are among the least reliable data. They are often revised extensively. As a result, it is difficult to take them too seriously.

Later in the afternoon on Wednesday, the Fed will announce no change in its monetary policy. So long as unemployment remains high, the Fed will continue to create more money and liquidity to help boost the economy and employment.

On Thursday, the Homebuilders’ Index will show a continuing surge in new home activity in early September. The August reading at 78 was the highest ever. I expect September’s reading will remain in the high 70s.

Please don’t rely on the media for news on Covid. Go to https://www.worldometers.info/coronavirus/. See the trends for yourself.

Today Bloomberg reports a major surge in cases in the U.K. Although cases are up, deaths from COVID-19 remain very low there. 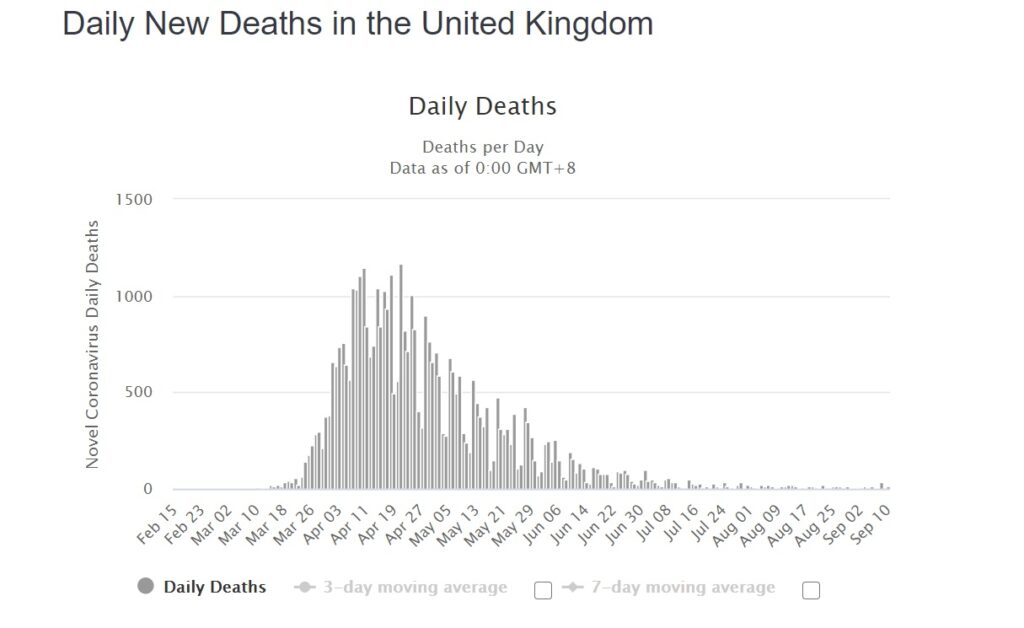 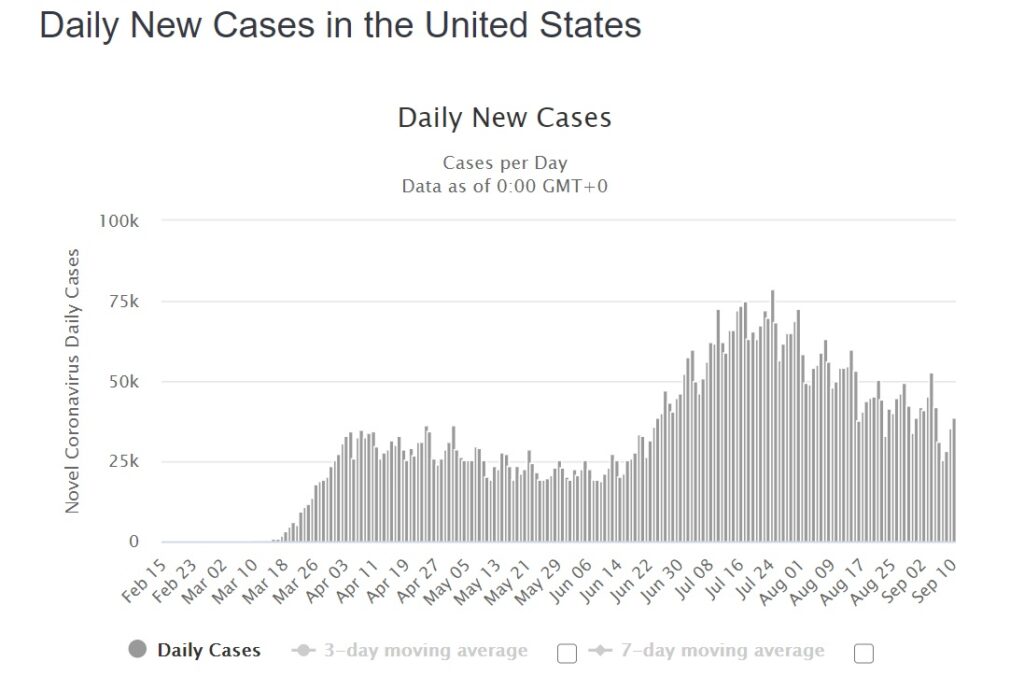 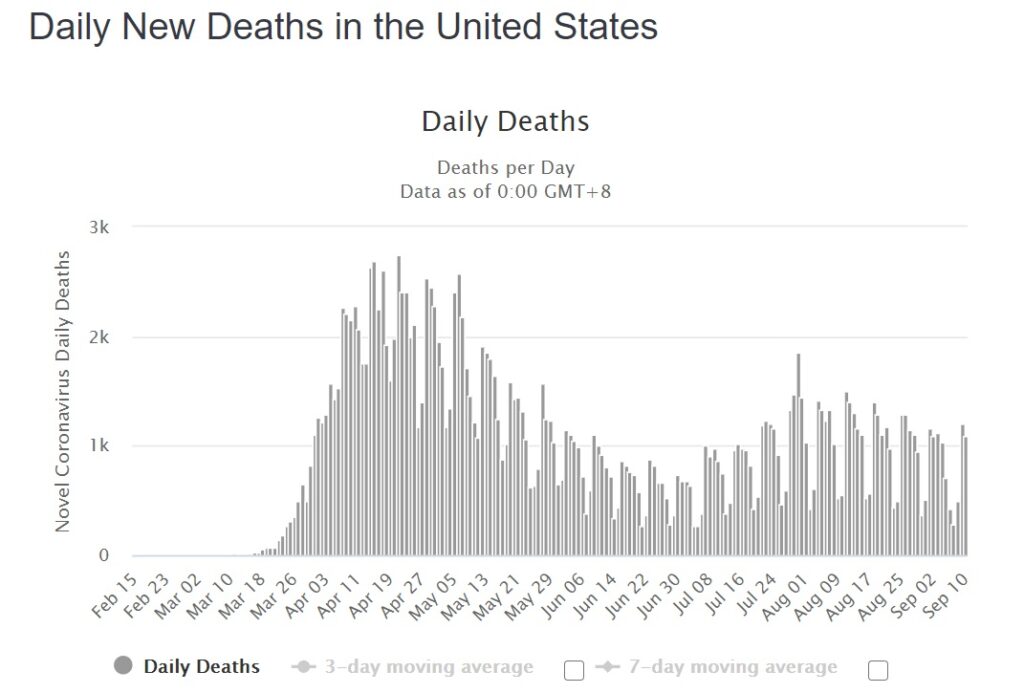 Stocks fell sharply this past week but found support at their 50-day moving average. So long as this support holds, we’ve seen the last of the downward pressure.

The correction in stock prices continued this past week as the Nasdaq and QQQs fell by 5 percent. They are both down roughly 10 percent off their highs of just over a week ago. The Dow, S&P500, and small caps fell by 2 percent to 3 percent as the market continues to consolidate.

On a positive note, the declines brought all major indexes back in the vicinity of their 50-day moving averages. The steep decline in the Nasdaq brought it back from an extremely overvalued position. The S&P500 is now fairly valued.

There was no significant news moving the market. Instead, it appears the market got ahead of itself and is now back on track.

While the market will do what it will do, I expect the most likely course will be a leveling off close to its current position.