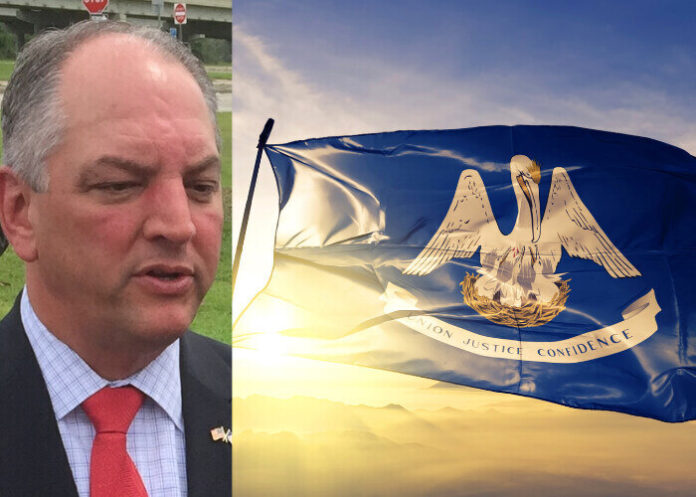 The American Legislative Exchange Council released its first governors ranking, the 2020 Laffer-ALEC Report on Economic Freedom. The scorecard ranked America’s 50 governors based on economic policy performance and executive leadership before and after the start of the COVID-19 pandemic.

“Governor John Bel Edwards continues to struggle with Louisiana’s fiscal and economic situation after taking office in 2016,” the report said. “Louisiana has the fifth-weakest economy nationwide, and Gov. Edwards inability to improve Louisiana’s fiscal outlook contributed to his state being the least prepared for the COVID-19 pandemic of any state.”

The ALEC report also made recommendations that could make Louisiana more comeptitive with its neighbors.

“Adopting a pro-business regulatory climate or improving Louisiana’s tax code to make the Pelican State more competitive compared to regional competitors like Texas or Florida would help to bring new business investment and jobs into Louisiana,” the report said. “While a Democrat working with a Republican-controlled legislature can be a tall order, a pro-growth agenda would likely earn Gov. Edwards bipartisan allies.”

Edwards is a Democrat. Republicans have majorities in both chambers of the state legislature.

Edwards’ office did not respond to a request for comment.

Daniel Erspamer, CEO of the free market nonprofit The Pelican Institute for Public Policy, said the ALEC report reinforces positions that his organization has taken for years.

“At the Pelican Institute, we have been talking about the need for significant policy changes in order to bring jobs and opportunities back to Louisiana,” Erspamer said. “This report highlights a number of those items, including that we have one of the most complex tax codes in the country and fiscal controls that don’t adequately protect taxpayers’ dollars.”

Erspamer offered kudos to Edwards for signing legislation to allow voters next month to decide on a constitutional amendment that, if passed, would limit the growth of government spending based on a number of factors, including the growth of the state’s economy. And he said the governor and the legislature have an opportunity next year to further improve the state’s fiscal outlook.

“We believe the legislature is poised to take up reforms of the state’s income tax code next year,” Erspamer said. “Reforms that the Pelican Institute has recommended include simplifying the code by removing the myriad of deductions and tax preferences, balanced by lowering and flattening the rates.

“The governor has campaigned on the simplification of the tax code. He and legislative leadership will have the opportunity to make good on much-needed reforms in the spring.”