Supreme Court Justices Are Supposed to Be Justices – Not Fortune Tellers 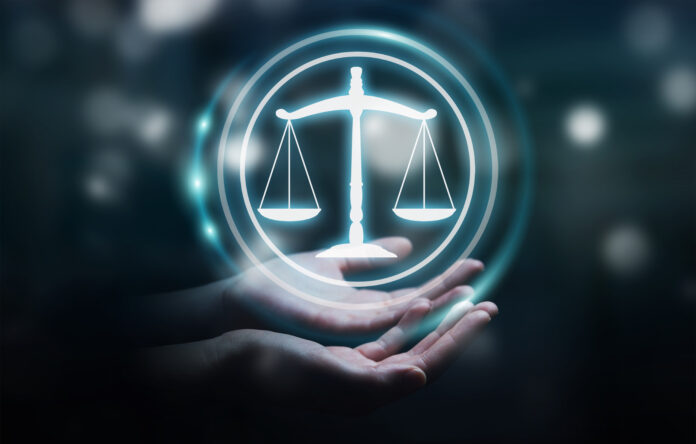 Which has allowed him to continue to hide his dementia in his basement – and wallpaper the world with advertisements.

One of the excruciatingly many ads Biden is running – is a dishonest defense of the exceedingly awful Obamacare law in which he allegedly had a hand.

That awful law doubled health insurance premiums and tripled deductibles – and terminated as many policies as its mandate forced people to purchase.

Enter the Supreme Court.  Which on November 10 will convene to hear this:

“In June, the Trump administration asked the Supreme Court to scrap the Affordable Care Act, also known as Obamacare.

“The administration, along with Texas and 17 other GOP-led states, claim it’s unconstitutional after the Republican-led Congress in 2017 cut the tax penalty for not having insurance, but left in place the mandate that all Americans must obtain coverage.”

Biden’s ad screeches that Trump is looking to cancel health insurance in the middle of the China Flu FREAK OUT!!!

Which is at once fraudulent, histrionic and antithetical to our Constitutional republic.

What Trump and the eighteen states are looking to have the Supreme Court do – is restore a bit of Constitutional order.

Obamacare is unconstitutional.  Want to run your own quick little check to be sure?

Pull up the Constitution on your Web browser – and Control+F search it for “medicine.”  Or “insurance.”  Or any other word having to do with medicine or insurance.

The goose egg you get – combined with the Ninth and Tenth Amendments – means Obamacare is unconstitutional.

Biden’s lying ad notwithstanding.  It is not the Justices’ job to try to predict what may or may not happen as a result of restoring Constitutional order.

The Justices are not fortune tellers.  They wield gavels – not crystal balls.

The Constitution is the most brilliant thing ever written.  Adhering to it will always redound to our benefit.  Which is why it’s the Justices’ only gig.

But we have spent the last half-century-plus allowing Justices (and judges) to venture far afield from their Constitutionally-proscribed confines.

The result?  They have incessantly issued rulings intended to alter the world – rather than to adhere to the Constitution.

They’ve been so far afield for so long – it has preemptively and debilitatingly warped their judicial worldview.

Justices Look for Reassurance That the Sky Won’t Fall When They Rule in Google v. Oracle:

“Google and Oracle each got to have their say in U.S. Supreme Court…when eight justices heard oral argument in the closely-watched battle between the two tech giants.

“The questioning revealed some strong skepticism of Google’s arguments, but also potent fear that a ruling for either side might upend industry practices in computer programming. Both sides claim that a ruling for the other will harm innovation.”

Already, the Justices are looking at this case completely incorrectly.

Again: It is not the Justices’ job to try to predict the ramifications of their rulings.

Unless the ramifications of their rulings – are to the Constitution.  Which they shred just a little more – every time they ignore it in their rulings.

Again: The Constitution is the most brilliant thing ever written.  Adhering to it will always redound to our benefit.

And the Constitution – is clearly on Oracle’s side:

“The Congress shall have Power To…promote the Progress of Science and useful Arts, by securing for limited Times to Authors and Inventors the exclusive Right to their respective Writings and Discoveries….”

Oracle owns Java.  Just like anything else you own – like your car – Oracle can lease access to its Java.  It’s their “exclusive Right” – to do with their property whatever they wish.

Google used 11,500 lines of Java code to make its Android operating system.  Google then released Android – without securing permission (a license) from Oracle to use Oracle’s Java code.  Ball game.

The Email Where Google Admits They Stole the Intellectual Property to Build Android:

“‘The e-mail, from Google engineer Tim Lindholm to the head of Google’s Android division, Andy Rubin, recommends that Google negotiate for a license to Java rather than pick an alternative system….’

“The second paragraph of the email reads:

“‘What we’ve actually been asked to do by Larry [Page] and Sergey [Brin] (Google’s founders) is to investigate what technical alternatives exist to Java for Android and Chrome.

“‘We’ve been over a bunch of these and think they all suck. We conclude that we need to negotiate a license for Java under the terms we need.’”

Google Should Google What ‘Fair Use’ Actually Means:

“‘(In US copyright law) the doctrine that brief excerpts of copyright material may, under certain circumstances, be quoted verbatim for purposes such as criticism, news reporting, teaching, and research, without the need for permission from or payment to the copyright holder.’

“As I am currently doing with this excerpted legal definition of ‘fair use.’

“‘Fair use’ should exist almost solely in the realm of the written word.  Because that’s the only realm in which it makes any real, consistent sense.

“‘Fair use’ absolutely should not be applied to the realm of computer code.  Because it is absurd to attempt to apply it to computer code.”

Oh: And if you aren’t a Supreme Court Justice and want to concern yourself with the ramifications to innovation of this ruling?

If you want to protect and further innovation – the Justices have to rule for Oracle.

Google: ‘If You Don’t Let Us Steal – People Will Stop Making Things for Us to Steal’:

“Imagine you’re mugged.  The thief takes all your cash – and vamooses.

“The police (God bless them) catch the guy.  And off to court you go – to ensure the larcenist receives what he’s judicially due.

“And in court, in his defense, the thief asserts:

“‘If you punish me for stealing money – people will stop making money for me to steal.’

“Your jaw – and the jaws of everyone else in the room with an IQ above nine – would be on the floor.

“This mandible-lowering inanity is precisely the argument Google is about to make before the Supreme Court.

“Google is arguing that if they can’t steal Oracle’s Java computer code – people will stop making things like Oracle’s Java for Google to steal.

“How stupid is that?”

It is very, very stupid indeed.

So in the name of the Constitution, innovation and sanity – the Court must rule for Oracle.

The Justices shouldn’t need an Ouija Board to determine that.