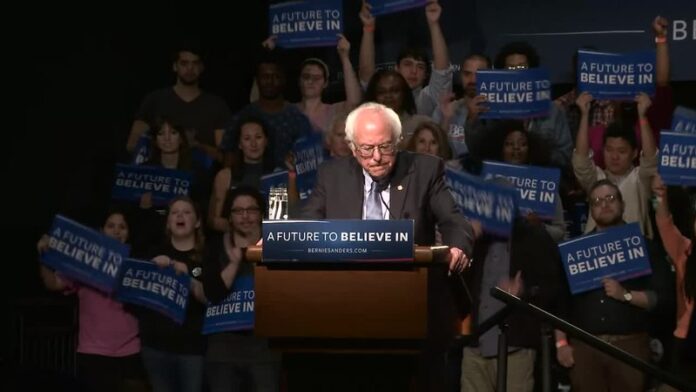 With Big Media having declared barely cognizant, utterly corrupt Democrat Joe Biden the winner of the 2020 presidential elections and paper ballots, let us analyze what the next four years will be like if Biden takes the reins as president.

Hint: things will be exceedingly terrible.

Predicting this does not require Nostradamus-level skills. Consider, for example, this statement in a pro-Biden article at NextGov:“The former vice president has said he will lean on and empower the federal workforce.”

That would be a reversal of one of President Trump’s very many signature successes, the disempowering of the federal workforce:

Trump Cuts 22 Regs for Every New One.

A President Biden reempowering the federal workforce means the imposition of many, many more regulations.

That, in turn, means a great many exceedingly terrible things to come: Nine Radical Ideas in the Biden-Sanders ‘Unity’ Platform.

How did they pare it down to just nine? All of these and more will insanely empower existing government bureaucrats, and the many, many more who will be hired.

Biden’s “unity” platform partner? That would be Vermont Communist Senator Bernie Sanders. (Not socialist—Communist. Sanders is the guy who honeymooned in the Soviet Union.) The Biden-Sanders “Unity Platform” resembles the 1936 constitution of the Soviet Union, as commentator Mark Levin notes:

This is the only “unity” about which Democrats actually care.

This unity has nothing to do with getting along with anyone in the country to the right of Karl Marx. Leftists make Enemies Lists of those people, and they are doing so right now.

The government-mandated atrocities Biden, Inc. has planned for us are nigh-endless. Consider, for example, their plans for tech and Big Tech:

The task force’s proposals are awful for tech, but they are great—and great big gobs of government cronyism—for Big Tech:

“Which means we would pay MUCH more for our Internet service—to subsidize the trillion-aire Big Tech companies.”

Net Neutrality is also a terrible and massive expansion of power for the bureaucrats Biden is looking to empower.

As always, as government expands, the private sector contracts. More regulations mean less investment in the sector being regulated. That is a proven economic truth.

If I am making five dollars on my hundred-dollar investment, and new regulations reduce my five dollars to two dollars, I will find many better places to invest my money. As a consequence of this sensible behavior across the board, the sector in which I was investing will shrink.

Net Neutrality is a longstanding Communist wish-list item.  So says an avowed Communist:

“Net Neutrality’s intent: ‘[T]he ultimate goal is to get rid of the media capitalists in the phone and cable companies and to divest them from control.’…

“Net Neutrality [is] a part of [a] Communist (re)construction project: ‘There is no real answer but to remove brick by brick the capitalist system itself, rebuilding the entire society on socialist principles.’”

Biden’s other main tech policy, “municipal” broadband, is government broadband. It is a way for Biden and his Communist Manifesto friends to “get rid of the media capitalists” and “rebuild … brick by brick” with lots and lots of bureaucrats. This means having bureaucrats pretend to be competent, capable Internet Service Providers (ISPs).

Bureaucrats, however, are awful at pretending to be ISPs (a shocker, I know:

“For decades, local governments have made promises of faster and cheaper broadband networks. Unfortunately, these municipal networks often don’t deliver or fail, leaving taxpayers to foot the bill. Explore the map to learn about the massive debt, waste and broken promises left behind by these failed government networks.”

Biden, Inc. will regulate into nonexistence the fabulously successful private-sector Internet. He will replace it with  government-only, DMV-Post Office Internet.

If Big Government, Big Media, Big Tech, Big Hollywood, Big University, and Big Government K-12 Schools get their wish and Joe Biden does indeed become president, we are in a for a very long and very terrible four years.

A bill under consideration in the Washington state legislature would prohibit several police tactics, including the use of chokeholds, tear gas, and police dogs...
Read more
Budget & Tax News

A bill under consideration in the Washington state legislature would prohibit several police tactics, including the use of chokeholds, tear gas, and police dogs...
Read more