Election 2020: You Can Never Have Too Many Constitutionalist Judges and Justices 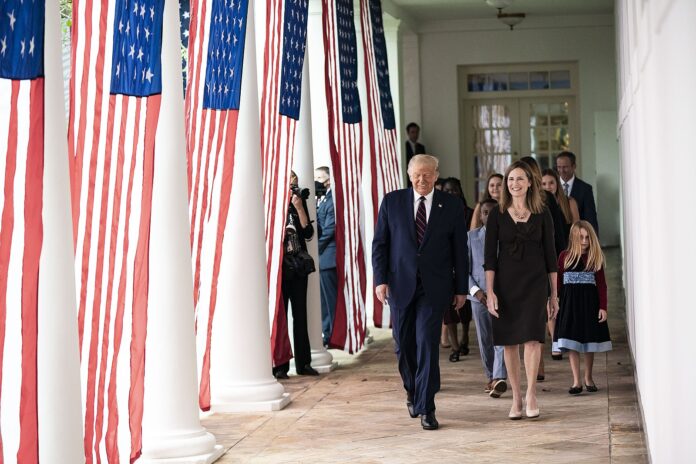 U.S. Senate Republicans may have had their majority saved despite themselves with their last-minute confirmation of Supreme Court Justice Amy Coney Barrett (ACB).

Which also served to remind that despite years of majority inertness, they have been consistently good at confirming President Donald Trump’s judges and Justices.

Meanwhile, the keepers of America’s zeitgeist are yet again desperately trying to pretend their wishful thinking is actual fact.

Au contraire, Madames et Monsieurs. You can never have too many constitutionalist judges and Justices.

Meanwhile, alleged Democrat presidential candidate Joe Biden steadfastly refused to release a list of his prospective Court picks. Or reveal whether or not he’d pack the Court with members of his secret list.

And of course it ain’t just about the Supreme Court. There are a total of 870 federal judicial slots for a president prospectively to fill.

Add it all up, and the Judiciary becomes an even bigger driver of conservative electoral participation.

And most unfortunately, the courts have become way more important than what the Constitution calls for.

Decades of Congress ceding more and more of its constitutional legislative responsibility have allowed unelected judges and Justices to more and more pretend to be legislators and unilaterally write “laws” all by their onesies.

We the People dislike people we don’t elect writing our laws.

Constitutionalist jurists don’t write laws. They look at the law and facts before them through a constitutional prism, and they rule accordingly.

You can never have too many of those jurists. Especially on the biggest court of them all.