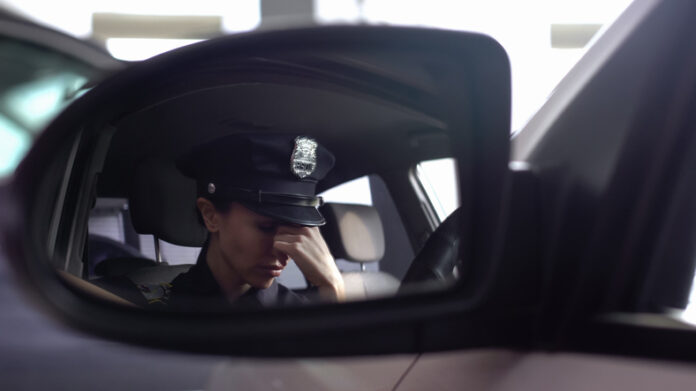 Houston Police Sergeant Sean Rios was shot and killed in the line of duty while responding to shots fired on a freeway at 1:30 in the afternoon. After engaging in a shootout with the suspect, Rios escaped but eventually died of his wounds, as NBC News reports.

“The State of Texas stands ready to assist the Houston Police Department in bringing those responsible for this heinous crime to justice,” Texas Gov. Greg Abbot said upon being informed of Rios’ death.

Rios is the latest law enforcement officer killed in the line of duty as rioters, looters, and vandals continue to run rampant in many U.S. cities. Thirty police officers were injured in the Philadelphia riots in October, CBS News reports. Rioting in June left 132 Chicago police offers injured, Breitbart reports.

FBI statistics show 89 law enforcement officers were killed in the line of duty in 2019. The average age of those killed was 40 years. This year, 148 deaths in the line of duty have been reported so far, FOX 13 reports. The most common cause of death in these cases is by gunshot.

“All good police officers, firefighters, EMTs—they all have a heartfelt desire to protect and defend other people, even if it means self-sacrifice. That’s what sets these people apart,” retired SWAT officer Steve Rodriguez told Budget and Tax News. “Nobody I know joined law enforcement for the money—not one” Rodriguez said.

“The greatest satisfaction I had during my years in law enforcement was being able to help a victim, especially the really helpless ones like children, or even animals,” retired police officer and detective Al Simballa told Budget and Tax News.

While crime is spiking and police officer deaths are increasing, activists and political figures continue to push to defund the police, even in cities rife with crime.

Some Democrat lawmakers complained that Ocasio-Cortez’s two most significant positions—defunding the police and instituting a socialist economic system—are hurting their party’s political prospects, but the New York congresswoman continues to advocate reducing the police budget in New York City.

In addition to defunding the police, Ocasio-Cortez’s views on criminal justice include abolishing prisons, the Washington Examiner reports. Connecting imprisonment to slavery, Ocasio-Cortez tweeted, “That means we need to have a real conversation about ‘decarceration’ and prison abolition in this country.”

Such policies mean letting criminals out of prison and refusing to hold down crime, says columnist Brad Palumbo.

“Let’s be clear about the prison abolition crowd,” Palumbo writes for the Washington Examiner. “They have no viable alternative to imprisoning violent and career criminals.”

Ocasio-Cortez is far from alone in advancing the ideas of defunding the police, decriminalizing criminal acts, abolishing prison, and replacing punishment with restorative justice.

After a recent looting spree in Philadelphia, District Attorney Larry Krasner, a Democrat, told CBS News Philadelphia that restorative justice would be the response to some criminal behavior.

“Often victims are much more satisfied with a restorative justice approach” Krasner said.

In July of this year, Illinois Gov. Jay Pritzker, a Democrat, announced a community-based approach to “reduce the harm of incarceration.” The intent is to send juvenile offenders to regional homes within communities instead of to juvenile detention facilities.

In Multnomah County, Oregon, where rioting, looting, and vandalism have continued unabated for months, the District Attorney, also a Democrat, has refused to prosecute the great majority of the criminal activities happening nightly in Portland. In September, a month of active rioting, the DA declined to charge 90 percent of those arrested, Budget and Tax News reports.

Lives are being lost to violent crime and the demonization of police, U.S. Attorney Bill Barr told FOX News.

“We’re asking people to go into very dangerous situations, to have jobs that are terribly wearing on them as individuals and on their families, to go into potentially deadly situations not knowing what will happen, and we have to continue to attract the best people into these jobs, and unless we support the police, we’re not going to have a police force,” Barr said.

Eden’s report indicates that restorative justice policies reduced detentions in elementary schools but not in middle schools. Students reported teachers had less control in the classroom, and they observed less respect among students.

Among other findings, the report noted restorative justice did not reduce crime.

“Although restorative justice is billed as a way to fight the school-to-prison pipeline, it had no impact on student arrests,” writes Eden.

“And perhaps the most salutary effect of the Trump era is the extreme and extremely justified skepticism of policy elites” toward these ideas, Eden writes.