The Great Reset: Between Conspiracy and Wishful Thinking 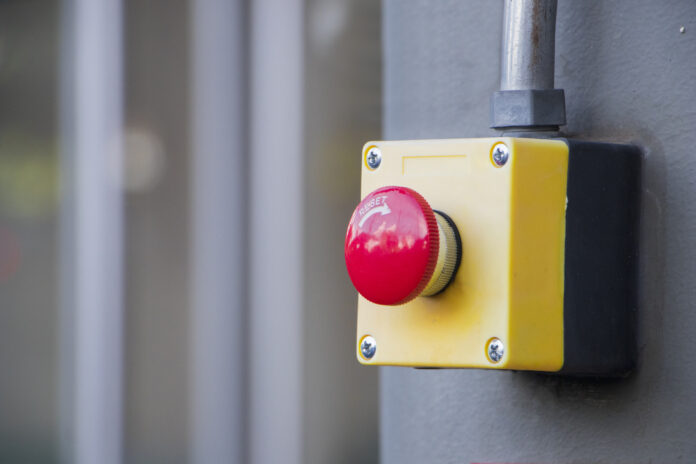 I’ve promised to write a post on Klaus Schwab’s “great reset” but the truth is that I’m a bit uneasy about writing it now. The term has elicited the attention of people willing to see cabals and plots everywhere, as Oliver Kamm aptly writes here. Kamm is certainly right: the global economy is too complex a matter to be managed by whatever malign elite.

And yet a well-meaning, and good-hearted, elite sometimes may speak in ways that suggest they would love to be able to manage the global economy themselves.

Consider this article by Professor Schwab for Time magazine. Here’s a passage that sounds exactly like Rahm Emanuel’s “we should not allow a good crisis to go waste”:

Since those early moments of the crisis, it has been hard to be optimistic about the prospect of a brighter global future. The only…

…immediate upside, perhaps, was the drop in greenhouse-gas emissions, which brought slight, temporary relief to the planet’s atmosphere. It shouldn’t have come as a surprise that many started to wonder: Will governments, businesses, and other influential stakeholders truly change their ways for the better after this, or will we go back to business as usual?

Looking at the news headlines about layoffs, bankruptcies and the many mistakes made in the emergency response to this crisis, anyone may have been inclined to give a pessimistic answer. Indeed, the bad news related to COVID-19 came on top of the enormous economic, environmental, social and political challenges we were already facing before the pandemic. With every passing year, these issues, as many people have experienced directly, seem to get worse, not better.

It is also true that there are no easy ways out of this vicious cycle, even though the mechanisms to do so lie at our fingertips. Every day, we invent new technologies that could make our lives and the planet’s health better. Free markets, trade and competition create so much wealth that in theory they could make everyone better off if there was the will to do so. But that is not the reality we live in today.

Schwab is a spectacularly capable intellectual entrepreneur, who put Davos on all the world grandees’ map. He provided corporate CEOs and politicians with an important forum to meet at and had great success in developing a staggering network and exporting his own model. I should confess I am not familiar with his first book, published in 1971, but Wikipedia (not always the best of sources) describes it as foreshadowing the now popular idea of “stakeholder capitalism”.

I think that is the key point of Schwab’s great reset.

Schwab is the siren of a world where “rather than chasing short-term profits or narrow self-interest, companies could pursue the well-being of all people and the entire planet. companies must be freed from economic calculation”. Their performance ought then to be measured not only on profits but also on “nonfinancial metrics and disclosures that will be added (on a voluntary basis) to companies’ annual reporting in the next two to three years, making it possible to measure their progress over time”.

For Schwab, the rethinking of the capitalist system is not necessarily more urgent because of the pandemic crisis, but it becomes easier, more within our reach, because of the growing role that governments have taken on in recent months. So, let’s not waste a good crisis.

While seeing this as a conspiracy just because “it comes from Davos” is ridiculous, I would appreciate if people could read Schwab with a bit of realism.

Profit is not only a motive but also a yardstick. It is the yardstick against which shareholders can measure directors’ actions. The latter know the company much better than the former. Having to make a profit, having a clear objective, makes it easier for the owners of companies to evaluate their performance. We know this is never easy: scandals and fraud remind us of it. But what would happen if the directors could really say that they are operating, not to make a profit for the benefit of their shareholders, but in the name of some higher ideal?

Why should those “nonfinancial metrics” benefit the company as a whole? It is not clear. If a company is profitable, it is more likely to be able to maintain employment levels and afford to constantly renew its technologies, thereby reducing its environmental impacts. But if a director claims to have given up a share of profits today in the name of a desirable social purpose, who can be sure that this is true?

It seems to me that Schwab’s “improvable capitalism” is above all a more manager-friendly capitalism: managers like those who attend the Davos meetings and who certainly, like each of us, prefer to have a free hand in their decisions as much as possible. “Stakeholder capitalism” sounds nicer than “managerial capitalism” but it is difficult to tell the difference between one and the other. Increasing shareholder value is certainly a clearer formula: it gives you something to assess management’s performance against. But what is stakeholder value? Who are the most relevant stakeholders; whose interests should be prioritized? What if the interests of one group of stakeholders (say, suppliers) are actually in conflict with those of another (say, all those who inhabit a given territory, that risks depletion because of the above-mentioned suppliers)? Why should the managers of a corporation play the umpire between such conflicting interests?

I would be content with this point being clearer in the public debate: if you prioritize other objects than profit, you are actually giving more latitude to managers. This should not ignite crazy conspiracy theories but help us in having a more vigilant public opinion. It is quite bizarre that we tend to divide the world between awful private interests and those who use glowing words. Perhaps glowing words can be aligned with some private interests too.

Originally published by the American Institute for Economic Research. Republished with permission under the Creative Commons Attribution 4.0 International License.

Alberto Mingardi
Alberto Mingardi is Director General of Istituto Bruno Leoni. He is also Associate Professor of the history of political thought at IULM University in Milan and Presidential Scholar in Political Theory at Chapman University. He holds a PhD in Political Science from University of Pavia and edited critical editions of Thomas Hodgskin, Herbert Spencer, and Vilfredo Pareto. His latest book is Classical Liberalism and the Industrial Working Class: The economic Thought of Thomas Hodgskin (Routledge, 2020).