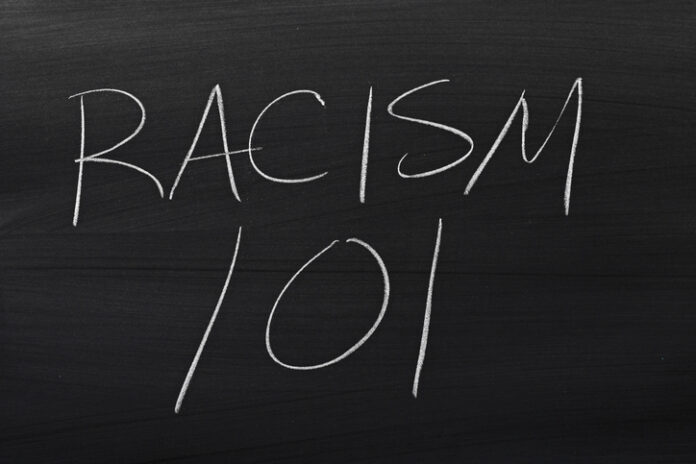 Blue Cross Blue Shield of Michigan (BCBSM) has ordered all the physicians it credentials to undergo a training program  to reflect on their “unconscious bias” against people of color and to learn “bias busting strategies.”

Physicians must complete the “Stanford Unconscious Bias in Medicine” training module by June 25 or face “current and/or future BCBSM value-based reimbursement.”  In addition to teaching doctors how to identify their “implicit bias,” and how to develop “bias busting strategies” in the medical environment, the course teaches doctors how to correct “personal unconscious biases” in everyday life and how “unconscious bias” affects the people they encounter in their jobs.

The company did not say if there were any specific incidents of racism that led to the decision.

The training mandate could be a first step to requiring woke training for all doctors who wish to obtain or keep a medical license. Governor Gretchen Whitmer alluded to such on July 9 when she signed an executive director to “improve equity across Michigan’s health care system.”

The order directs the state’s licensing board to start writing up rules requiring “implicit bias” training for obtaining and renewing licenses and the registering of licenses of other health care professionals. The state’s news release referenced the fallout from the COVID-19 pandemic as the main reason for such a requirement. “As of July 5, Black Michiganders represented 14 percent of the state population, but 40 percent of confirmed COVID-19 deaths in which the race of the patient was known. Covid-19 is over four times more prevalent among Black Michiganders than among white Michiganders.”

Whitmer has close ties to BCBSM.  Her father was the company’s CEO for 18 years and employees raised $145,000 in funds for her election campaign, according to an article in the Detroit Metro Times on August 2, 2018.

Michigan would not be the first to require woke training for health care licenses. On October 2, 2019, California Governor Gavin Newsom signed Assembly Bill No. 241 into law. The bill requires physicians, surgeons, physician assistants, and nurses to undergo “implicit bias” training by January 1, 2022, and beyond that, mandates that continuing education include such training in its curriculum. Medical professions must complete 50 hours of continuing education every two years in California.

Training health care professionals to identify and address is attacking what is arguably a hypothetical problem, says Gabriela Eyal, Ph.D., a clinical psychologist in Michigan. The BCBCM requirement does not yet apply to non-physicians but Eval wanted to speak out given her background. Eval grew up in Romania when it was under Communist rule and practiced under a socialized health care system when she lived in Israel.

“The left was quick to attribute the disparity to what they named systemic racism and implicit bias in healthcare,” said Eyal.  “But will this awareness and training do anything for the minorities and the disadvantaged? Not really. If anything, they will do more harm than good. The concept is being used cynically as a fig leaf as the left continues to neglect those they claim to help.”

Eyal says the primary reason why more Blacks have died from COVID-19 than Whites is because of their poorly served urban neighborhoods. Many urban residents have to travel long distances, often using public transportation to buy food, medication, and see a doctor. Maintaining healthful lifestyles can be a challenge. “Consequently, there is a higher incidence of chronic diseases like type 2 diabetes or high blood pressure, which are in turn poorly managed.”

Such residents often rely on Medicaid for health care, which creates other problems, similar to what she witnessed under socialized health care programs.

“It is very difficult to find a primary care physician as it is, let alone one that accepts Medicaid. When they do eventually find a primary care physician, Medicaid patients end up with a 15-minute visit conducted by rushed doctors who have to spend more than 50 percent of their time wrestling with electronic health records instead of providing direct care to patients. Most likely, those fifteen-minute visits will result in a referral to one or more specialists. But, alas, the wait time to see a specialist for Medicaid recipients is months long, at times a year or more.”

Medicaid enrollees often seek primary care in emergency rooms, says Eyal. “With a Medicaid card, a person can see a doctor for free in the emergency room after a few hours wait instead of weeks or months as an outpatient,” said Eyal.

These are the real causes of racial disparities in health care, says Eyal. “How will a  doctor’s ‘improved attitude’  shorten her patient’s wait to see a specialist or to have physical therapy close to home? What implicit bias training really does is give the left a false sense of moral superiority and satisfaction because in their minds they did something to address the problem,” said Eyal. “Socialist solutions, like implicit bias training, end up harming those who they claim to help.”