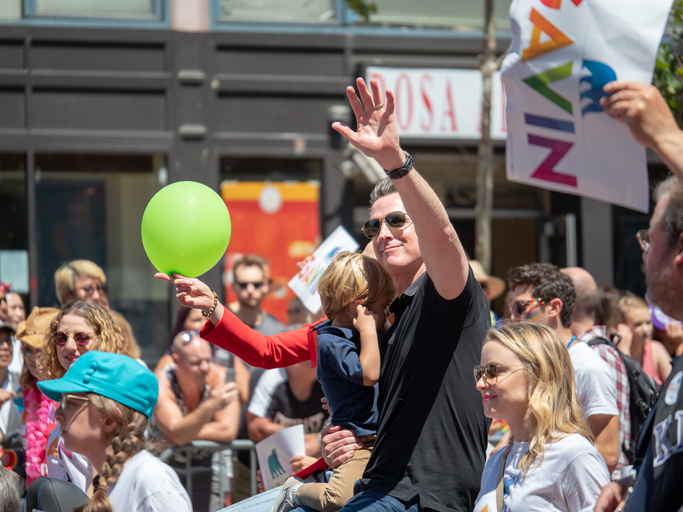 Gov. Gavin Newsom of California has proposed a budget that would send taxpayer money to those with the lowest incomes in order to stimulate state’s economy, KCRA news reports. Newsom is proposing $600 of taxpayer money be sent to each of the approximately four million people in the state whose incomes are less than $30,000 per year. The cost to the state’s taxpayers would be $2.4 billion.

The budget report from the state legislative analyst’s office calls the economic recovery in late 2020 “incomplete and uneven” because some Californians have fared better than others.

“Many low‑income Californians remain out of work, while most high‑income workers have been spared,” the report states.

In May, California faced the largest budget deficit in the state’s history after the economic impact of the government-imposed lockdowns in reaction to the COVID-19 pandemic, The Hill reports. The California Department of Finance was estimating an unprecedented deficit of $54.3 billion for 2021.

The legislature also made changes to the budget when the economic impact projections were most dire. Those resources can now to be applied to the 2021 budget. This revenue and budget adjustment is a one-time fix, a “windfall” that cannot be replicated in future budget years, the legislative analyst’s office reports.

The largest amount of state funds goes to government schools, the Los Angeles Times reports. The state also has a generous social safety net. The amount of money needed to support these programs is expected to continue to grow.

“Too much of this budget is out of touch with everyday Californians,” Grove said in a press statement. “More than 50 percent of Golden State residents are already considering fleeing because Democrats have imposed high costs on too many basic necessities. The governor offers a lot of new programs, but it’s time to get back to the basics such as lowering the cost of living, ensuring safe communities, providing high-quality education, and serving the disabled.”

“Today, we continue to see the fruits of a decade of hard work by Democratic legislators and governors to craft responsible budget after responsible budget, which paid down debts and built up reserves, while protecting our priorities and reflecting California’s values,” Adkins said.

State Senator Scott Wilke (R) lambasted the budget in a statement posted to his website.

“The budget reflects how out of touch the Governor is with the priorities of average Californians,” Wilke wrote. “He proposes spending over $3 billion dollars on things like zero-emission car infrastructure for state workers and other climate innovations, while Californians are wondering where their next meal will come from. EDD [unemployment] benefits remain frozen, distance learning is a disaster, and small businesses are folding like a deck of cards.”

The budget now goes to the state legislature for consideration, where it may take several months before the lawmakers sign off on a final version.