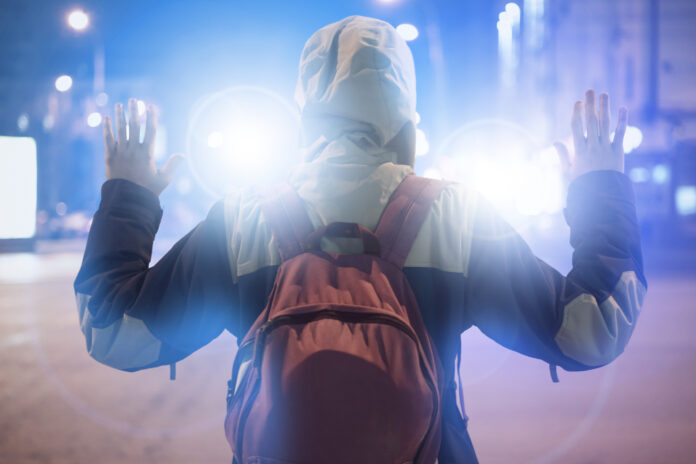 Washington law enforcement may arrest someone younger than 18 if they have probable cause to believe they committed an offense or have a warrant for their arrest.

Under state law, a juvenile must be 12 years old to waive their constitutional rights such as consenting to a search or questioning by law enforcement without a consulting attorney.

The bill would grant Washington juveniles immediate in-person or remote access to an attorney before waiving any such rights to a member of law enforcement save for instances in which undergoing questioning is a matter of life and death.

James McMahan, policy director for the Washington Association of Sheriffs and Police Chiefs, testified against the bill on Wednesday, telling state lawmakers it could hinder officers’ abilities to stop crimes in progress.

“If we respond to a 911 call, where somebody reports being victimized by another and our officers encounter someone in the vicinity that matches the description of the accused offender, must we first provide them access to an attorney before briefly questioning them to exclude them and also hinder our ability to find the actual culprit?” McMahan said.

Supporters of the bill argued on Wednesday that false confessions from young people are plentiful and can create lifelong harm.

Lara Zarowsky, executive director of the Washington Innocence Project and affiliate instructor at the University of Washington School of Law, said as much to members of the House Committee on Civil Rights and Judiciary on Wednesday.

“As we know, anyone who has children, anyone who knows child, children are particularly vulnerable,” Zarowksy said. “They are more susceptible, they’re more compliant, and they’re more vulnerable to outside pressure, especially when that’s a position of authority. Once that confession happens, they are very often retracted, but that is not what gets into the system.”

The Washington Innocence Project has found that out of 375 people exonerated in U.S. criminal cases since 1989 due to DNA evidence, 29% were prosecuted based on evidence from false confessions. Of those cases, 75% resulted in murder charges while another 5% warranted death row sentences. Nearly a third of those exonerated were age 18 or younger at the time of their arrest and 60% were Black.

Katherine Hurley of the King County Department of Public Defense also testified in support of the bill on Wednesday, arguing it was a positive step in confronting racial injustice.

“We know when we don’t respect young people, when we don’t ensure they know their rights, they lose faith in our legal system and that makes all of us diminished and devalued,” Hurley.

Young people color made up half of Washington’s juvenile inmates in 2018, according to a Washington State Minority and Justice Commission report.

Latino or Hispanic and Black rates of juvenile incarceration were double and triple their representation among the total state population of 13% and 4.4%.

“The fact of the matter is, as a police officer or a sheriff’s deputy, we’re fact finders,” Runge said. “I think this bill comes from a good place, but I just think that you’re limiting our responsibility as law enforcement officers, which is solving crimes and finding the facts and protecting the citizens of Washington state. There are many more successful cases than there are unsuccessful.”

Stephan Thomas, a Seattleite of color from South Chicago, voiced support for the bill on Wednesday, saying that no number of successful cases could justify even one false confession.

Thomas also pointed to testimonies from people of color on Wednesday as proof of how dependent positive experiences with law enforcement are on race.

“I’m thankful for those good officers who are doing good things,” Thomas said. “But the reality is that one bad confession within our system is way too much. We need these types of protections in order to prevent that from happening.”

In reply, Washington Rep. Brad Klippert, R-Kennewick, who is a Benton County Sheriff’s deputy, theorized that officers would be forced to take every juvenile they interact with to jail just provide them legal representation.

Thomas replied that providing juveniles access to an attorney is as simple as an officer calling up an attorney on their own phone.

“You can just pick one up, and call an attorney, and pass that to the young person so they can have a conversation with an attorney just down the street,” Thomas said. “You do not have to arrest everyone to effectuate this law.”

Legal services offered in the bill would be paid by counties, a prospect which drew concern from Juliana Roe, policy director with the Washington State Association of Counties.

Roe testified on Wednesday that trial court public defense cost Washington’s 39 counties about $157 million in 2020 or a 9% increase over 2019.

“This is not a cost counties can cut,” Roe said. “If you are making this change, you also provide the money to fund it.”

As written, HB 1140 takes effect 90 days after the adjournment of the legislative session in which it is passed.