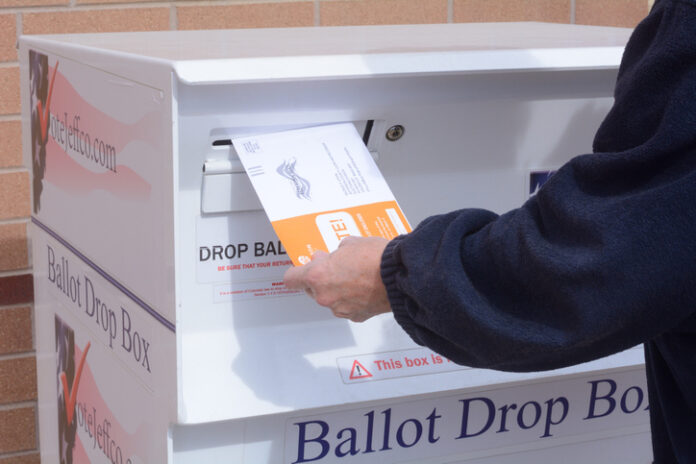 For more than a year, an alliance of left-wing activists and business titans worked together behind the scenes to ensure President Donald Trump would lose the 2020 election, through a variety of means ranging from changing voting systems and processes to pressuring social media companies to exert their substantial influence.

“Their work touched every aspect of the election,” reports Molly Ball at Time magazine. “Both sides would come to see it as a sort of implicit bargain inspired by the summer’s massive, sometimes destructive racial-justice protests in which the forces of labor came together with the forces of capital to keep the peace and oppose Trump’s assault on democracy.”

“The meetings became the galactic center for a constellation of operatives across the left who shared overlapping goals but didn’t usually work in concert,” Ball writes. “The group had no name, no leaders and no hierarchy, but it kept the disparate actors in sync.”

Activists in the group convinced Congress to direct hundreds of millions of dollars in COVID-relief taxpayer funds  toward administration of the election. The CARES Act eventually included $400 million in grants to state election administrators. Private philanthropists filled in the remaining funding gaps.

A significant piece of the plan involved social media. Veteran progressive operative Laura Quinn had been researching online interactions and determined that the more responses to a posting, regardless of its veracity, the more attention it received, as the algorithms promoted what was deemed popular. She advised the team that the solution was to “pressure platforms to enforce their rules, both by removing content or accounts that spread disinformation and by more aggressively policing it in the first place,” Time reports.

As a result, information and opinions in support of President Donald Trump or the Republican perspective were suppressed as social media giants “de-platformed” conservative accounts and censored stories deemed negative towards Democrat candidate Joe Biden, The Epoch Times reports.

Elected officials and other parts of the government were also brought into the plot. Former U.S. House of Representatives leader Dick Gephardt, a Democrat, was responsible for this aspect.

“We wanted to get a really bipartisan group of former elected officials, Cabinet secretaries, military leaders and so on, aimed mainly at messaging to the public but also speaking to local officials—the secretaries of state, attorneys general, governors who would be in the eye of the storm—to let them know we wanted to help,” Gephardt told Time.

Gephardt also raised $20 million from his private sector contacts to fund the effort.

Dr. Richard Ebeling, Professor of Ethics and Free Enterprise Leadership at The Citadel, says the effort was all about expanding government and not election integrity.

“The constantly played theme is that only they—‘the left’—reflect the ‘democratic’ and ‘true’ will of the people,” Ebeling told Budget and Tax News. “Notice how at one point the organizers, working out various scenarios, refer to the need for active and organized ‘resistance’ demonstrations if Trump had, again, won the Electoral College while losing the popular vote.”

Throughout the campaign, Podhorzer warned the teams that President Trump had more support than the public opinion polls were showing. Trump would probably have been reelected if not for the manipulation effort, says Ebeling.

“Notice, also, that the prominent ‘conspirators’ for a democratic leftism triumphant began to ‘worry’ in 2019 that Trump might be re-elected,” Ebeling said. “What was the economic situation as 2019 was ending and 2020 was beginning, before the coronavirus crisis came on the scene? Unemployment overall and for almost every subgroup of the labor force was at the lowest recorded rates in decades. Real income for middle- and lower-income groups was rising significantly, and GDP was growing at a respectable, if not an above-average, annual rate.

“In other words, to the extent that voters voted their pocketbooks, regardless of whether they liked or disliked the personality of the man in the White House, there was a strong probability that Trump would, again, win the Electoral College and maybe this time around even the popular vote,” Ebeling said.

The death of George Floyd provided another opening for this group of opportunists, Time reports. Many of the violent mob riots and criminal activities attributed to the George Floyd death were initiated by organizers belonging to Podhorzer’s network. Many of those groups were later placed on alert to resurrect the uprisings should Trump win reelection, Time reports.

“The [Time] article points out that many in the business community were fearful of a repeat of the violent and property-destroying rioting witnessed in the summer of 2020,” Ebeling said. “If Trump won, the radical leftist thugs would be out in force and threaten untold destruction and financial losses to private enterprises, small, medium, and maybe even large. They wanted to guarantee peace from the Left by conspiring with them to bring about Trump’s defeat to save themselves from another season of violent ‘love’ in the streets of American cities. That is, these corporate and business executives showed themselves to be moral cowards. Better to pay off the extortion racketeers than to stand up to the ‘social justice’ thugs.”

The article acknowledges the alliance’s control over the rioting by Antifa, BLM, and other violent groups.

“In other words, Podhorzer and his crew effectively controlled the actions of Antifa and Black Lives Matter—if not completely, then at the very least during these critical moments and days,” writes Carlson.

What is surprising is not that these people conspired to swing the election but that they openly admit it, says political commentator Jeff Charles.

“Progressive political operatives, media activists masquerading as objective journalists, Democratic politicians, major corporations, Big Tech censorship brigades, and many more actively worked together to ensure a Biden victory,”  Charles wrote at Red State. “But nobody could have expected that one of the nation’s most prominent publications [would] put out a piece admitting what most conservatives already knew: a cabal of far-left progressive entities, institutions, and individuals colluded in a comprehensive conspiracy to oust former President Donald Trump during the 2020 election season.”

The project is undeniably sinister, says Donald Kendal, a research fellow and co-leader of the Stopping Socialism Project at The Heartland Institute, which publishes Budget & Tax News.

“The Time magazine article is tantamount to an exposé revealing the actors who manipulated the election process to ensure Trump’s defeat,” Kendal told Budget and Tax News. “The actions described in this 6,000+ word article go beyond ‘fortifying’ democracy and well into legitimate conspiracy territory.

The Time article shows contempt for the public, says Carlson.

“The terminology and framing of issues bring us to a peculiar characteristic of the article,” Carlson writes. “It’s written as though 75 million Trump voters simply don’t exist—as though a nation was somehow wholly united against a self-imposed second term of a Trump presidency. There is no acknowledgment that President Donald Trump enjoyed support from a large segment of the population. When the term ‘voters’ is used, it’s always in reference to those who were voting against Trump and for Biden.”

“The article highlights the extent to which the country has degenerated into [corruption] by the hands of those who are the actual anti-democrats determined to impose their ‘progressive’ agenda on the country by any and all political means,” Ebeling said.

The effectiveness of the election project shows “the bankruptcy of far too many in the American business community who far too often end up supporting the ideological forces that have the ultimate goal of bringing down capitalism and the idea and ideal of liberty that are the basis of the country’s history and material success,” Ebeling said.