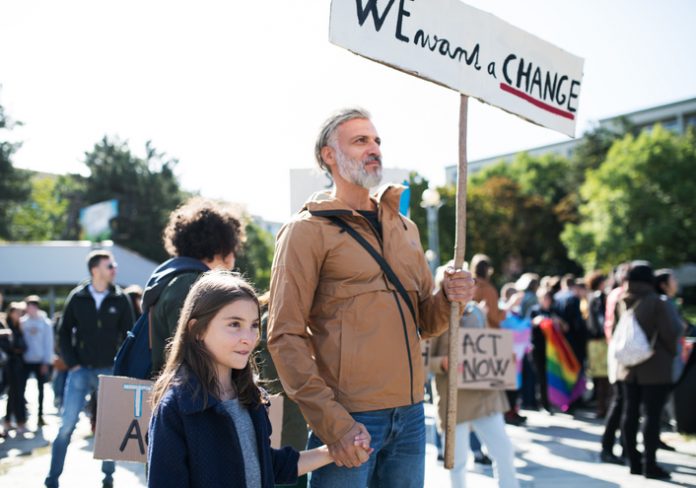 A coalition of organizations concerned about the implementation of Critical Race Theory (CRT) and other racist teaching joined to advise states on how to improve their control of school curricula.

The education policy experts provided a road map for legislators interested in combatting the expansion of the harmful curriculum, the Heritage Foundation reports in a press release.

Stopping teachers or students from being compelled to affirm, believe, profess, or adhere to any idea that violates the Civil Rights Act of 1964.

Prohibiting schools from contracting for teacher professional development with providers who promote racially essentialist doctrines and practices that have been held to violate the Civil Rights Act.

Allowing individuals to bring a private right of action against any public institution engaged in racial discrimination.

Requiring schools to provide maximum transparency to parents and the public with comprehensive access to in-person and online school curriculum and materials.

Aligning school board elections so that they are held at the same time as those in the state for the highest offices.

Enacting universal education savings accounts for all K-12 students in the state so that parents can choose an education that aligns with their values.

“Parent rebellions against the indoctrination of their kids—whether it be teaching critical race theory or falsehoods about American history—have created a moment to define not just what education needs to look like but how we’re going to transform our schools,” Roberts writes.

The letter asks policymakers to listen to the parents. The communication reads in part, “Every generation is responsible for transmitting the lesson that America offers equality under the law and the opportunity for human flourishing to everyone regardless of their race, ethnicity, or country of origin. Public schools are a crucial setting where children should be taught this lesson.”

Several states have already passed laws banning CRT in the classroom. As of November, 10 states have banned the teaching.

Some legislatures specifically ban the teaching of the “1619 Project.” The curriculum, created by The New York Times, “consists of a series of literature that collectively portray the United States as an inherently racist nation built upon white supremacy,” columnist Fredrick Macaulay writes at Liberal Watch.

Several other states are considering proposed bans on CRT and other racist ideology.

In Alabama, the state’s Board of Education approved a resolution to ban instruction that indoctrinates students in any political ideology or any teaching promoting one race or sex above another.

Florida teachers are prohibited from using materials from the 1619 Project. The Georgia Board of Education approved a resolution affirming the United States of America is not a racist country and Georgia is not a racist state. The resolution also rejects the use of curricula teaching any racist political ideology.

In Utah, teachers are banned from promoting the idea that race determines character. In Arkansas and Montana, the states’ attorneys general found the teaching of curriculum infused with CRT to be unlawful. The governors of South Dakota and Mississippi have proposed legislation against CRT in their states.

Gov. Kristi Noem of North Dakota is calling for a “restart” to the education process in her state.

“I have asked the Department of Education to restart the process from the beginning,” Noem said in a statement. “I want to ensure we propose standards that accurately reflect the values of South Dakota. Our kids deserve to learn both America’s and South Dakota’s true and honest history, taught in a balanced context that doesn’t pit our children against each other on the basis of race, sex, or background.

“More work needs to be done to get this right, and we are committed to seeing that process through,” Noem said.

Idaho has tasked the lieutenant governor with reviewing curriculum. Lt. Governor McGeachin is organizing a task force to “examine indoctrination in Idaho education and to protect our young people from the scourge of critical race theory, socialism, communism, and Marxism,” the statement reads.

“As I have traveled around the state and spoken with constituents and parents, it has become clear to me that this is one of the most significant threats facing our society today, “McGeachin said in the statement. “We must find where these insidious theories and philosophies are lurking and excise them from our education system. Idahoans are increasingly frustrated by the apparent lack of awareness and leadership coming from the state on these issues.”

“The approach of some Republican-led state legislatures is a method for continuing to roll back racial progress regarding everything from voting rights to police reform,” Ray writes. “This is a horrible idea and does an injustice to our kids. Laws forbidding any teacher or lesson from mentioning race/racism, and even gender/sexism, would put a chilling effect on what educators are willing to discuss in the classroom and provide cover for those who are not comfortable hearing or telling the truth about the history and state of race relations in the United States.”

Former Vice President Mike Pence, a Republican, spoke on education freedom at Patrick Henry College at the end of October. Pence told the audience there is a national movement of parents and patriotic citizens rejecting curriculum that divides the nation.

“Public education belongs to the American public,” Pence said. “Parents should be back in the driver’s seat in American education.”

As parents got a view of what is being taught in classrooms when schools went to remote learning during the Covid lockdowns, they realized their children were not being educated in history but indoctrinated into radical left-wing ideology, Pence told the audience.

“Patriotic education is essential to the survival of liberty, and we must demand that it is taught in the schools of our nation,” Pence said. “Critical race theory is nothing more than state-sponsored racism, and it should be opposed by every American of every race and creed and color in every school in our land.”