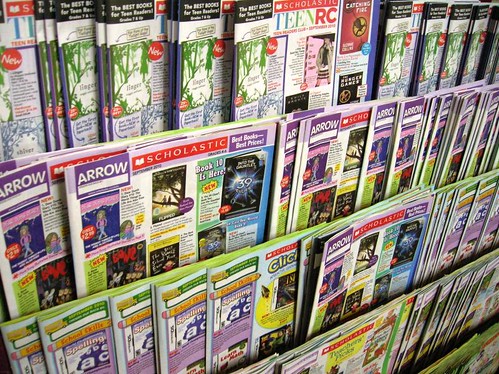 The nation’s dominant children’s book publisher, Scholastic Press, is under fire for pushing leftist ideology in its education materials designed for children.

As the largest provider of books for schools across the United States, Scholastic Press has a near-monopoly on curriculum materials in the nation’s education system.

The access the organization has to the education community gives Scholastic outsized influence on children. This level of access is concerning because leftist, anti-American ideology is infused into many of the materials. Scholastic Corporation, connected to almost every school in the country, pushes children towards a woke ideology, Daily Wire reports. Books highlight anti-American themes, Critical Race Theory (CRT), sexual activities, gender ideology, and other left-wing ideas.

Conservative book publisher Heroes of Liberty has launched an effort to inform parents of the materials Scholastic is exposing their children to, in hopes of uniting parents to force their removal from schools, Daily Wire reports.

Heroes of Liberty editor and board member Bethany Mandel says she wants to warn parents the indoctrination of their children extends even in their own homes, as students obtain books and other educational materials directly from the publisher. Scholastic has access to children through book clubs and book fairs at which children can select books without a parent’s oversight, Mandel told the Daily Wire.

“What is frustrating to me as a parent, it’s not just the books that are overtly sort of political in this way, there are also super award-winning books that kind of sneak it in,” Mandel told Fox News.

Mandel describes one of the books available through Scholastic which introduces the concept of transgenderism.

The publisher takes advantage of a system that deliberately prevents parental and taxpayer control over what children are taught.

Manhattan Institute Fellow Chris Rufo says a variety of parties in the education system are behind the introduction of these materials, and many governments are complicit in the deception.

“Around the country, however, many professional associations and some educators are betraying taxpayers and parents, not infrequently with the support of policymakers,” Rufo writes at his website. “They do so by supplementing lessons about math and reading and civic responsibilities with intolerant, racially discriminatory pedagogy.”

Rufo advises parents to be attuned to the Marxist worldview of Critical Race Theory, and he calls on legislators to promote a “pro-parent” agenda demanding transparency in schools’ curriculum choices.

As parents become aware of the content of the lessons their children have been exposed to, they demand to know more about the curricula, Rufo writes. Among other things, parents now know the schools are indoctrinating children with a racist agenda taught through Critical Race Theory.

“They learned that public schools were forcing third-graders to deconstruct their racial and sexual identities, showing kindergarteners dramatizations of dead black children and warning them about “racist police,” and telling white teachers that they were guilty of ‘spirit murdering’ minorities,” Rufo writes.

Attorney Luis Robles says he has seen this coming for a long time.

“It was always very subtle in the beginning,” Robles said. “Then as these folks started to gain control of these programs, instead of just wanting to teach equity and what equity is to students, there were departments of equity and inclusion. Then there were equity directors at every level. Then more was put into the curriculum, and it was self-reinforcing. It just became more and more obvious,” Robles says.

Schools have little trouble finding Leftist lesson plans and materials. One of the most widely used history books in the nation is Howard Zinn’s A People’s History of the United States (1980). Zinn’s book has sold more than 2.5 million copies and is used in schools and libraries across the country.

Zinn’s writing retains this popularity among educators despite having been extensively debunked.

“Howard Zinn was a lousy historian but a superb propagandist whose textbook on American history has been read by (or at least assigned to) vast numbers of students,” writes George Leef for National Review.

Zinn was a Marxist who called for a “quiet revolution.” Mary Grabar, Ph.D., author of Debunking Howard Zinn: Exposing the Fake History That Turned a Generation Against America, told Breitbart in an interview in November of last year that what the Left is planning is a socialist revolution through the indoctrination of children.

“And they’ve been producing generations of people who will vote for these leftist candidates and these leftist causes, and so they do have a political effect,” Grabar told Breitbart.

During the pandemic lockdowns, parents were shocked when they saw what their children were learning in school, Grabar says.

“I think people are waking up, but we need to keep the momentum going, because these people in education, as I know from having spent 20 years in the classroom, will not remain silent,” Grabar told Breitbart. “They will not rest, and their ultimate goal is a political revolution.”

It is dishonest to claim that the United States has failed to stand for equality and human dignity, writes former U.S. Secretary of Education William J. Bennett at TownHall.

“History, properly told and learned, encourages truth,” Bennett writes. “It does not cover up wrongs. It tells the story of both justices and injustices. And it is true that, at times, the United States has fallen tragically short of its ideals. But we must remember that America is still a great success story.”