UN Expert: Global Food Crisis Could be Just 10 Weeks Away 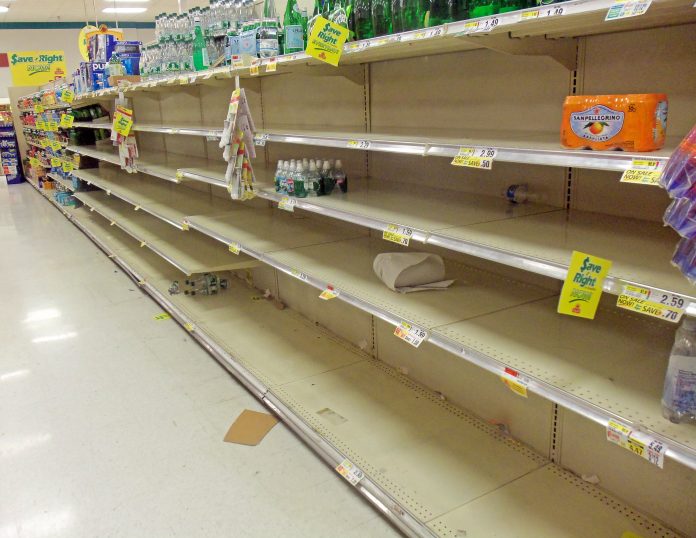 Asoftware CEO predicts that a number of factors could lead to a global food shortage in just 10 weeks, according to a dire statement before the United Nations.

As reported by Just The News, Sara Menker, CEO of the software company Gro Intelligence, told the UN that the coming food shortage could be “seismic,” unlike anything the world has seen in modern history. She says her company has determined this likelihood by using both human and artificial intelligence to calculate the impact of key world events on the global food supply chain.

“[T]he Russia-Ukraine war did not start the food security crisis,” she pointed out. “It simply added fuel to a fire that was long burning. A crisis we detected tremors from long before the COVID 19 pandemic exposed the fragility of our supply chains.”

Ukrainian President Volodymyr Zelensky himself made a similar warning, as his nation accounts for as much as 10 percent of the world’s supply of grain and corn. Russia and Ukraine combined make up 30 percent of the world’s grain supply. As such, the war between the two nations has greatly exacerbated an already-struggling supply chain trying to recover from the COVID-19 pandemic.

“Russia has blocked almost all ports and all, so to speak, maritime opportunities to export food – our grain, barley, sunflower and more. A lot of things,” Zelensky said to Fox News. “Now it will create a food crisis if we do not unblock the routes for Ukraine, do not help the countries of Africa, Europe, Asia, which need these food products.”

“It is important to note that the lowest grain inventory levels the world has ever seen are now occurring while access to fertilizers is highly constrained,” Menker continued in her statement to the UN. “And drought in wheat growing regions around the world is the most extreme it’s been in over 20 years.”

“And it can get much worse,” she warned ominously. “Data shows the food security challenges we face will last several years. Without substantial immediate and aggressive coordinated global actions, we stand the risk of an extraordinary amount of both human suffering and economic damage. This isn’t cyclical, this is seismic. It’s a once in a generation occurrence that can dramatically reshape the geopolitical era.”

Eric Lendrum is currently a co-host of The Right Take podcast.