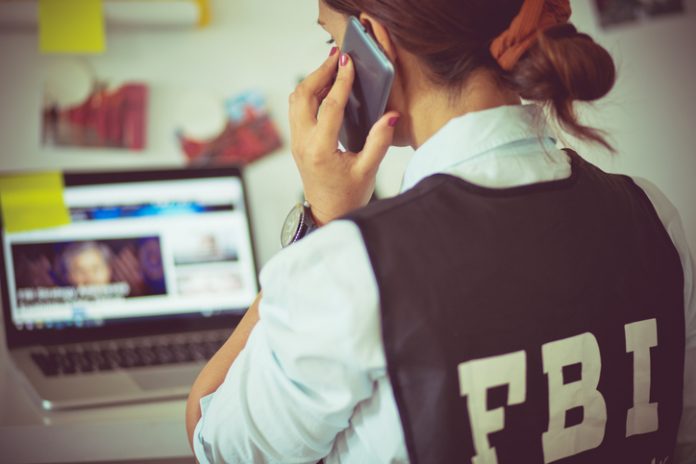 In response to a letter sent by Reps Matt Gaetz (R-Fla.) and Jim Jordan (R-Ohio), Perkins Coie, the legal arm of the Democrat party, admitted this week that “the FBI has maintained a secure work environment within Perkins Coie offices” since 2012.

A jury of Democrat donors in Washington D.C. on Tuesday found Michael Sussmann, a former law partner at Perkins Coie, not guilty  of making a false statement to the FBI in September 2016 when he told the feds that he was not working on behalf of any client.

Gaetz appeared on “Tucker Carlson Tonight” to talk about this shocking new revelation.

The Florida congressman explained that he had learned from a whistleblower that Perkins Coie, “the law firm that received 42 million dollars from the Democrat party,” had been sharing a workspace with the FBI.

“Why in the world would that be the case?” Gaetz asked. “Why would [FBI Director] Christopher Wray allow it to continue?”

Gaetz told Carlson incredulously that a person operating out of that work space for the past 12 months was none other than Michael Sussmann himself.

He  noted that the FBI in 2017 had dismissed Sussmann’s allegations regarding the Trump organization’s links to Alfa Bank.

“Now we learn that for four years after that lie, Michael Sussmann was in fact operating this secure work environment,” Gaetz exclaimed.

“What reason would there be for that? And what leverage would the Perkins law firm have over the FBI given this work they’re doing together?”

Carlson was flabbergasted by the special arrangement between the FBI and the Democrat law firm.

“This is not normal, correct?” he asked Gaetz, a lawyer.

“I have spoken to former federal prosecutors on the Judiciary Committee, and throughout the country, and I’ve not heard any describe a relationship like this with a private law firm,” Gaetz replied. “And especially because Michael Sussmann was an election lawyer! Why in the world would an election lawyer be operating out of this facility in this way?!” he exclaimed.

Gaetz said that it was his hope that the facility will be shut down.

“The Democrat party shouldn’t have this special access, this special portal to the FBI, especially knowing what we do now—that they were often trying to take this opposition research, and use that for law enforcement counterintelligence purposes,” he said.

For more information about the FBI.

Debra Heine
Debra Heine is a conservative Catholic mom of six and longtime political pundit. She has written for several conservative news websites over the years, including Breitbart and PJ Media.